Volvo‘s attack on the midsize luxury segment and the German cars which dominate it, the 2017 S90, arrives this year, but the seasoned Swedophile knows more interesting sheet metal is still to come. Due to arrive on US shores in 2017 is the Volvo V90, a wagon that aims to give American buyers traditionally averse in recent years to that particular body style something to sway them.

With an exact launch date for the US market still to be decided – the V90 will land in Europe earlier – it’s too soon for final-spec cars. Nonetheless, Volvo built a small fleet of V90 T6 AWD pre-production models for press to test out ahead of time. 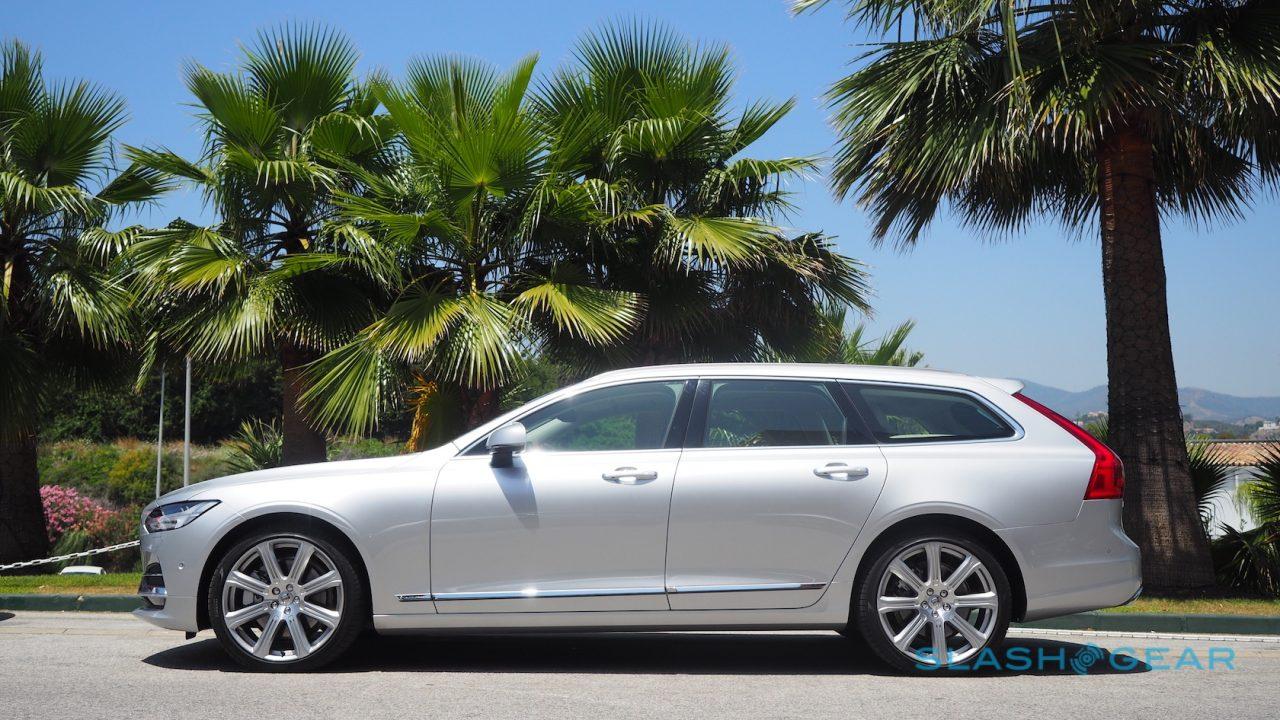 Built on Volvo’s Scalable Platform Architecture (SPA) just like the S90, the V90 shares its sibling’s short overhangs, low and wide stance, fairly high waistline, and lengthy, lowered side glass. The handsome fascia is kept, too, with its distinctive Thor’s Hammer LED lights and scalloped grill.

What’s new, of course, is the elegant rear. This is no boxy Volvo of old, designed with a ruler and a set-square: the hatch gets a rakish angle that, though compromising just how much of IKEA’s finest you can fit inside, makes this possible the best-looking wagon in memory. 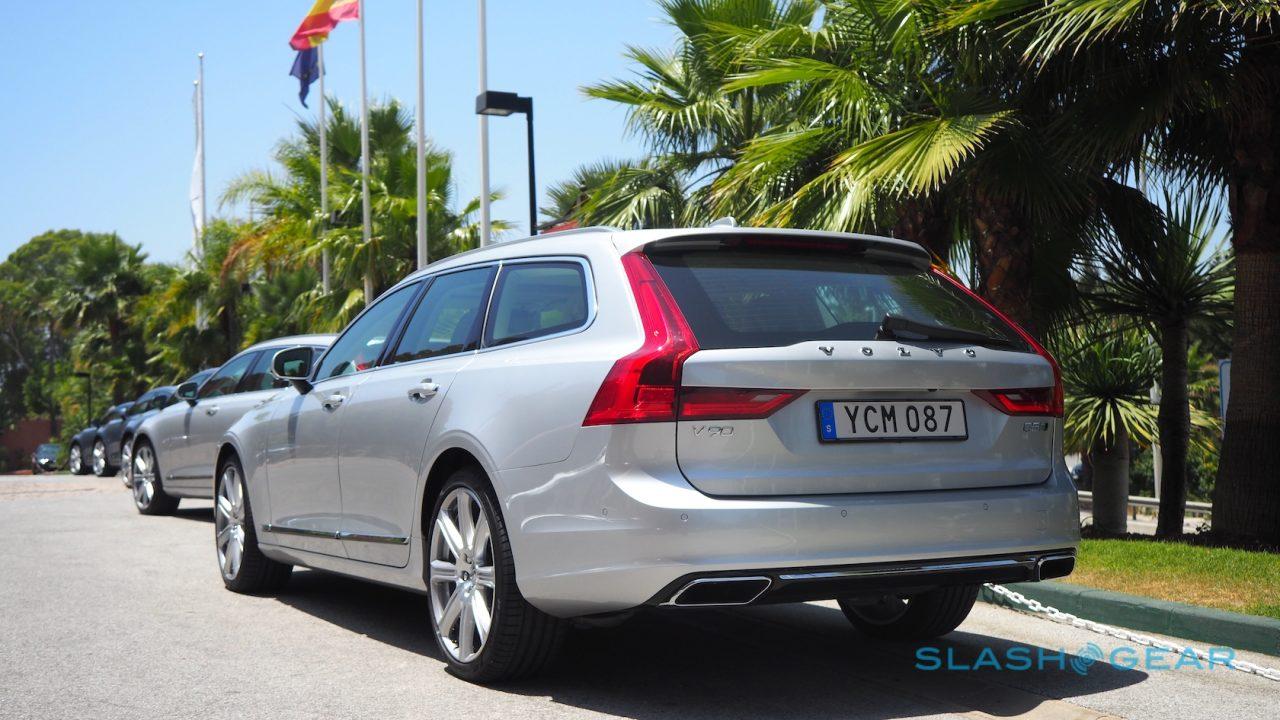 To my eyes it’s a more cohesive body at the back than the S90, which could be considered a little busy in its surfacing. I certainly prefer the V90’s tail-lamps, following the contours of the glass and the trunk like neon hourglasses. It’s mature, and confident, and – yes, I’ll say it – sexy.

Inside, the V90 shares its sedan sibling’s dashboard, dominated with the SENSUS Touch infotainment display and punctuated with strakes of real metal and wood. The lighter color finish suits the car much more; with black leather and the corresponding trim, it can feel smaller than it actually is. 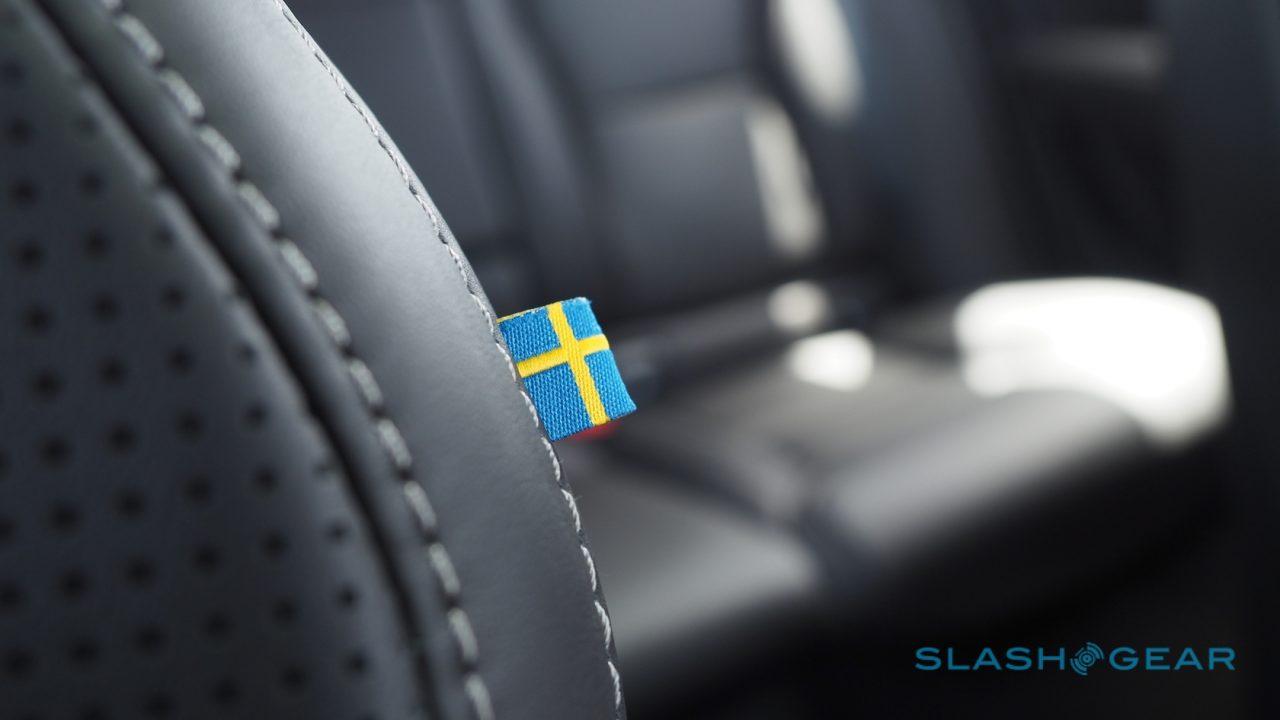 In fact, headroom is good – I enlisted the help of a Swede well in excess of six feet to try the back seat and tell me whether his head hit the roof liner: it didn’t – and the bench seats fold down flat for even more cargo space should you require it.

On the road, the V90 drives much like the sedan: composed over rough asphalt, and capable of soaking up potholes and bumps. Switching to Dynamic in Volvo’s drive mode system is advisable if you want to tackle corners aggressively, since in Comfort there’s more noticeable understeer, but generally everything I said about the S90 holds true for the V90. 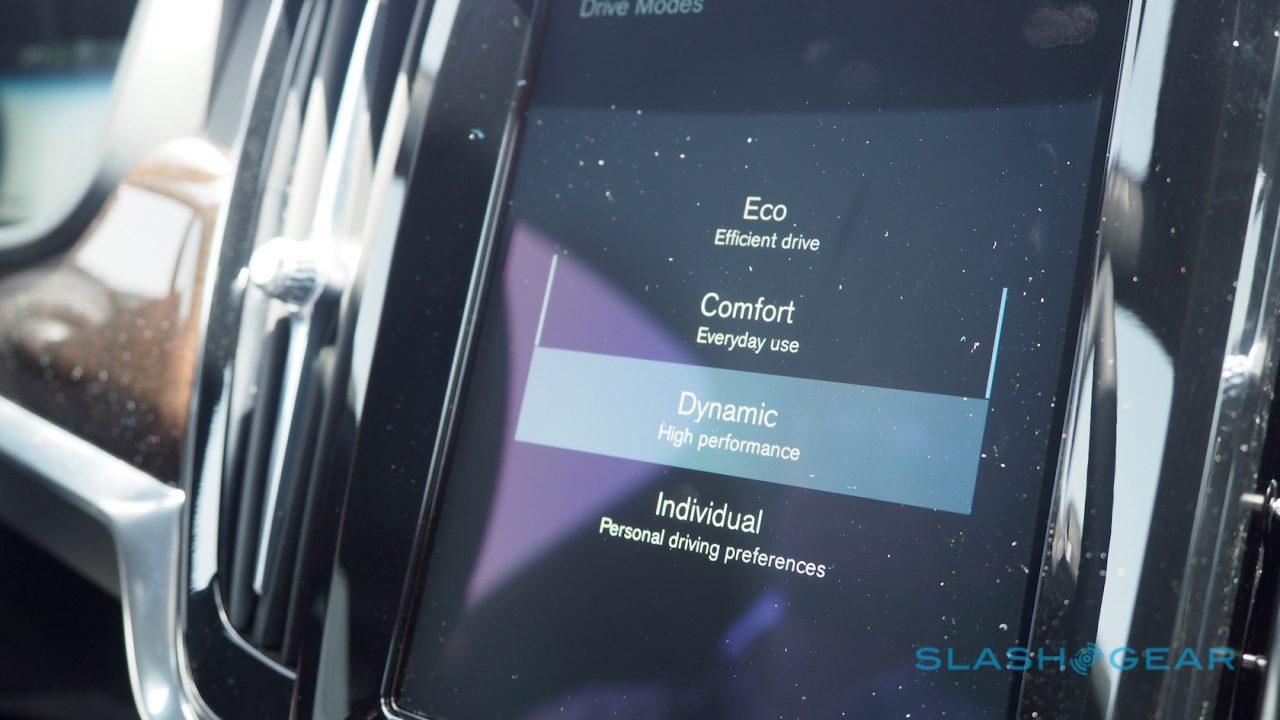 One small point of difference was the noise. In the S90 T6, in Dynamic mode, the engine had a much more aggressive note than the V90 T6 in the same setting. It’s worth noting that Volvo does some electronic noise enhancement in the cabin, like much of the industry, and I did wonder whether it was that which was different, though the acoustics of the greater internal space undoubtedly contribute too.

I’ll have to wait until production-status cars are ready before I can make a final judgement, then, but it seems an unexpected number of would-be owners have already made up their mind even without driving the car. 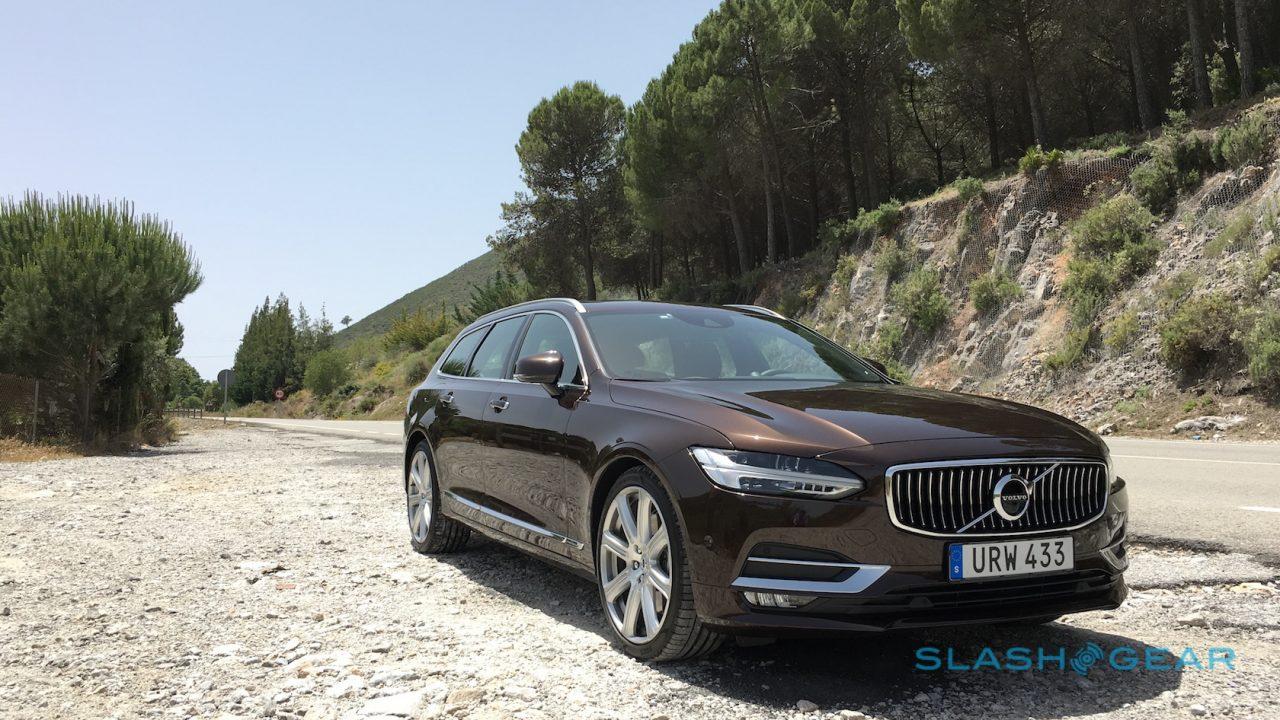 Public reaction to the V90 has been, Volvo execs told me, surprising in just how positive people are about the design, particularly in the US. At the same time, they’re loath to get too carried away with just how much of that interest will translate to buyers.

Actual numbers aren’t being talked about yet, but the expectation is that, in the US at least, the tendency to prefer crossovers rather than wagons means the V90 Cross Country is likely to be the stronger seller. 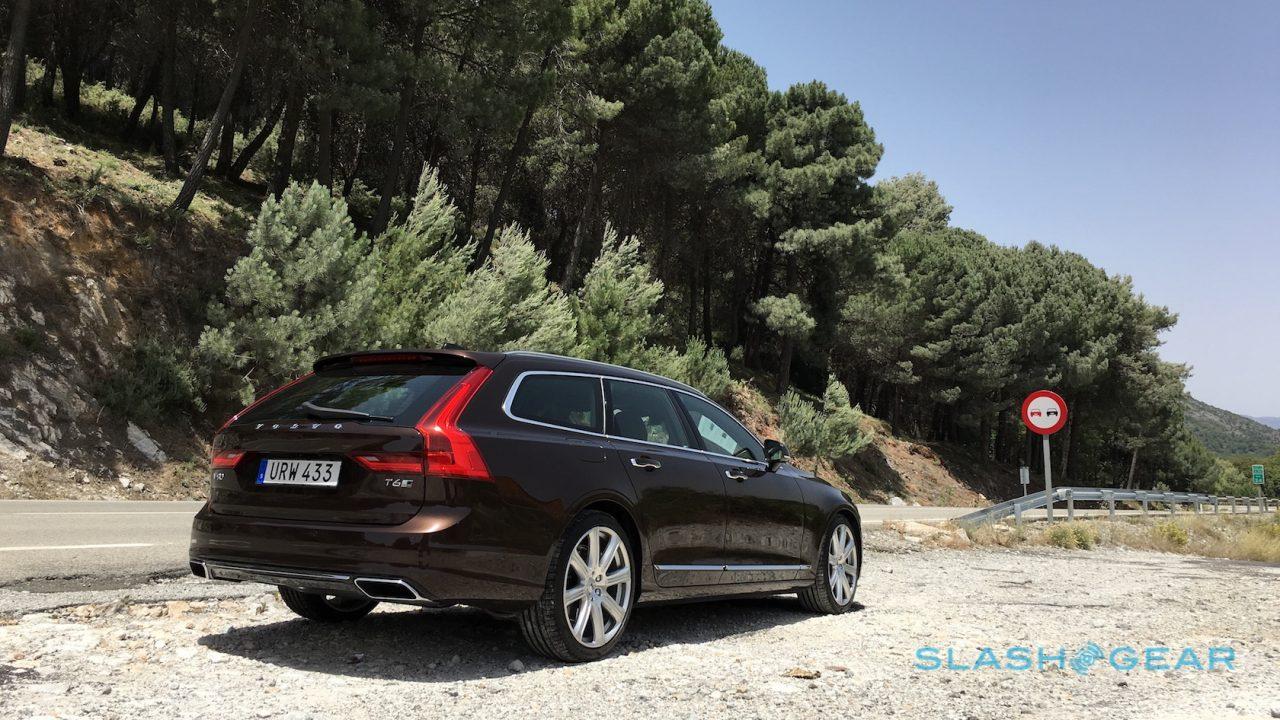 Pricing for the V90 will be announced closer to its 2017 release, though it’s likely to carry a premium of some degree over the S90, which itself starts at $46,950 for the T5 engine. Both T5 and T6 engines will be offered, and though Volvo says no decision has been made on the T8 Plug-In Hybrid, it seems unlikely that the company’s ambitious electrification strategy will stop short of the wagon.

What I really want, though, is a V90 Polestar, but that may have to wait. The Polestar team – now in-house at Volvo, though left, I’m told, much to their own devices – is providing a “Polestar Performance Optimization” package for the car, with tweaks to engine, transmission, and throttle, but it’s not the ballistic excess I fell in love with on the V60 Polestar recently, and neither will it get the distinctive cyan paint. 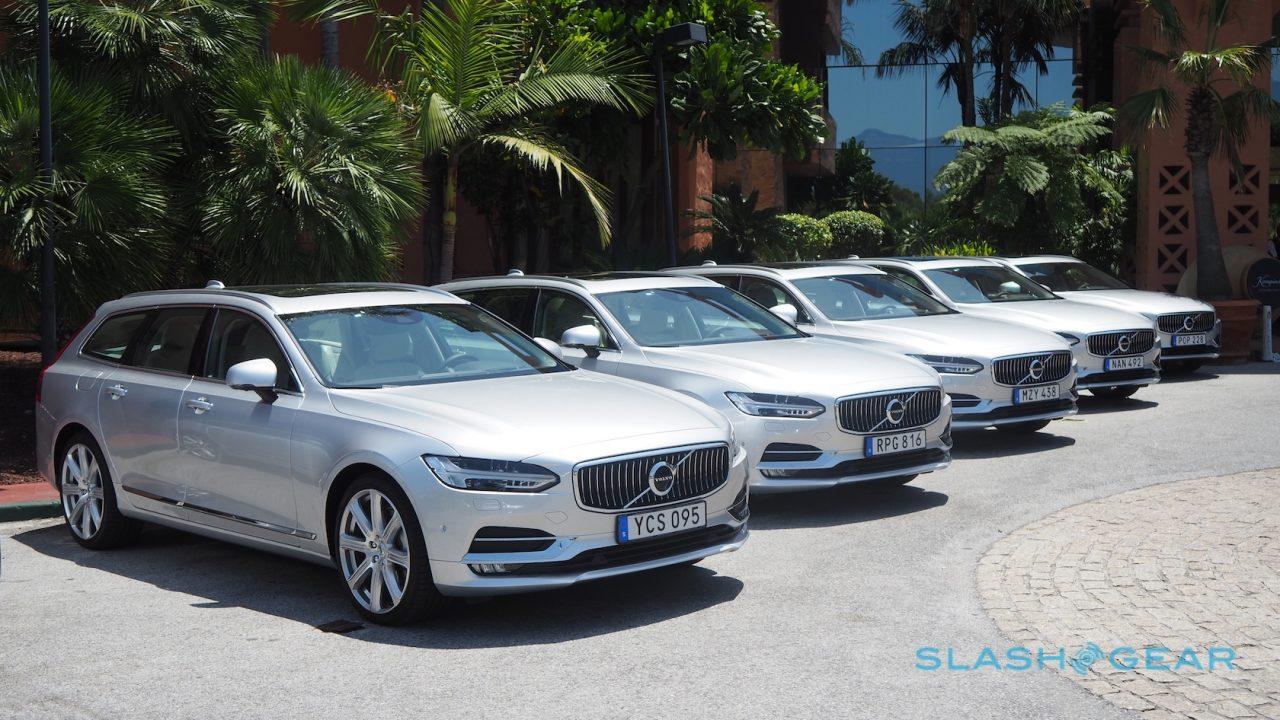 Rather, the V90 will be elegant and mature; it’s not often a metallic brown car proves eye-catching, but a finish that might make other vehicles look dowdy somehow suits a Volvo wagon just fine.

America will undoubtedly embrace the S90 more warmly than the V90. Those looking for the purest, most Swedish interpretation of midsize luxury, however, will opt for the V90 instead, safe in the knowledge that they’re driving something far rarer and far more interesting. 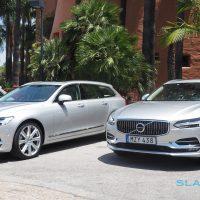 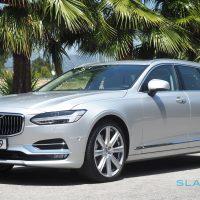 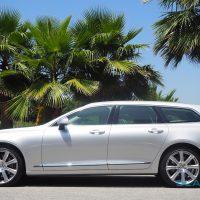 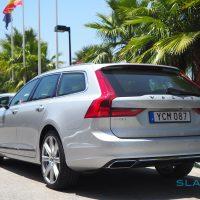 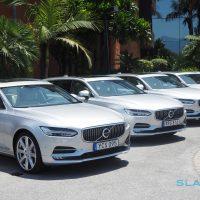 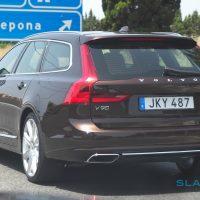 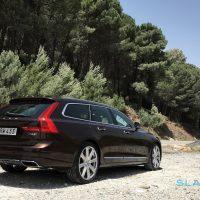 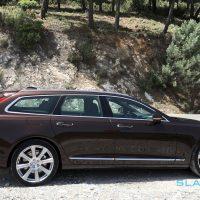 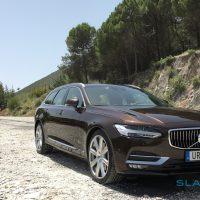 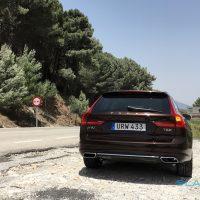