Nissan has been teasing EV fans a lot of late with little tidbits about the all-new 2018 Leaf EV. one of the big things that we know is that the Leaf will be cheaper than the Tesla Model 3 and the Chevy Bolt EVs. A leak also showed a car that will have rather mild styling, this is no surprise since Nissan wants to lure people to buy the car rather than offering something with polarizing style along the lines of the Toyota Prius.

Nissan has announced that the 2018 Leaf will be on display at the first ever Technology in Motion exhibit in Detroit. The car will be on display for three days at the event and will be one of the first chances for the public to see the new Leaf after its global unveiling. Nissan will also be showing off its Nissan Intelligent mobility tech, this technology is Nissan’s “blueprint” for changing how cars are driven.

Nissan says that it is packing the new Leaf with “our most available advanced technologies.” Nissan Intelligent Mobile tech allows the driver to be more confident and to better see what’s around the car. This is done with tech such as ProPILOT Assist that is able to handle control of acceleration, braking, and steering during single lane driving on the highway. Increasing levels of autonomy will be offered in the coming years. 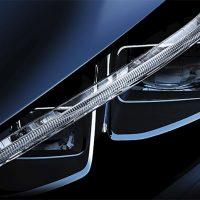 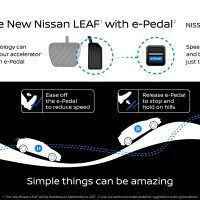 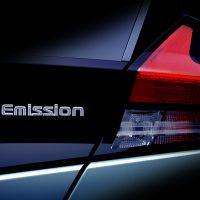 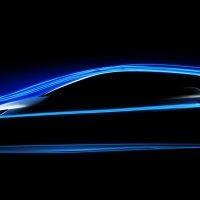 Nissan is also integrating its e-Pedal system that allows drivers to completely stop and go using nothing but the accelerator pedal, eliminating the need to hit the brake pedal in stop and go driving. Nissan also announced recently that it would be showing of the new Leaf during 2017 National Drive Electric Week starting on September 9 in Seattle, San Diego, and Alpharetta, Georgia.

“The timing couldn’t be better. Bringing LEAF to some of the most enthusiastic EV advocates just days after its global debut is the perfect way to kick things off for this technology-packed car,” said Brian Maragno, director, Nissan EV Marketing and Sales Strategy. “We can’t wait to show off the all-new LEAF to electric vehicle owners and enthusiasts during National Drive Electric Week.”