Details about the new 2018 Nissan Leaf continue to leak, with pricing the latest to emerge ahead of the electric car’s official debut in early September. The all-new EV is expected to improve range and efficiency, as Nissan attempts to reclaim its spot at the top of the electric vehicle sales charts. Now, what appears to be a prematurely-published spec sheet has given an insight into how it might go about doing that.

The leak comes courtesy of Autobytel, a car pricing database, which briefly posted – then pulled – what’s seemingly a Nissan specifications sheet. Autoblog caught it before it was removed. The cheapest 2018 Leaf S will apparently be $29,990, according to the document, and there’ll be a Leaf SV from $32,490. The most expensive model will be the Leaf SL, from $36,200. These prices are before any federal or state tax incentives or credits, it’s assumed, and come in almost $700 less than the 2017 Leaf. 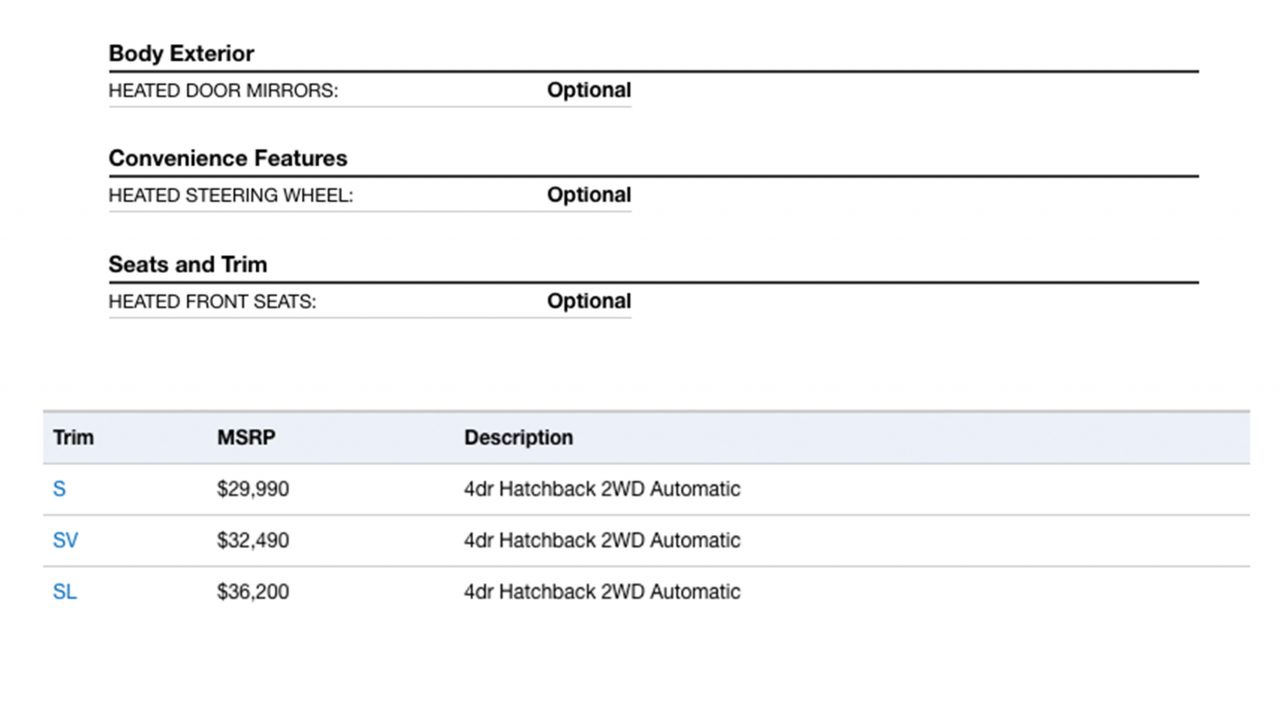 It would also mean Nissan has undercut its key rivals, too. Chevrolet’s Bolt EV – which is, admittedly, expected to still beat the 2018 Leaf on range – starts at $36,620 before incentives and credits. The Model 3 is arguably targeting a different segment altogether, but on paper at least the 2018 Leaf is around $5k cheaper than Tesla’s cheapest version.

Affordability has certainly worked in Nissan’s favor in the past. For some time, the Leaf was the best-selling EV on the market, with owners drawn to its low price and reasonable range for the time. That pattern only began to change as the competition raised its game: in the high-end, the Tesla Model S began to snap up environmentally-conscious drivers with deeper pockets, while Chevy’s Bolt EV offered roughly twice the range that the Nissan did.

The leaked spec sheet does omit one key detail, of course, and that’s just how far the 2018 Leaf will run on a single charge. Nissan execs have previously indicated that around 200 miles is a realistic expectation, depending on how the car is driven. The specs claim the 3,433 pound EV will have a 40 kWh battery, which is 10 kWh up on the outgoing car. However, it’s still smaller than the 60 kWh in the Bolt EV.

That may well just be a compromise drivers have to accept in return for the aggressive pricing. Despite eye-catching concept cars that suggested Nissan was considering a more striking design for its future EVs, leaked images of the 2018 Leaf have indicated that, in reality, the automaker is still targeting the mass market with less divisive aesthetics. The performance lives up to that too, with the specs indicating 147 horsepower and 236 lb-ft. of torque.

We’ll know all the details come September 5th, when Nissan will officially unveil the car. Although the new Leaf trails the Bolt EV and the Model 3 to reaching buyer’s garages, the combination of Chevy-beating price and Tesla-shaming production capacity might be enough to help it pick up some of the slack.