Chevrolet has unveiled the 2015 Corvette Z06, taking the Corvette Stingray into true supercar territory with 625+ HP from a supercharged 6.2L engine, and set to hit dealerships from early 2015. The hotly-anticipated car was revealed at the North American International Auto Show today, in addition to the new Z07 performance package aimed at those using the car for track driving, and which Chevrolet says, in its testing, has already out-performed the 2014 Corvette ZR1.

Although at first glance the familial resemblance between the Z06 and the Stingray is clear, the new car is almost completely different where it most counts. That starts with the engine, the LT4 V8 6.2L with a compact supercharger that boosts power compared to the regular car by almost 37-percent more in horsepower and 40-percent more in torque.

Chevrolet says the supercharger – a 1.7L Eaton R1740 TVS – spins up faster than previous models, too, so its boost comes earlier in the Z06’s RPMs. Other changes include new aluminum cylinder heads for better heat resilience, titanium intake valves and machined connecting rods for a cut in mass, and forced aluminum pistons for higher strength. 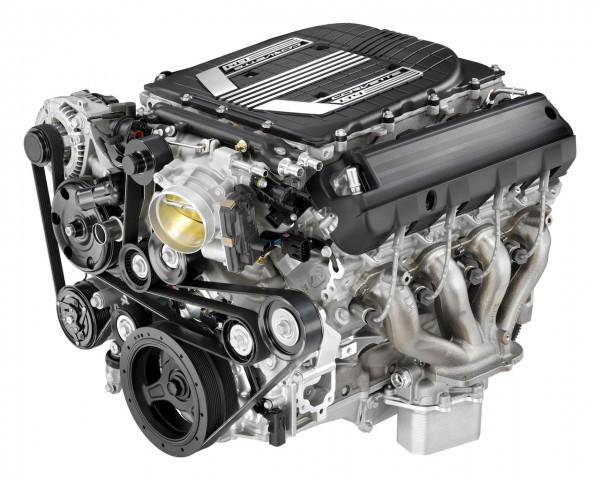 It’s paired with a seven speed manual transmission with Active Rev Match as standard, though an 8L90 eight-speed auto with paddle-shift is an option. The latter shouldn’t be seen as a cop-out, either, Chevrolet insists, with a total of four gearsets and five clutches, upshifts that are up to 8/100ths of a second faster than a Porsche 911, and – compared to the six-speed auto in the Stingray – 5-percent more efficient and more than eight pounds lighter.

The tires get larger over the Stingray too – 1.5-inches wider on the front, 2-inches wider on the back – while the fenders are longer and the car overall looks lower, in part thanks to the rear lamps being pushed further out. On the Z06 there are two-piece steel rotor brakes with six-piston aluminum calipers on the front and four-piston on the rear; the Z07 steps that up to bigger, carbon ceramic-matrix brake rotors, for a total saving of 23 pounds over the regular brakes.

Outside, three aero packages will be offered. The standard car gets a front splitter, front wheel spats, a carbon-fiber vented hood, and the Stingray Z51 Performance Package spoiler. A carbon-fiber aero package throws in a front splitter with winglets, rocker panels, and a larger rear spoiler, all out of the lightweight material; it can be optionally left unpainted. 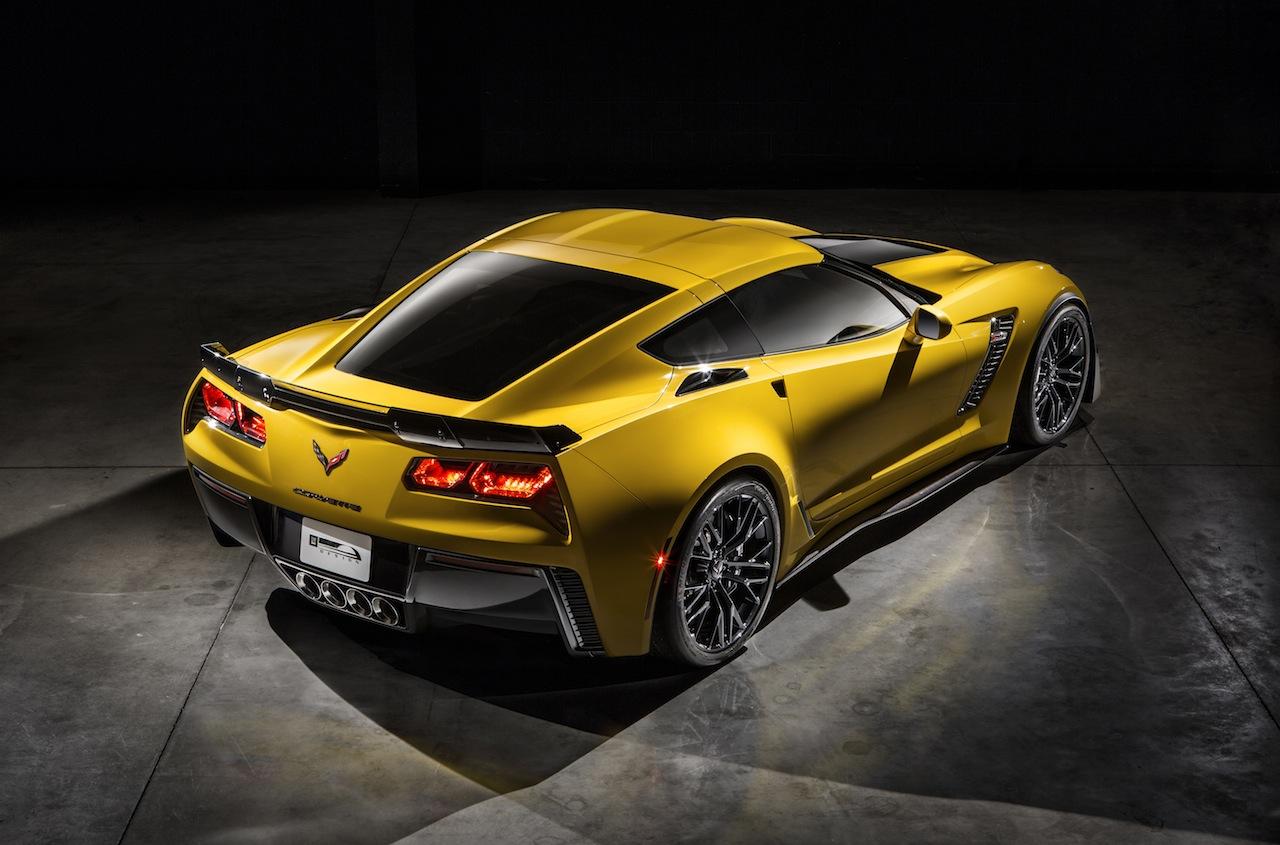 Finally, the Z07 package boosts the size of the front splitter winglets, and adds an adjustable, transparent center section on the rear spoiler. All three get air blades over the rear fender inlets, pushing 50-percent more air into the transmission and differential coolers versus the Stingray. There are also standard front and rear brake-cooling ducts.

The Magnetic Selective Ride Control dampers are standard on the Z06, rather than optional as on the Stingray, while the Driver Mode Selector has been reprogrammed to suit the new car’s style. That includes working with the smart electronic limited-slip diff, also standard, which uses a hydraulically-actuated clutch to shift torque between the rear wheels based on speed, steering, and throttle position.

On the inside, meanwhile, the cabin gets new color schemes and a choice of GT or Competition Sports seats. Chevrolet will offer a choice of Napa leather, aluminum, carbon-fiber, and micro-suede to finish off the surfaces, while a new, stiffer aluminum frame means the Z06 can still keep the removable roof panel. Even with it out, the Z06 is 20-percent more structurally-rigid than the previous, fixed-roof car; that jumps to 60-percent when the panel is in place. 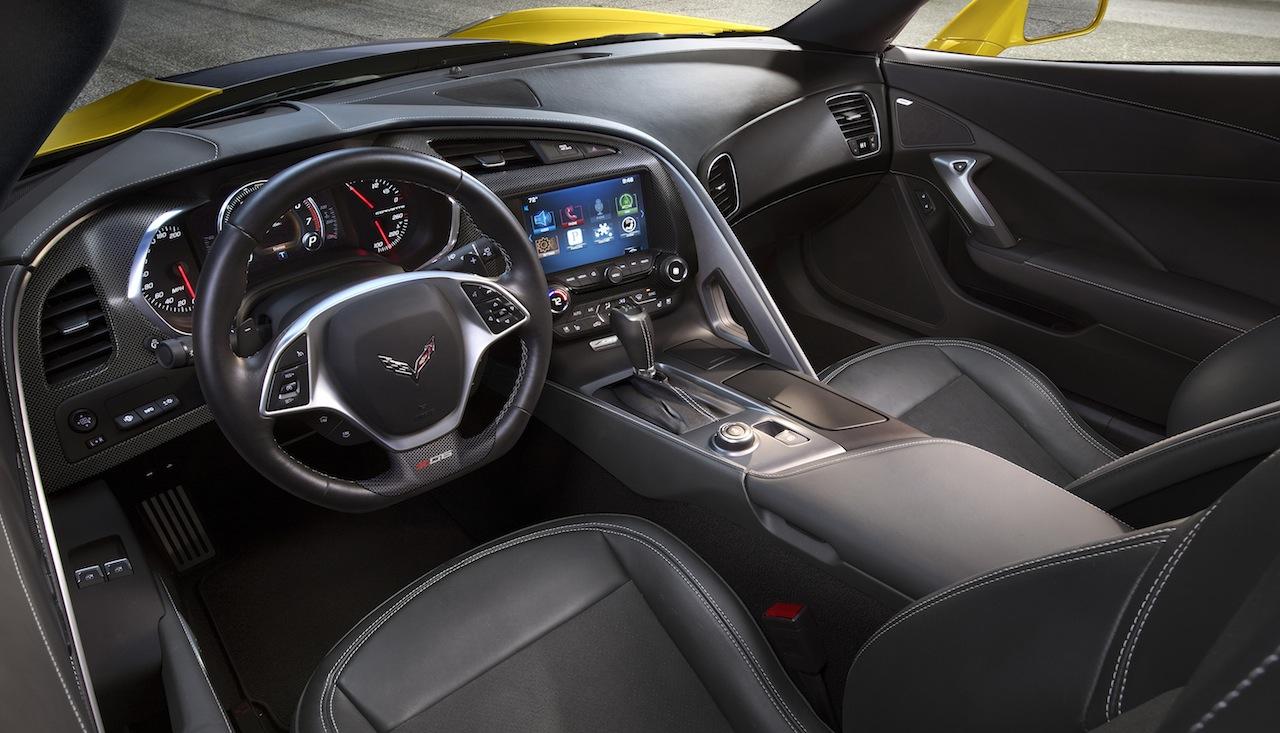 The Z06 and the Z07 Performance Package have also been developed alongside a new Corvette C7.R race car, which has a 5.5L naturally aspirated engine and 6-speed manual racing transmission. Power from the C7.R hasn’t been disclosed yet, but the new racer uses what’s effectively an unmodified version of the aluminum frame of the Stingray.

Unfortunately, what we’d really like to know about the Corvette Z06 and Z07 Performance Package is pricing and performance data, and they’re both things Chevrolet is playing close to its chest. Both will be revealed closer to production starting. 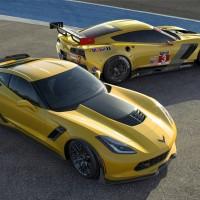 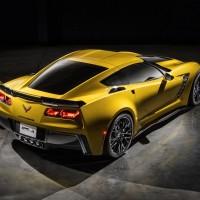 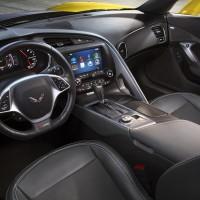 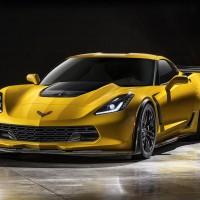 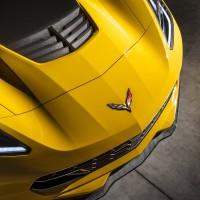