Getting astronauts safely to Mars is only the start of your problems when you’re trying to explore the red planet: then you have to give them somewhere to live. NASA has kick-started a competition to figure out just how to do that, challenging inventors to come up with a way to not only 3D print a habitat – preferably using materials found on-site – but do so at least semi-autonomously. To encourage the best brains in construction, NASA is dangling a $2.25m prize in the 3-D Printed Habitat Challenge.

The competition itself will be a multi-stage affair, but the core premise is building up to a manned mission to Mars. NASA has said that’s planned for around 2035, with a small crew expected to follow robotic rovers like Curiosity, but there won’t be room to take pre-fabricated living quarters along with them.

Instead, NASA wants to pre-populate Mars with self-constructing habitats that will be made with raw materials found on the planet itself. Mixed in with that could be recyclable components and materials from the spacecraft, too. 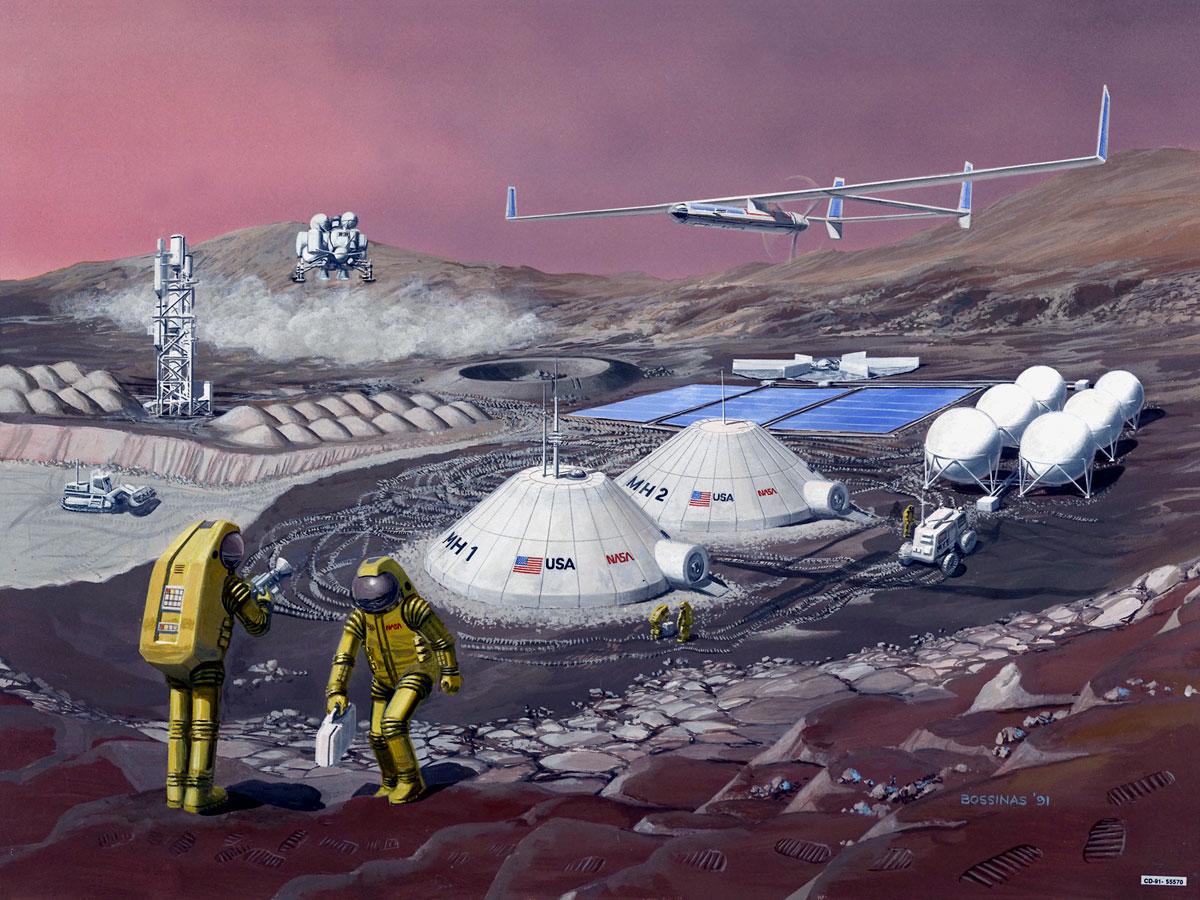 First up is the design competition, which will run through to September 27. NASA and its partner America Makes are looking for architectural concepts that rely on 3D printing, and which will satisfy a basic brief of providing 1,000 square-feet of living space for a crew of four.

Intended not, initially, for Mars but for a year-long test mission somewhere on Earth, the habitat cannot be manually constructed, but must be able to semi-autonomously build itself. As well as the design, the plan needs to include a suggested location on Mars and an analog back home where it could be simulated.

“Their new adopted home should contain everything needed to comfortably sustain human life, including cooking areas, sleeping quarters and bathroom facilities. Their jobs as geologists, land surveyors, prospectors, scientists, biologists, & engineers should also be considered while creating this structure, as it will act as a prototype for the one that they’ll reside in while on Mars” NASA 3-D Printed Habitat Challenge

Thirty submissions for the first stage will be taken through to final judging, the winner getting $50,000. Then, though, the really fun – and complicated – stuff begins.

Second level, the On-Site Habitat Competition, then looks for implementations of those structural components into full-scale habitats.

Registration for the second phase will open on September 26th, and each level has a $1.1m prize attached.

NASA’s hope is that, not only will the entrants help create real-world technologies that can spread habitats through to far-off planets – Mars just being one potential destination – but that there could be some application here on Earth, too. For instance, 3D printed accommodation could be useful in remote locations where conventional building materials are in short supply.

It’s not the first time unusual technologies have been suggested for building homes in distant places. Last year, a team of robotic engineers built a proof-of-concept swarm of ‘bots based on termites, individually dumb but collectively smart.

Such a swarm could form a scalable artificial intelligence system, it was argued, and together create towers, pyramids, and castles, forming temporary staircases to allow taller construction to take place.