This week anonymous artist Felipe Pantone revealed his latest art piece installed on and in a 1994 Chevrolet Corvette. Die-hard stock paint lovers of the Corvette were probably mortified. Digital madness inspired artwork took the vehicle to a place it’d never been before. Blocks of color, mood ring spray, and the blacks and whites of the video tapes you threw away in 2002 – they’re all here.

Felipe Pantone shared the images we’ve got here just before the opening of the door to the exhibit at which they’ll be seen publicly. The artwork collection presented here by Panton went by the name “Artifact to Artifact Communication,” and it contained several flat works as well as the customized Corvette. All of the works are painted – flat works and vehicle alike. You’ll find a number of in-progress photos in the second gallery in this article. 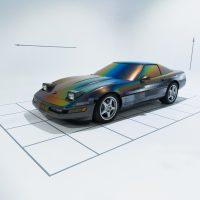 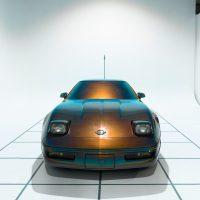 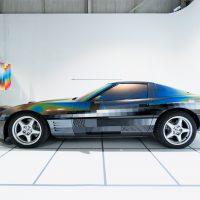 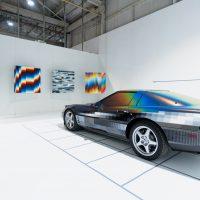 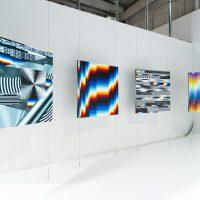 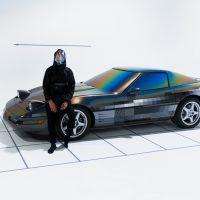 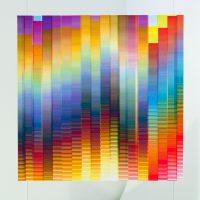 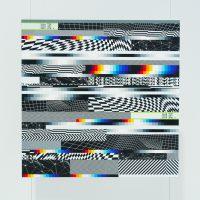 Five paintings roll with the Felipe Pantone’s vehicle here. Each of these paintings represent another scene in the ever-expanding world of color and motion. Below you’ll see some in-progress photos of ULTRADYNAMIC, also published by the artist via Felipe Pantone dot com.

The customized Corvette itself is called ULTRADYNAMIC, and it is part of a collection of art cars that’ll appear throughout the year. That collection will tour the planet at some point in the near future – for now just the Pantone vehicle was announced to be appearing in public. Not that anyone would be able to handle another vehicle after experiencing this first eye-searing masterpiece – but still, there’ll be more. 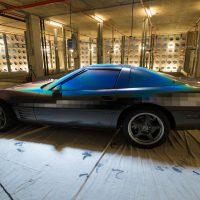 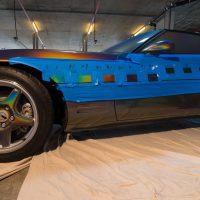 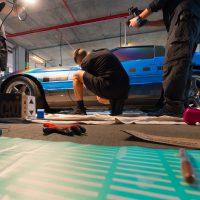 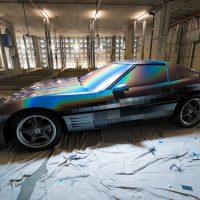 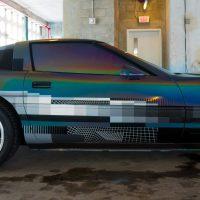 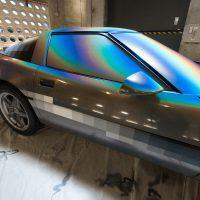 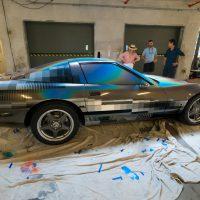 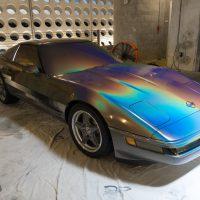 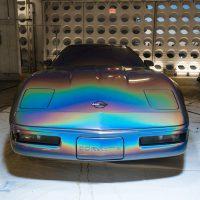 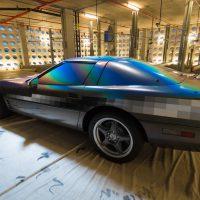 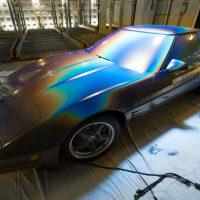 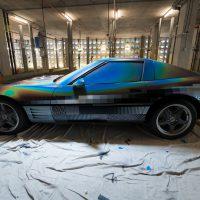 The vehicle ULTRADYNAMIC and the paintings shown above existed at Beyond the Streets 2018. That’s an art collective show made to explode all over a 40,000-square-foot space both indoors and outdoors. The event took place between the dates of May 6th and July 6th, 2018.