12 things about the upcoming iPhone 12 you should know

We’re already past the first week of September and on the verge of closing the second week; there is no hint of a new iPhone yet. Apple traditionally unveils new iPhones during the first couple of weeks of September with the phones retailing soon after. This year, owing to the global pandemic that has compelled many other companies to push back launch dates for their devices, iPhone 12 unveiling is impacted as well.

Rumors now suggest it won’t be long before we get a look at the iPhone 12 and its variants – four of them this year – alongside the announcement of the new Apple Watch and iPad. We could get the first glimpse of the iPhone 12 range as soon as next week, so hold on tight. In the buildup to the launch, we got down to detailing 12 interesting things you should know about the iPhone 12 and accompanying models – all this is based on rumors, therefore, the information below may change when Apple officially announces the new iPhone.

When will it be announced?

According to the most recent reports, the iPhone 12 announcement date could officially be September 15, which is the date when Apple is hosting “Time Flies” – September event to launch the Apple Watch 6. Rumors previously suggested that this event, which would be conducted online (10 am PT, 1 pm EST), will be exclusively for the Apple Watch 6 and iPad Air 4, while the iPhone 12 will not be announced until October. Now reports reveal a possibility of a combined announcement of the new Watch, iPad, and the iPhone 12.

Renowned Apple leaker Jon Prosser had opined that the iPhone 12 series will be announced in the week commencing October 12. This rumor was followed by a report claiming that the iPhone 12 release date was pushed back to October as the COVID-19 pandemic had knocked Apple off of its usual course, forcing the Cupertino tech giant to see new possible release dates for its most anticipated iPhones. 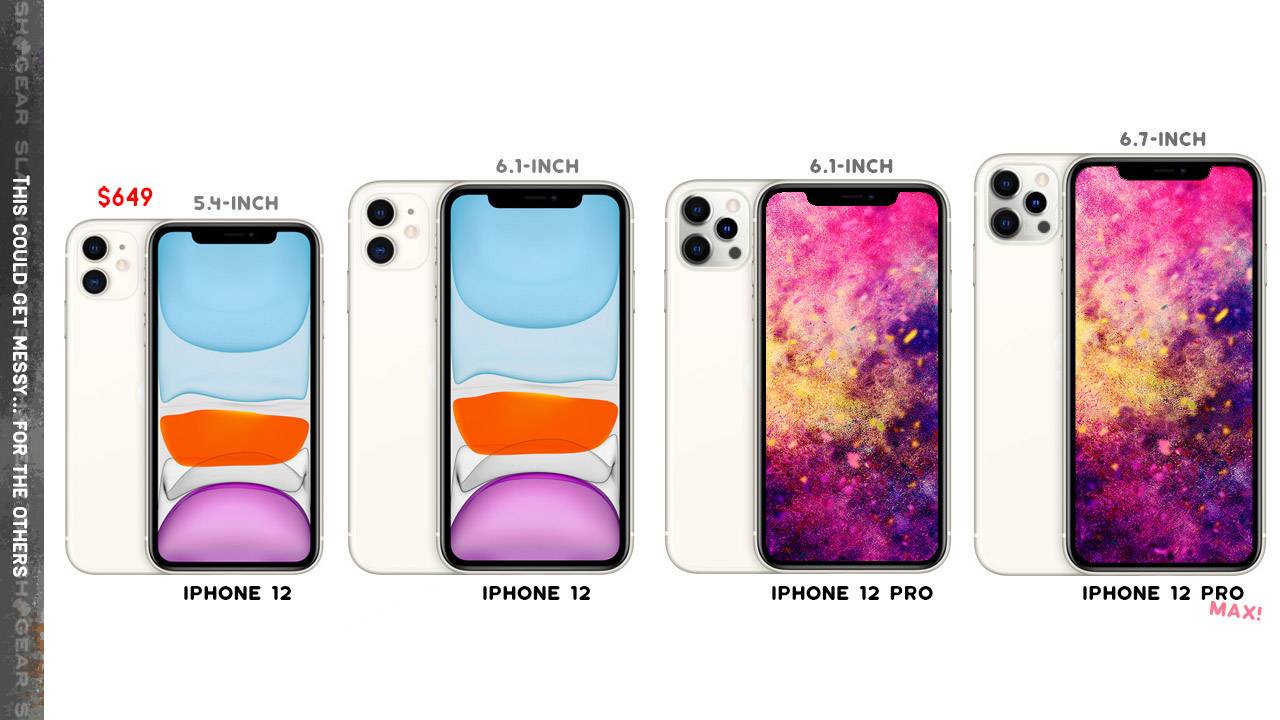 For another first this year, Apple is likely to upgrade display for the entire lineup of the iPhone 12. The new iPhones will make a switch from LCD panels to brighter OLED displays that have better color contrast. While iPhone 12 and 12 Max are expected to feature a 60Hz screen refresh rate, the iPhone 12 Pro line could allegedly feature 120Hz ProMotion display technology. There is nothing really known about the resolutions to expect on either model.

The iPhone 12 design is set for a big makeover from the rounded edge design of the previous few years of Apple offerings. Reportedly, the new iPhone will support a squared edge design very similar to the iPhone 5 or the recent iPad Pro.

Consistent rumors suggest iPhone 12 range will be thinner than the iPhone 11s last year and that the standard models of iPhone 12 will have an aluminum body while the Pro variants will have stainless steel housing. CAD designs of iPhone 12 Pro Max by YouTuber EverythingApple Pro and reliable leaker Max Weinbach suggested what the 6.7-inch flagship may look like. The new iPhones are expected to continue featuring a glass back and retain an IP68 rating (similar to iPhone 11s) that will make them water-resistant. No waterproof iPhone still.

I managed to get (unfinished) iPhone 12 Pro Max CADs. These renders are based off those CADs! https://t.co/gABuPYsV2p

All the models in the iPhone 12 lineup are expected to feature the 5nm A14 Bionic chipset (for the first time in an iPhone) which will boost efficiency and speed of the iPhones to maximum possible in a handset – Qualcomm and MediaTek-backed OEMs may have some thinking to do. 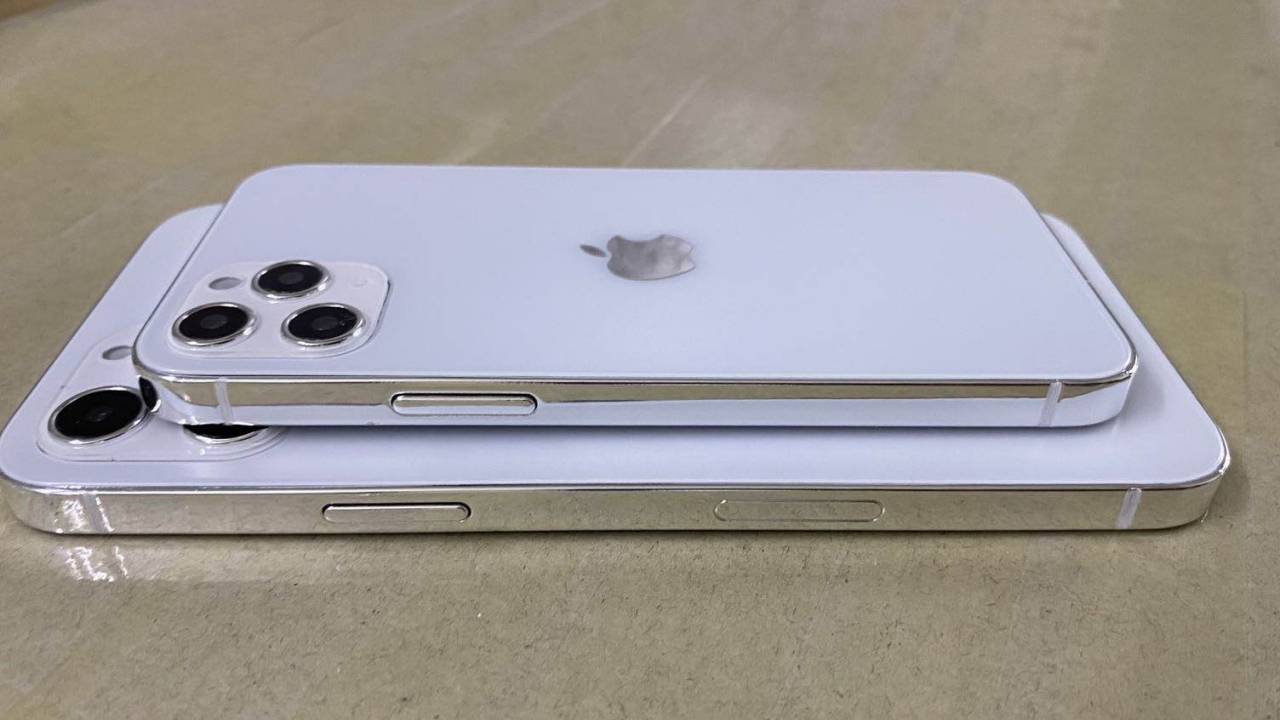 Rumors have vividly suggested the standard iPhone 12 models will feature two rear cameras – a primary shooter and an ultra-wide lens, whereas the iPhone 12 Pro variants will have a triple camera array, which adds a telephoto lens with 3x optical zoom. The Pro models will come with enhanced HDR functionality for improved low-light photography and will be capable of recording 4K videos at 120fps and slow-mo at 240fps.

There is nothing clear about the specifications of these cameras or that of the front-facing camera on either model. It is been around in the rumors that iPhone 12 Pro Max my get optical image stabilization for its ultra-wide camera, which is not done before for a single lens.

The iPhone 12 Pro and 12 Pro Max are expected to include a new LiDAR depth sensor. It is currently available in the iPad Pro range using it Apple and developers can now create finer augmented reality apps for the iPhone. For a user, the LiDAR sensor means the iPhone would be able to gauge distance and depth more accurately and allow improved adaptability in camera effects and AR apps.

There is one thing that has been consistent right through the past few months of rumors surrounding the iPhone 12 and that has been about 5G connectivity on all four iPhone 12 models. The complete iPhone 12 lineup will feature sub6GHz compatibility – iPhone 12 Pro and iPhone 12 Pro Max will also feature the faster mmWave 5G support.

What are the specs of the iPhone 12 variants?

The iPhone 12 and the 12 Max are likely to come in two memory options – 128GB and 256GB, which is a significant jump for the standard 64GB on the previous iPhone models. Both the models will pack in 4GB of RAM and could possibly have 2,227mAh and 2,777mAh capacity batteries respectively. The iPhone 12 Pro and iPhone 12 Pro Max will both come with 6GB of RAM paired to 128GB, 256GB, and 512GB of internal storage. 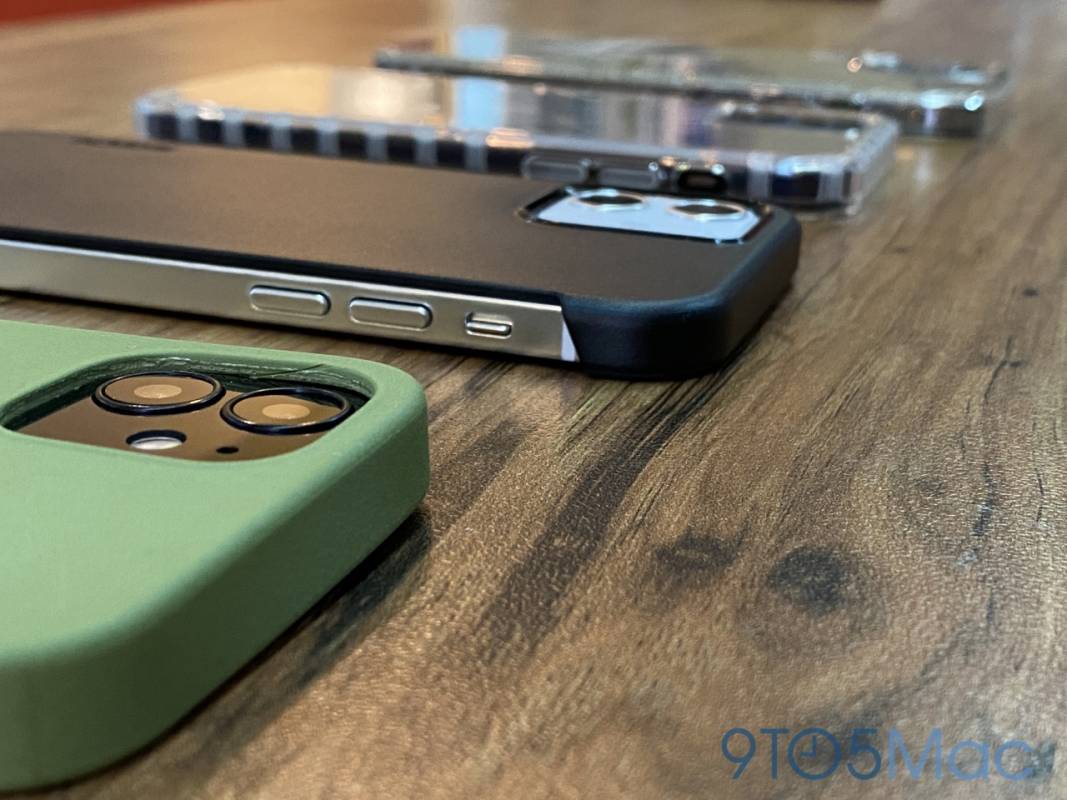 Accessories accompanying iPhone 12 in the box

This year there are going to very little accessories within the box to accompany the iPhone 12 and its variants. Apple is likely to not include the power adaptor or a pair of Airpods in the box. The phone would only be accompanied by a charging cable – made from braided fabric this time. The iPhone 12 is more or less unlikely to use the USB-C, so this will be a Lightning cable.

When will you get your iPhone?

Normally Apple announces new iPhones around this time in September with their pre-orders starting roughly a week or two later. This year is anything but normal, and the usual normal for Apple stands changed as well. If Apple were to announce the new iPhone 12 range on September 15, we can expect the launch toward the end of the month. This however seems very unlikely since rumors for quite some time now have only hinted at an October launch for the iPhone 12.

Reportedly, pre-orders for the two standard models – iPhone 12 and iPhone 12 Max are likely to open in the third week of October and the phones may begin shipping a week later (toward the end of October). Interestingly, the Pro models comprising iPhone 12 Pro and iPhone 12 Pro Max would not go up on pre-order until sometime in November. We would for now take all these claims with a pinch of salt as nothing concrete has come out from Apple regarding when the iPhone 12 range will go on sale.

How will iPhone 12 lineup be priced?

Been seeing some reports speculating on iPhone 12 prices, so I asked my sources 👇

Taking into consideration that Apple is beefing up the iPhone 12 series to 5G and all the models getting better OLED displays, it’s no rocket science to guess that the prices for the iPhones this year will be kicked up slightly. The smallest iPhone 12 is expected to start as low as $649, whereas the largest iPhone 12 Pro Max would top the line with a $1099 starting price.

According to leakster Jon Prosser, the iPhone 12 Max, which has a Pro size screen and specs of the iPhone 12, would start at $749 while the iPhone 12 Pro would set you back $999. Rumors have it that an iPhone 12 4G could also roll out this year, if it does it would cost a very competitive $549.