There’s a new game out in the streets called Jurassic World Alive – and it’s very, very, very similar to Pokemon GO. The folks who made Pokemon GO, Niantic, do not appear to be associated with this new game. Niantic will very likely be interested to find out where the developers of Jurassic World Alive got all their good ideas from – not least of all because they’re using several major game mechanics that look like they’ve been lifted directly from Pokemon GO.

Jurassic World Alive looks like a great concept. The creators of this game suggest it’ll be released this Spring on both Android and iOS, and pre-registration is available right this minute. Of course pre-registration doesn’t do a whole lot aside from assuring the game-makers that you’ll download the game. 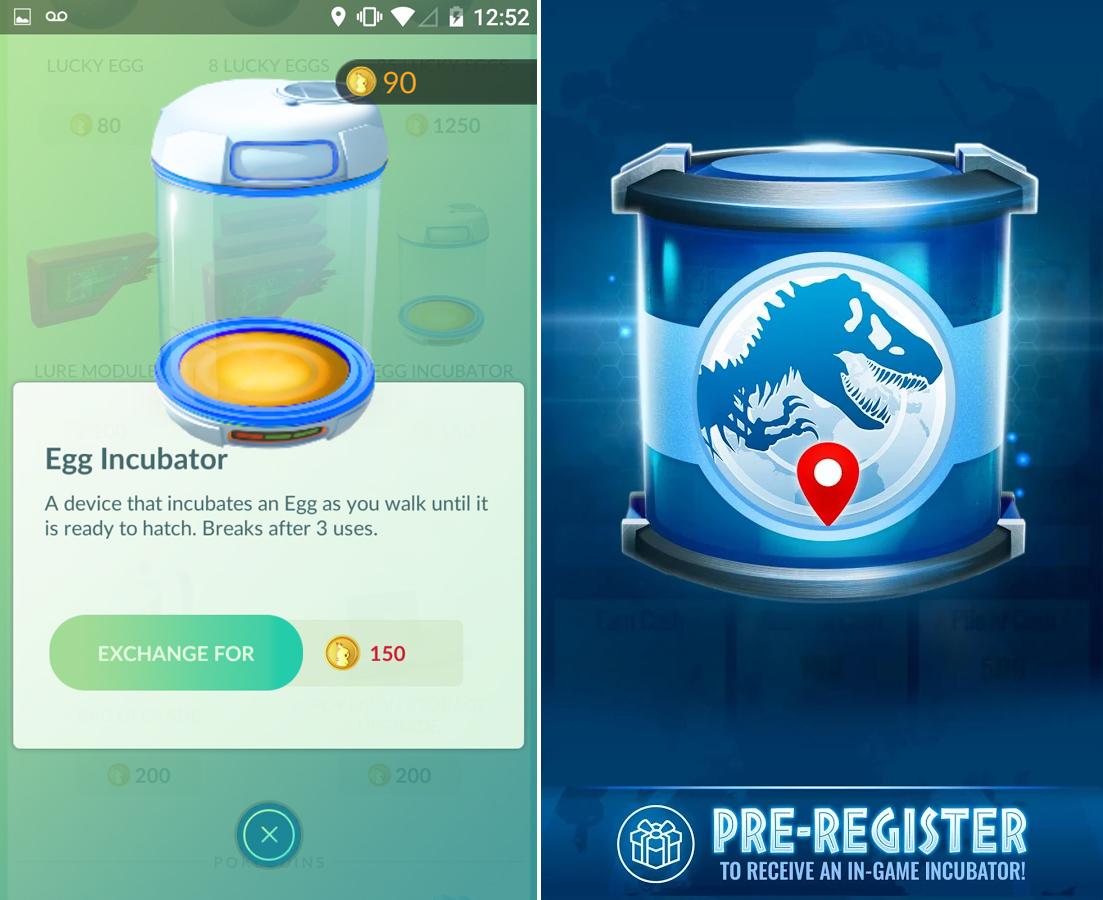 ABOVE: In-game incubators for in-game collectable creatures. We don’t yet know for certain if the exact same game mechanics will be used here, but given the egg hatching nature of dinosaurs in the Jurassic Park / World movies, there’s a pretty good chance these incubators will be basically the same as they are in Pokemon GO. 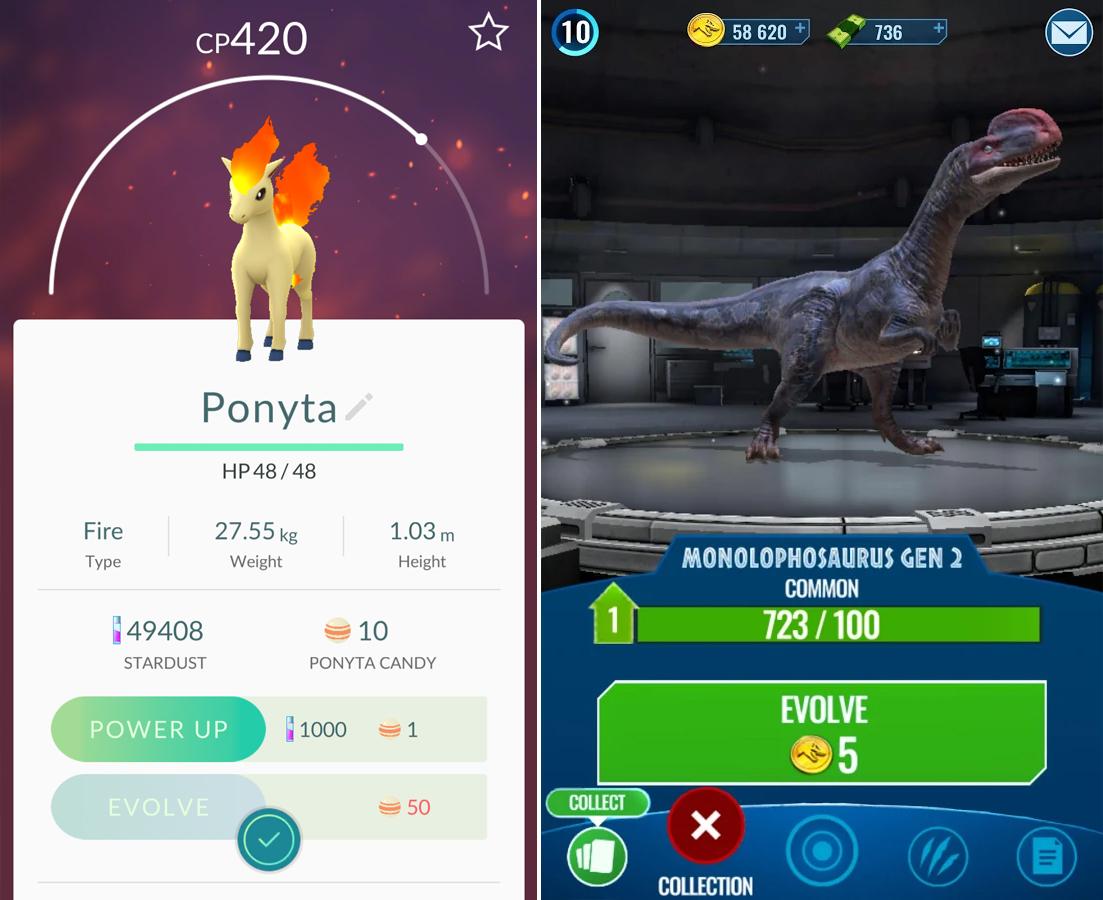 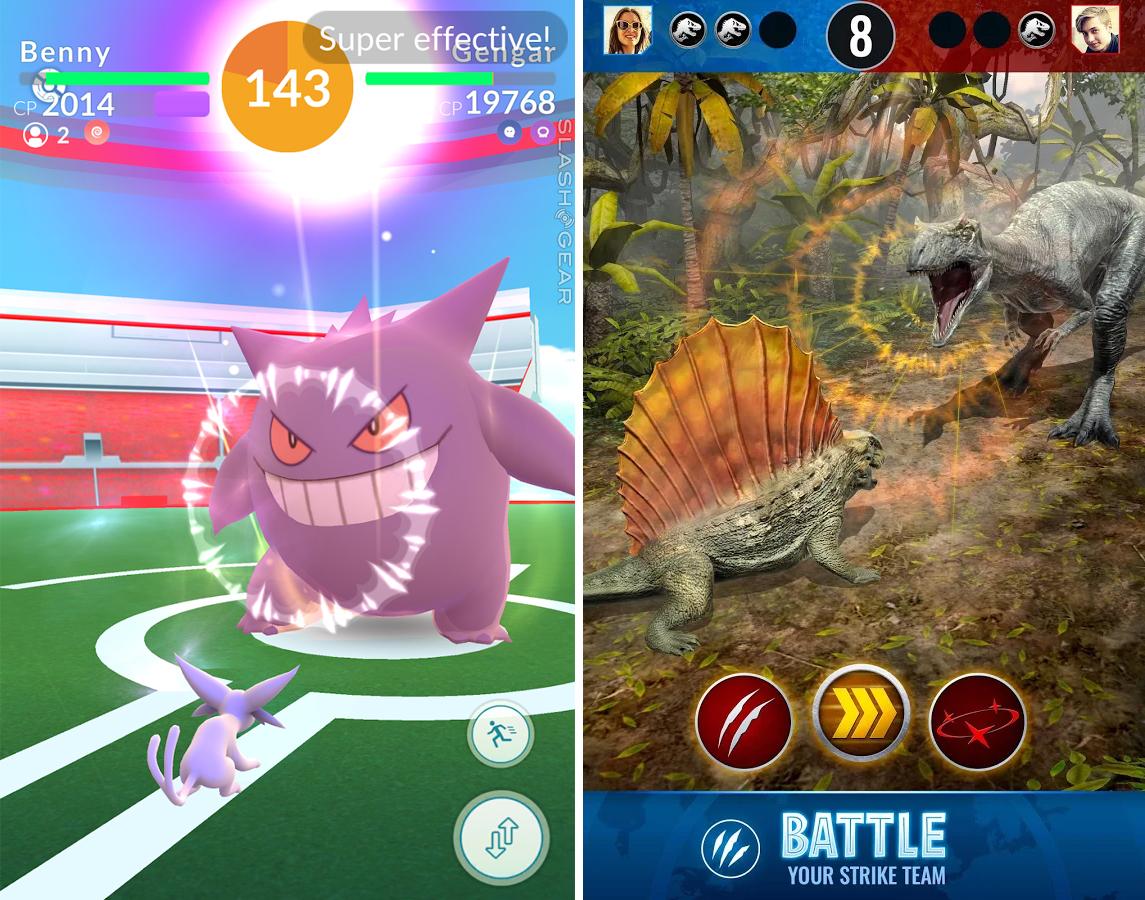 They DO offer a free “in-game incubator” with registration. That should set off a few alarms for Pokemon GO gamers, all of whom should be readily familiar with their own in-game incubator game feature. This is but one of several features for which this new Jurassic World game seems to have been extremely, very much, in a large way inspired by Pokemon GO. 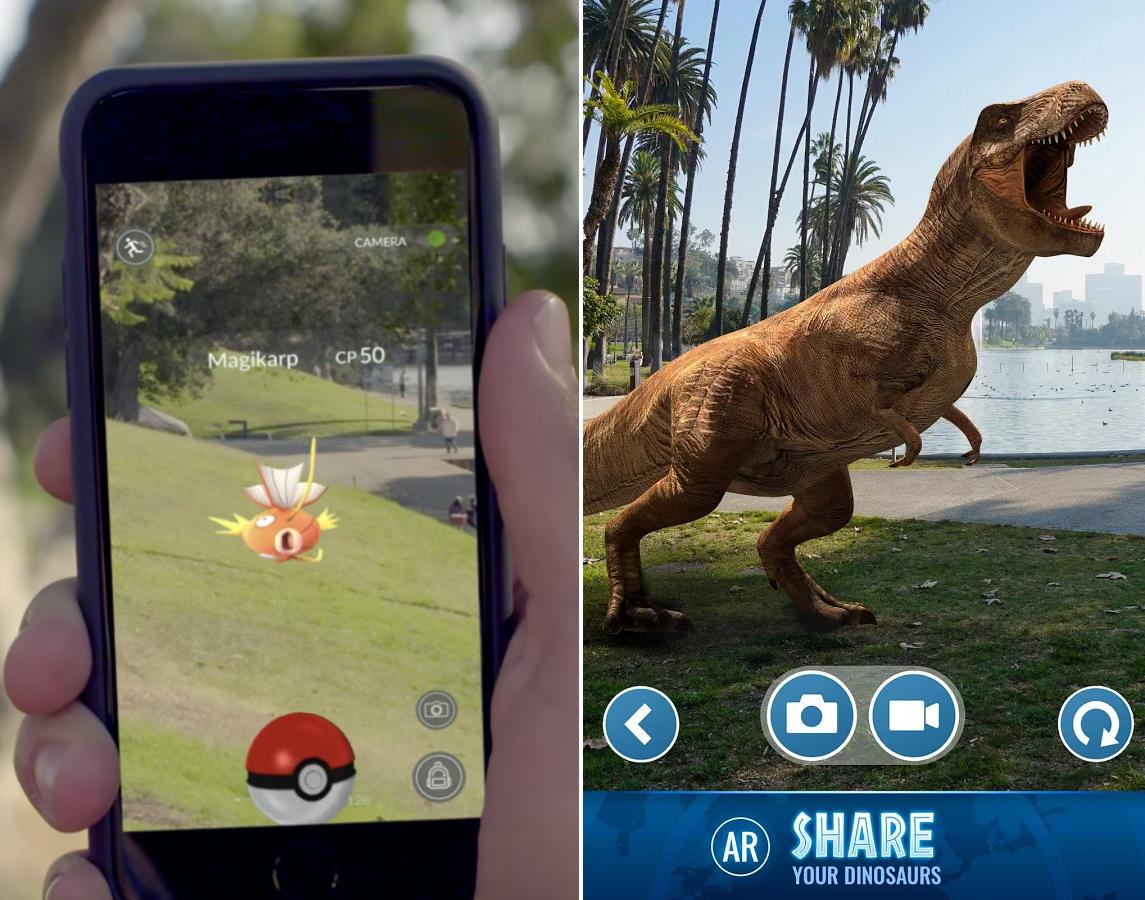 If Niantic was not involved in the development of this game in any way at all, they might well be calling up the folks at Ludia Inc. right this minute. In the meantime we’ve reached out to Niantic to see what they’ve got to say about the situation. Stay tuned!

ALSO: None of this is to say that the game doesn’t look like it has some potential to be fun. Given the appearance of both paper money and coin money elements, it’s quite likely we’ll see our fair share of in-game purchases. If the game is LESS reliant on in-game purchases than Pokemon GO, however, we might have a winner on our hands. Cross your fingers and your claws!