A company out of Norway called Zyrus Engineering has taken an already impressive performing car, the Lamborghini Huracan Performante, and made it perform better. The car the company created is known as the LP1200 Strada and results from two years of testing. Over those two years, the company spent 3728 miles on race tracks.

One glance at the image above and the LP1200 Strada looks like a purpose-built racing car, but it is designed and intended to be driven on the streets. Zyrus Engineering has racing expertise that the company gained racing a Huracan Super Trofeo-based LP1200 that competes in the Scandinavian GT+ Championship.

The street-legal version of the racing car seen here still uses the Lamborghini 5.2-liter V10 found in the regular Huracan Performante, but it’s fitted with a twin-turbo conversion. The result is 1200 horsepower. The revised bodywork results in the car tipping the scales at 3146 pounds. It’s nearly 350 pounds heavier than the Super Trofeo racing car but is 278 pounds lighter than the stock Lamborghini.

That massive rear wing and other components of the body kit improve the car’s aerodynamic performance. Zyrus says the car produces 2010 kilograms of downforce at 124 mph. The LP1200 Strada has 600 parts that were changed to create it. 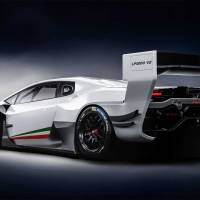 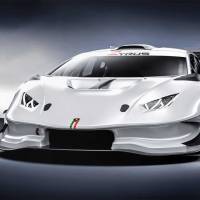 The engineering firm does include a button to enable track mode unleashing all 1200 horsepower. Normal mode is limited to 900 horsepower. The company plans to create 12 LP1200 Strada cars at €595,000, and the price tag includes a track day to get acquainted with the car. The company offers no indication of how many cars it has sold so far. It’s certainly a wild-looking car, and that massive rear wing looks like it would be at home on a racetrack.