ZTE nearly collapsed completely after the US imposed a strict ban on its access to critical technologies and products it needs for its business. That ban has long been lifted but its survival has always still been in doubt. At MWC 2019, the Chinese manufacturer is putting up its bravest face as it announces its newest mid-range champion as well as, of course, a 5G phone for later this year.

The ZTE Blade V10 might almost be forgettable among the innumerable mid-tier phones that are coming to the market. It sets itself apart, however, with its 32 megapixel front camera, one of but not the largest to grace the face of a smartphone. ZTE extols its use of “AI smart selfie technology” to adjust the settings for the perfect selfie. That said, the camera’s lack of autofocus takes some points away from that.

Ironically, the Blade V10’s rear cameras are less noteworthy, a 16 megapixel AF sensor paired with a 5 megapixel fixed focus camera. Inside it all beats an unnamed 2.1 GHz octa-core processor with 3 or 4 GB of RAM and 32 or 64 GB of storage. There’s a 6.3-inch FHD+ screen on top with a tiny waterdrop notch for that large sensor.

Being a network equipment manufacturer, ZTE can’t but help announce a 5G phone as well. That comes in the form of the ZTE Axon 10 Pro 5G, though official details are still slim. Of course, it’ll be running on a Snapdragon 855 platform. Other specs include 6 GB RAM, a 6.47-inch FHD+ screen, and triple cameras on its back to juxtapose the lone camera in front housed in a waterdrop notch. 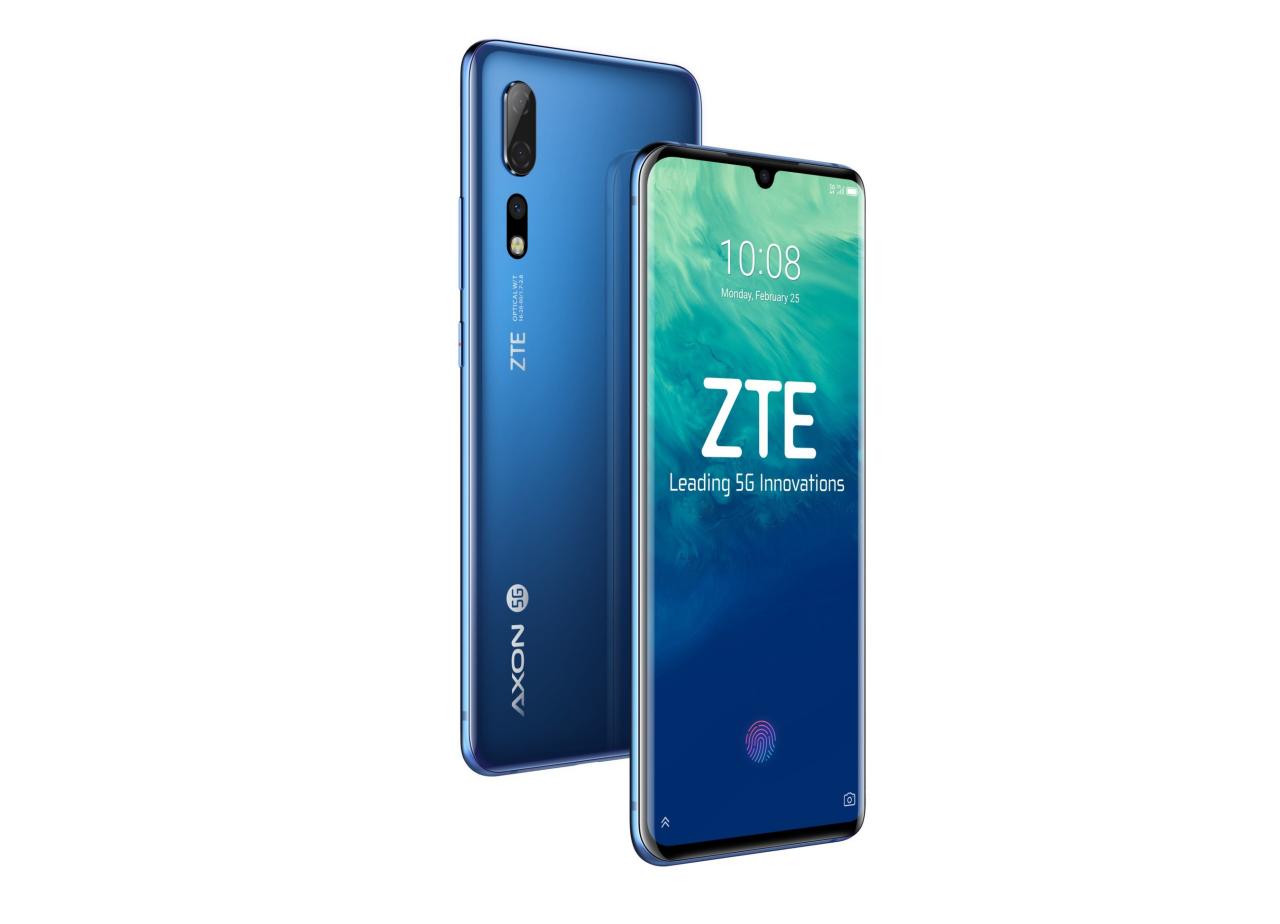 ZTE has earmarked the Axon 10 Pro 5G and the Blade V10 Pro for both Chinese and European markets and will also launch a Blade V10 Vita with a lower price tag. Whether it dares step in the US market again, aside from rebranded carrier exclusives, the company still isn’t saying.