Zombieland to be high-profile Amazon web series: TV is dead

In what could be the first in a series of television series that skip the actual TV-based broadcast and head straight to the web, Zombieland has been announced as coming to Amazon.com exclusively. While the original concept for Zombieland was that it would be a television series (for those of you that don’t know), it was turned into a movie that became – and is now – a bit of a cult classic. Now the real-deal television series is ready and raring to go and it’ll be jumping right at you through your laptop – no TV necessary!

According to io9 who are in turn hearing said information from Broadcast Now, a group who was told directly by the producer of the film that he was working on developing the project with Amazon. This man goes by the name Gavin Polone and hasn’t at the moment been confirmed to be working with any of the original movie stars, but does appear to still be on-track to work with the characters they represented. 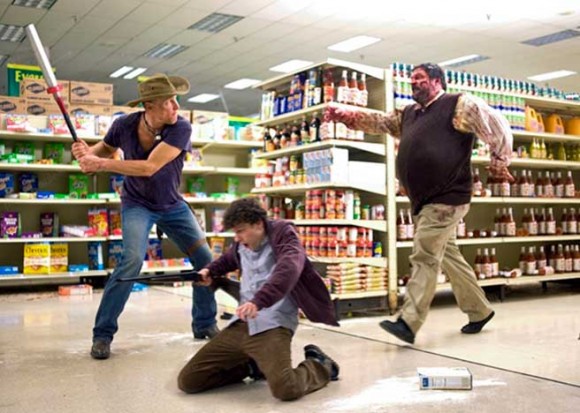 So whether or not we’ll be seeing Emma Stone, Jesse Eisenberg, or Woody Harrelson is up for grabs, but Wichita, Columbus, and Tallahassee will be appearing one way or another. Also included is the youngest of the crew, Little Rock, as well as a couple of new folks known as Fred and Ainsley. Having gotten script pages from the project as it existed just a few days ago this month, io9 confirms that the crew is all onboard.

Remember also that this television series was originally going to be pushed with Fox and produced by Sony Pictures Television, but fell through before a pilot could be made. We’ll be seeing quite soon what becomes of this web series, if you’d like to call it that. What we’re hoping for here is a full-on collapse of the television broadcast system in which Zombieland acts symbolically as the first in a re-birth (though less dead than its title suggests) of the television show concept on the web. Not that there’ve been no predecessors, but this title may be big enough to make such a domino effect.