Zepp Sensor aims to quantify your every move

We’re ramping up at an unprecedented rate this year towards total quantification of movement – especially sports and exercise-related movement – with devices like the Zepp Sensor. This device works inside a whole Zepp training system which aims to connect your movements – all of them – to mobile apps. You’ll find the teams at Zepp Labs using this one sensor as their center for an expanding ecosystem of tracking action.

The team at Zepp Labs are presenting this device as a follow-up to their successful GolfSense environment. The team is presenting a “Zepp Sports Platform” to the market with this little sensor and a set of three sports apps of their own. We’ve contacted Zepp to see if they’ve got plans to expand beyond these apps with the sensor too – stay tuned for that one.

Here in the Zepp 3D motion sensor is 1-inch square which works with a variety of accessory mounts. The Zepp sensor is under half an inch thick, weighs in at a tiny 6.3 grams, and works with a rather rugged exterior matched with a shock-resistant core. In other words, you’ll much more likely lose it (though it’s extremely bright) than you will break it.

This sensor is made to attach to sports accessories of all kinds. Zepp works with an ARM processor inside paired with “multiple” motion sensors and built-in data storage. According to the Zepp team, this first unit is able to work wirelessly for 8 hours of varied use and is able to store “200,000 swings”.

Each of a number of Zepp apps is made to immediately make use of the Zepp sensor, including Zepp Baseball, Zepp Golf, and Zepp Tennis. Each of these apps is attached to a kit – the only way you’re (currently) able to get a Zepp Sensor is to purchase one of the kits, each of them available for $149.99 USD, including the prerequisite bat, glove, or racket mount as well as a charger, and the Zepp sensor itself. 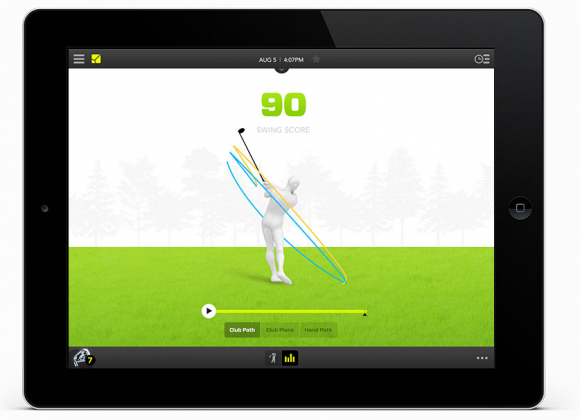 Once you own one of these kits, you can go ahead and purchase another charger for $9.99 or one of any of the three mounts on their own for $9.99 USD. In other words, it’s the Zepp Sensor itself that costs a cool $140 USD – though you’ll not be able to purchase the sensor on its own. The kits are available for order now and ship in around 2-3 weeks.

Of special note – this setup works with sensors built in to the Zepp accessory while the newest iPhone – the iPhone 5s – works with its own unique “M7 motion coprocessor” which uses the sensors built-in to the smartphone. In or out – you can do it all at this point!