ZenWatch 3 images show round device with black and gold face

A couple of days ago, word surfaced that Asus has a new smartwatch in the works that would be called the ZenWatch 3. This name was tipped by a leaked line art image of the back of the watch bearing the FCC and other logos. Today some new images of the smartwatch have surfaced as it was getting certifications somewhere.

Other than the new images, we have no additional details at this time. We know it has a design that looks a lot like the Moto 360. The ZenWatch 3 has Bluetooth 4.2 and WiFi inside. There isn’t a standalone cellular connection for this device. This device will support 5V/2A fast charging as well. 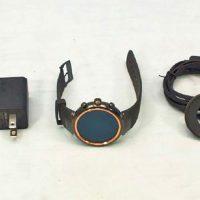 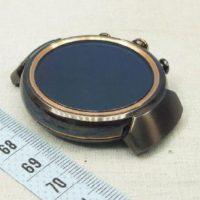 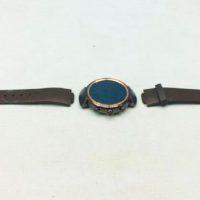 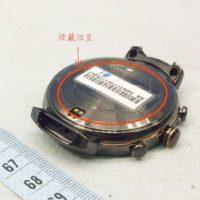 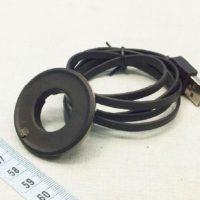 Details gleaned from the images show that the smartwatch has curved sides that reminds a bit of a ring and it appears that there is no docking station for charging like the Moto 360 offers. The charger appears to be a magnetic ring that snaps onto the back of the watch. Images show three buttons on the right side of the watch for accessing functions.

The case appears to be shiny black with gold trim with a satin sheen. The sections where the band attaches is brushed black. In these images the band is leather, but there will likely be other band options available as well. Asus has said nothing official about the ZenWatch 3 just yet, but with certifications granted, the device is likely ready to come to market. The timing of the certifications and images turning up suggest that Asus could be looking at IFA 2016 for launch. In a market where most wearables are getting to be very thin, the ZenWatch 3 looks a bit thick and clunky.