Dashcams have become almost a staple in any car these days though they’re most limited in what they can keep an eye on. Some can see only the front while ride-sharing services have made in-cabin cameras almost a necessity. There are some systems that show the front and back of the car but very few actually give you a view of all three. That’s exactly the promise that Zenfox is making with the T3 3CH triple camera Dashcam and we take it for a spin if the young company is truly able to deliver.

The Zenfox T3 3CH definitely makes an impression because of the main unit’s size and bulk, which contrasts with how small the rear camera unit is. The main unit, of course, houses the main front camera, the in-cabin camera, and all the necessary electronics, something that some dashcams prefer to separate into two units.

That design is going to be quite divisive, with some drivers loving it while others preferring a less conspicuous form. On the one hand, it makes it a bit difficult to hide the presence of a dashcam from thieves. On the other hand, there are laws that require full disclosure of any recording device inside a car and its visible presence could also serve as a deterrent to misbehavior or even criminal activity inside. 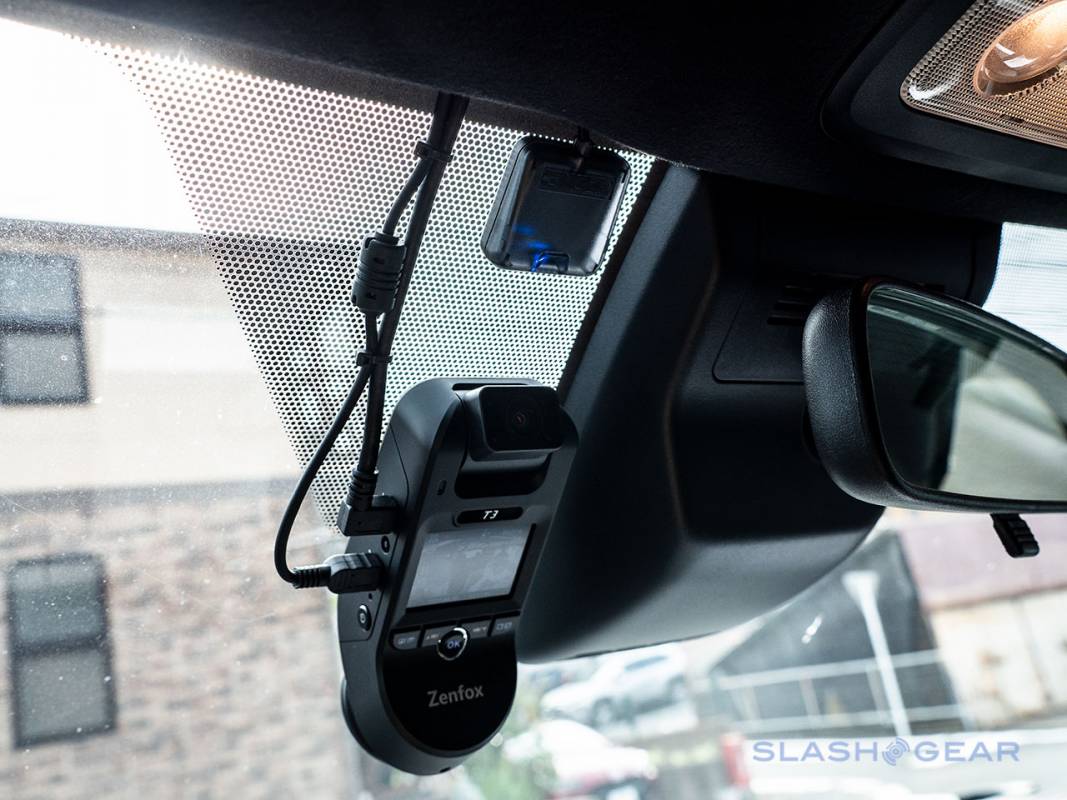 Despite that bulk and the dashcam’s advanced features, installing the system was mostly trouble-free. The task was made easier by a pry tool that Zenfox provides that helps in tucking cables inside trims without damaging them. Not that you can easily damage the thick cable that connects the main unit to the rear camera anyway.

The entire setup is powered by a car charger that thankfully doubles as a USB-A port so you won’t lose charging access for your phone because of it.

The primary appeal of the Zenfox T3 is, of course, the fact that the entire setup can see and record three things all at the same time.

You can buy just the two-camera main unit or just the rear camera separately, but the latter is probably for replacing broken units rather than to be used on its own. But the T3’s value proposition doesn’t end there, either, as each of the three cameras promises to deliver clear and crisp footage at any time of the day. 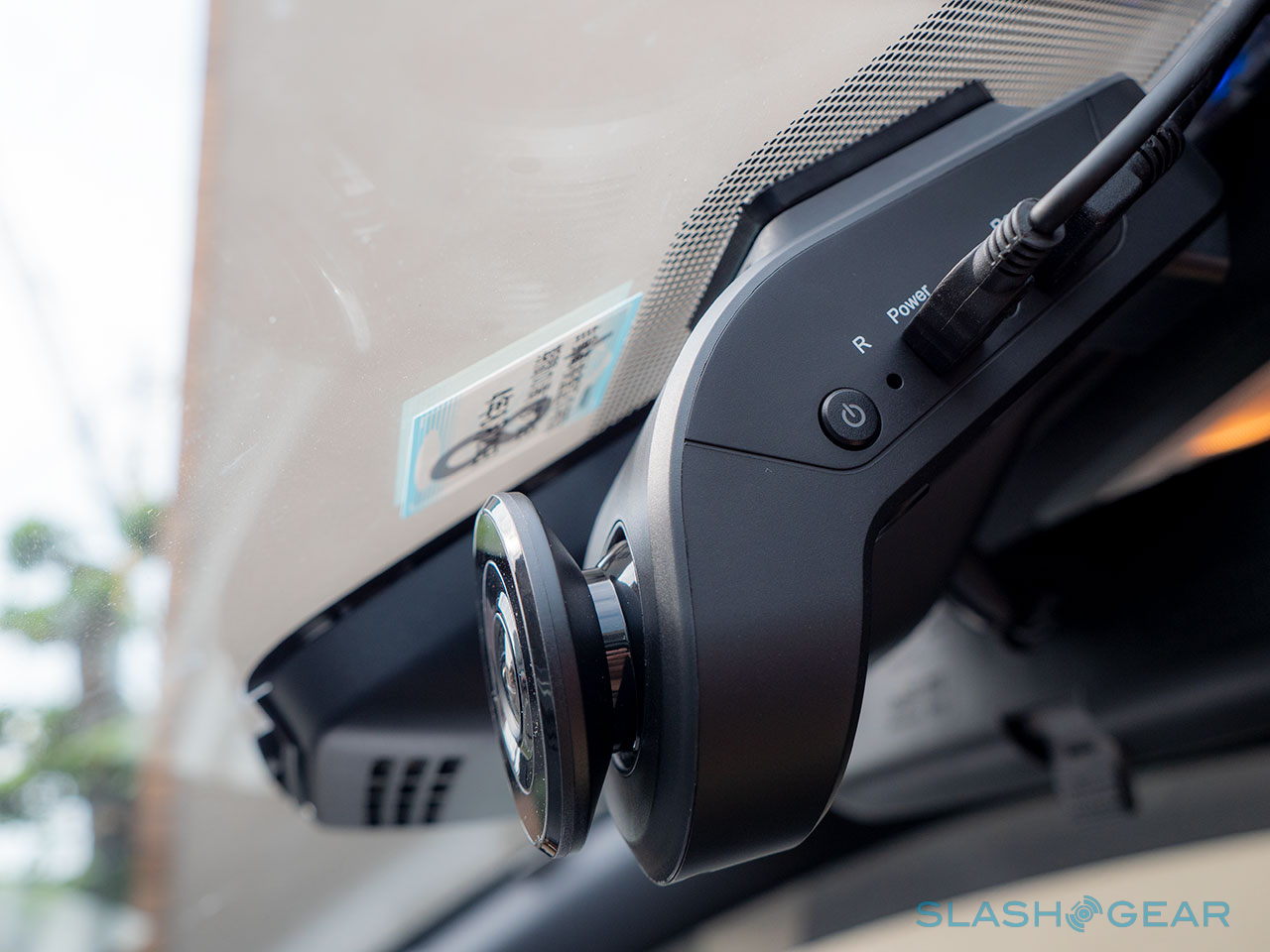 The main camera is powered by a Sony IMX335 sensor and is the only one of the three that is even capable of recording in 2K QHD resolutions. It also boasts of a wide 160-degree angle that allows it to capture more of the scene in front of it, perfect for when the unforeseen and unintended happens.

The camera can also be tilted in four directions for a better angle but it can’t be rotated to compensate for incorrect installation.

The quality of the camera is quite impressive, especially during bright days, when colors really pop out and, more importantly, signs are clearly readable. It isn’t so bad during overcast and cloudy days though quality naturally drops at night when there are no street or traffic lights nearby to help it. That said, it isn’t so terrible that you won’t be able to make out details but don’t expect miracles on dark highways outside cities. 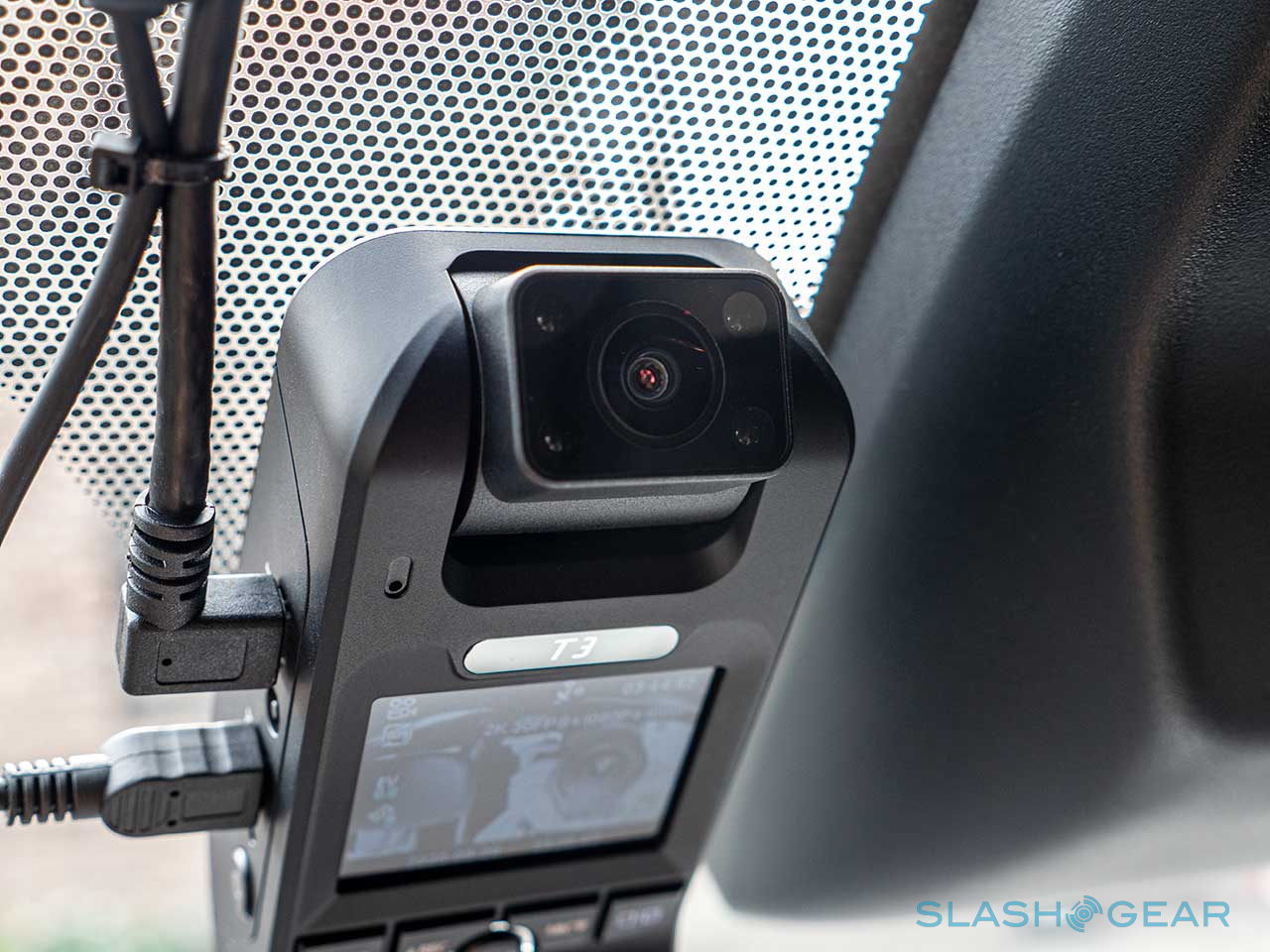 In-cabin cameras might be a bit controversial but have become necessary in the rise of Uber and Lyft. These cameras, however, have also served vloggers who don’t want to keep their phones glued to their dash while recording. Fortunately for both use cases, the Zenfox T3’s audio recording is sensitive and clear, even though it hardly comes close to smartphone quality.

The camera inside uses a Sony IMX307 that’s capable of recording in 1080p. The video output is pretty decent but where this camera shines is in the infrared mode that is able to retain its picture quality even in grayscale. That mode can be turned on permanently, washing the vehicle’s occupants in monochrome forever, or set to automatic, at which point it will switch between normal and infrared modes depending on the light situation outside. While the switching is quick and smooth, do expect it to turn IR mode on during cloudy days or inside tunnels even during the daytime.

The rear camera which utilizes a Sony IMX291 is the last but definitely not the least of the three. A critical witness in rear collisions or backing accidents, the camera is thankfully able to record videos that makes license plates readable, at least in bright light. It takes a bigger hit than the front cam at night, though, so it may be a hit or miss when the unfortunate does happen. 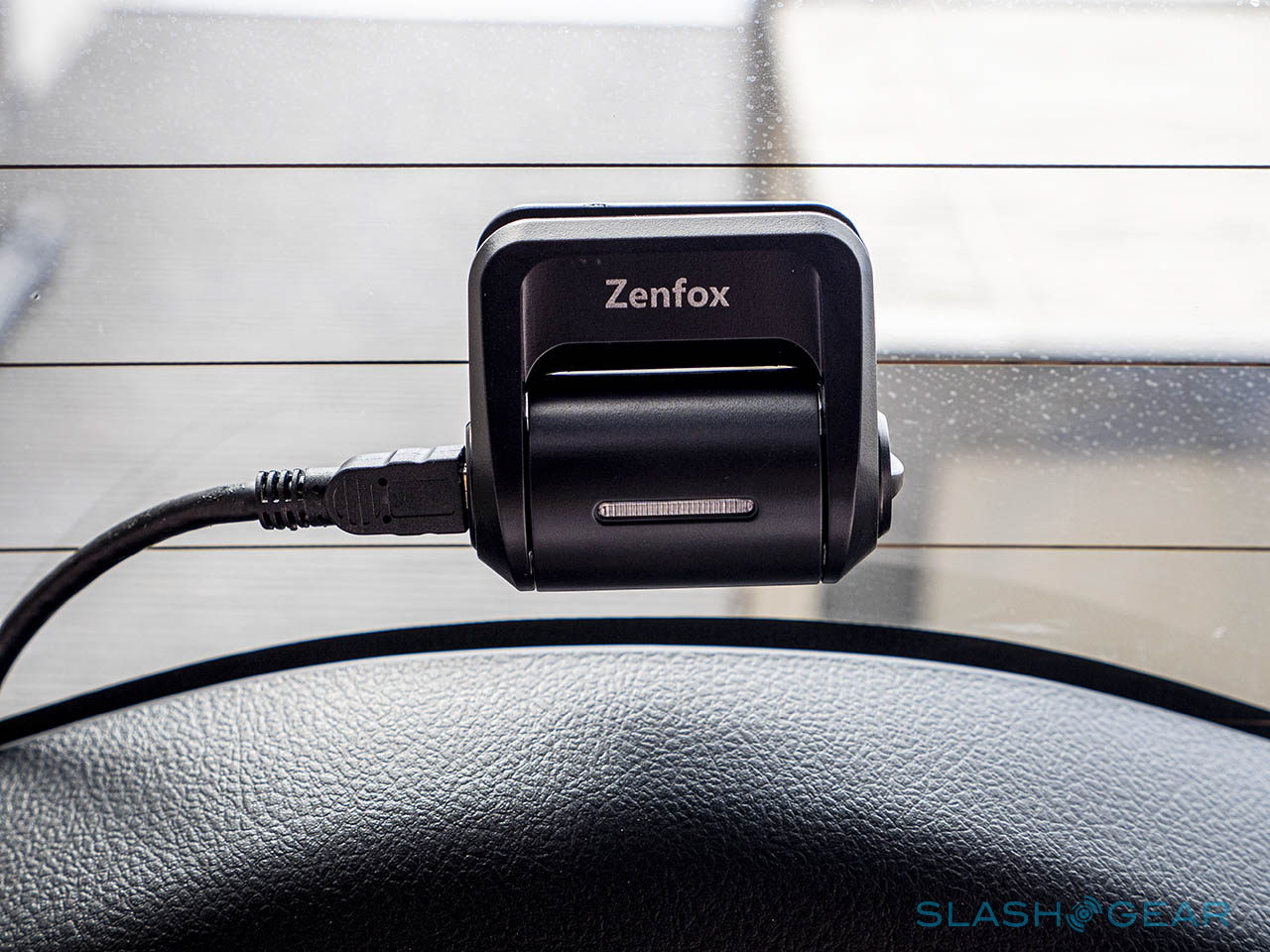 One thing that the Zenfox T3 does lack in this regard is a parking mode where it will automatically switch when you start parking or backing. It does support such a mode but it requires the additional purchase and installation of a Zenfox ACC Hardware kit. Out of the box, you’re just left with recording anything and everything as long as the cameras are powered up.

One other thing that the Zenfox T3 3CH offers that many of its peers don’t is a wireless connection with your smartphone. This gives users two conveniences. First is that they control all of the dashcam’s settings from the comfort of their large-screen phones instead of the tiny buttons on the unit’s body. 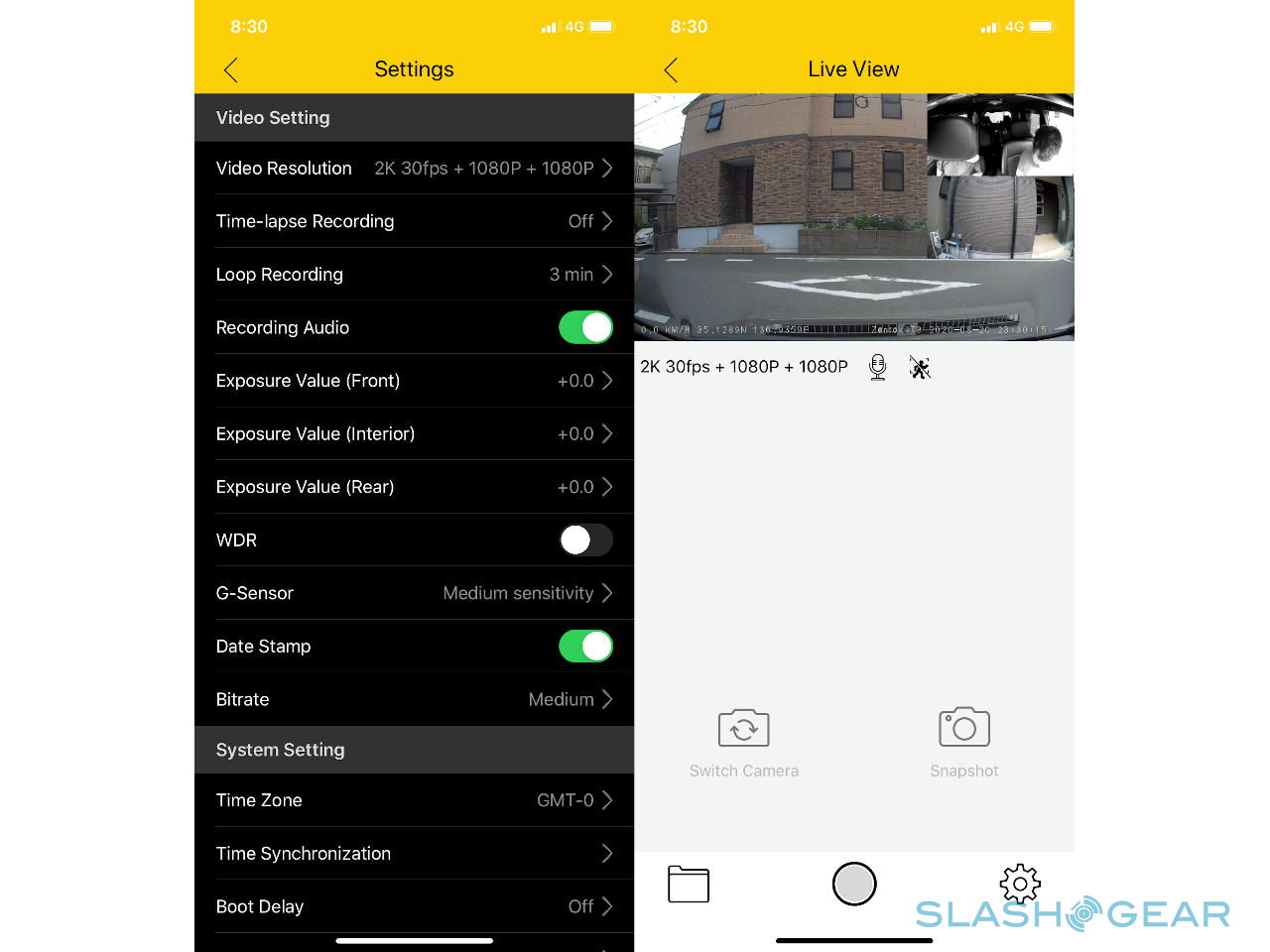 The mobile app also lets you watch a Live View of any or all the three cameras all at once. You can also download recorded videos directly from the camera to your phone without having to remove the SD card inside. Unfortunately, the Zenfox T3’s Wi-Fi access point isn’t exactly the best so that Live View and file transfer can be a bit slow sometimes. 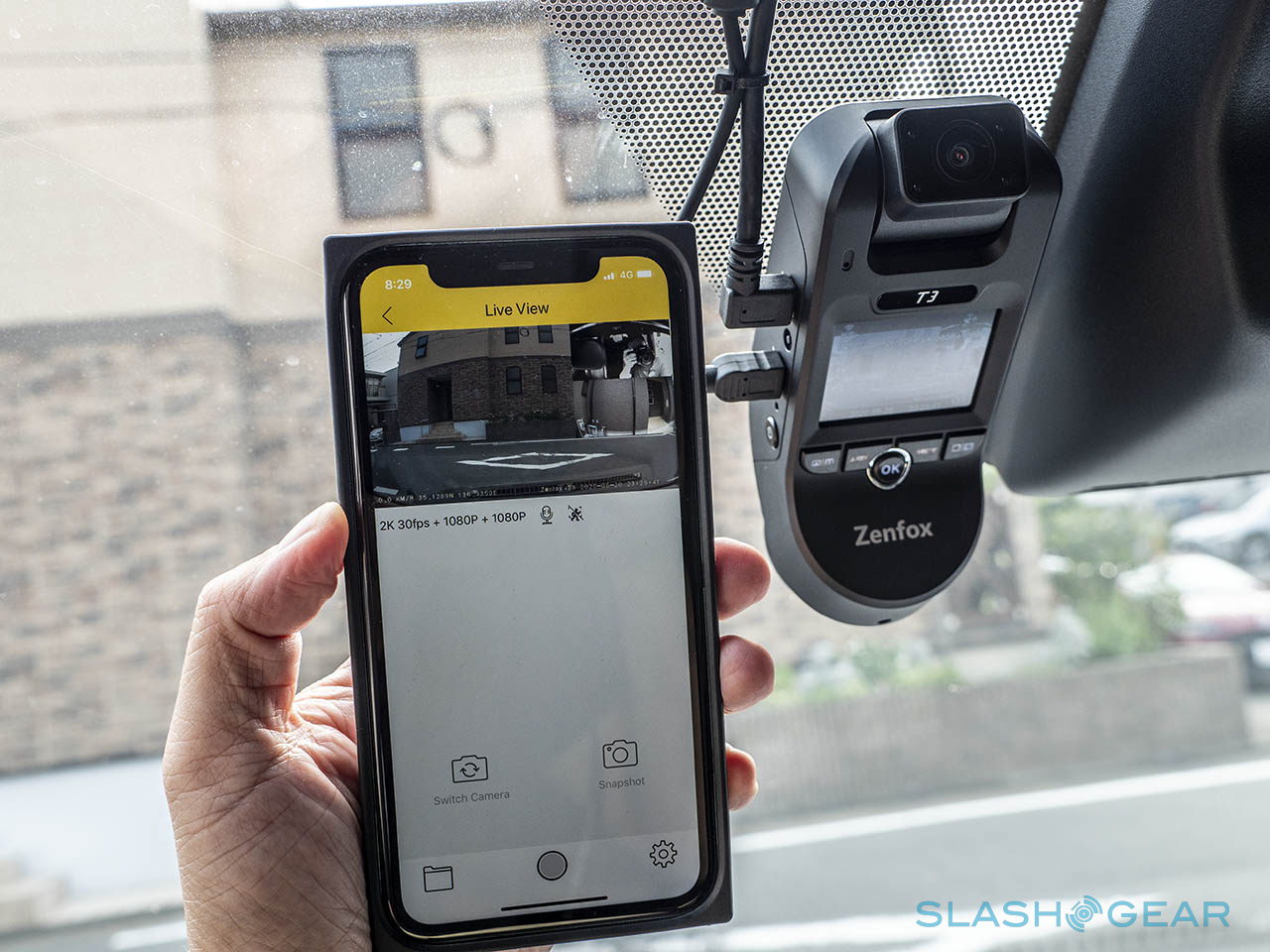 It’s easy enough to take for granted what you might need from a dashcam system, but when human judgment is unreliable, these can be your best witnesses. Whether for traffic safety or vlogging, the Zenfox T3 3CH Triple Channel Dashcam’s output definitely impresses.

That said, the $250 price tag is rather steep by dashcam standards, even with a three-camera setup and Zenfox could probably position it better in the market by knocking off a dollars from that.