This week the folks at Nintendo responsible for new editions of already-released products came out with a doozy. This is the New Nintendo 2DS XL Hylian Shield Edition. This version of the 2DS XL rolls pre-loaded with the game The Legend of Zelda: A Link Between Worlds. It also just so happens to have some detailing up top that makes it look like Link’s shield!

If you’ve never owned a 2DS or 3DS before – know this: This newest “New 2DS XL” is capable of playing the entirety of Nintendo’s 3DS game catalog in 2D. This device has NFC for amiibo support and works with 2 displays for fully-functional gameplay for all 3DS titles. 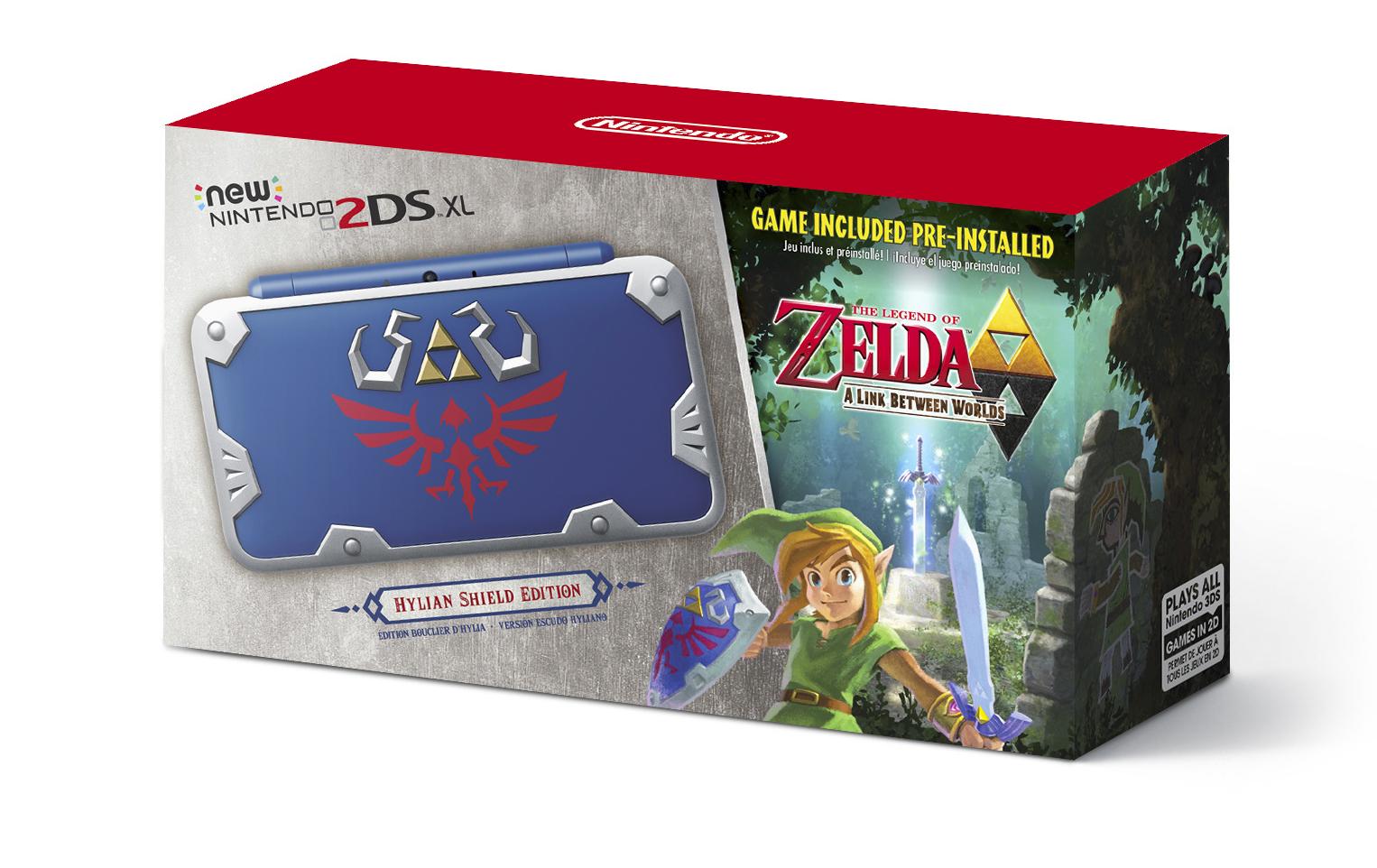 This device was announced exclusively for GameStop stores this week. It’ll be released on July 2nd, 2018, and it has a suggested retail price of right around $160 USD. Because Nintendo is cool, they include more than just the portable console in the box. They also include an AC adapter for charging, a stylus, 6 AR cards, and a 4GB microSDHC memory card, along with the game The Legend of Zelda: A Link Between Worlds pre-installed.

NOTE: The price of the non-Zelda “New Nintendo 2DS XL” is around $150 USD. If you’re all about rolling with Zelda, this might be the best way to go about it. Especially since the game and the console would cost more separately than they do together.