From the front it looks a bit like a catfish. From the top it looks like a water strider. From the side it looks like a great white shark. This odd-looking flying car is under development at a technology company near the Google X research facility–although so far it looks like Google is not involved with this project.

The company behind this vertical take-off and landing (VTOL) aircraft-slash-car is Zee.Aero. The head of HR there wrote to the San Francisco Chronicle this weekend that either he or Zee.Aero is “not affiliated with” Google. It was unclear whether he was referring to himself, his employer or both.

The Jetsons-reminiscent concept was patented in August as a “personal aircraft.” It can apparently coexist with car traffic. The rotors on the top of the aircraft allow for VTOL; the two on the back propel it. But that’s not the only unusual aspect about it. According to the patent, it’s battery-powered–an electric aircraft (or perhaps simply “EA”, following “EV” for electric vehicle.) 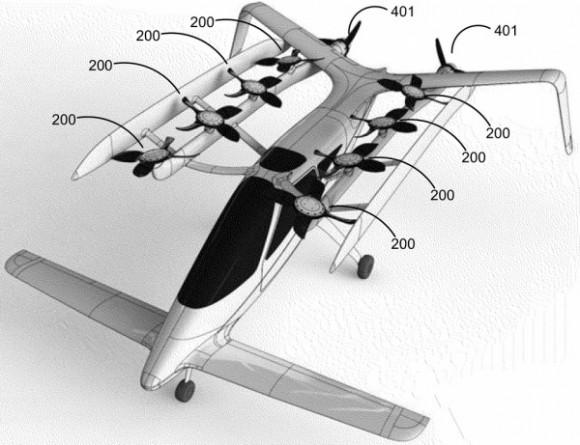 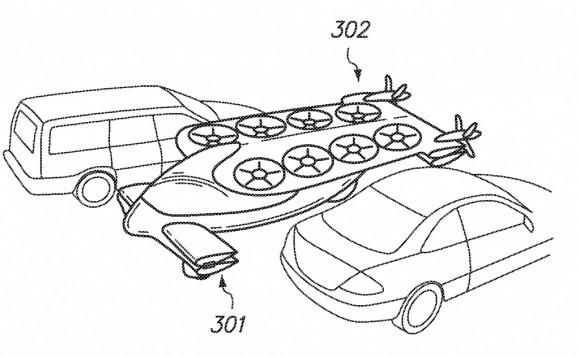 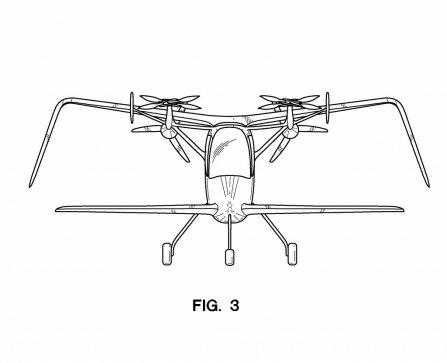 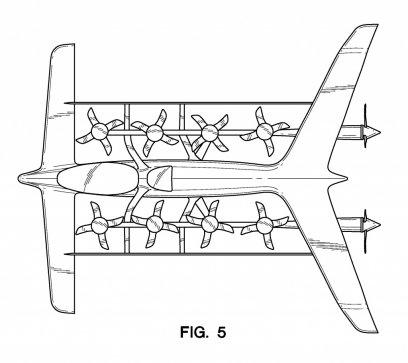 The aircraft has been under development for quite some time now. The photograph at the top of this article was taken a year ago by one Greg Espiritu at Naval Air Station Alameda, on San Francisco Bay. The one below was snapped in January 2013 by another individual, Thomas Shepard, at Zee.Aero’s Mountain View office. Both photographs were submitted to the Chronicle after it broke the news about the August patents. 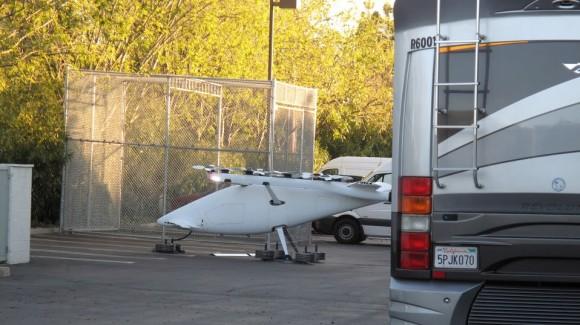 Zee.Aero is a startup company, but it obviously has some big funding. According to the Chronicle report, the company currently employs 52 people, 49 of which are well compensated technical positions. If it turns out to be a Google X project, we won’t be surprised considering Google X developed a self-driving car. Either way, we’d like to take this Jetsonsmobile for a test drive as soon as humanly possible.