Smartphones are getting more powerful but they’re also growing bigger. Even Apple, who held out the longest, has jumped on the phablet train two years back. There are still some, however, who find riches in the smallest things. Earlier this year, we got to see the Jelly, the world’s smallest smartphone. That might still be too much for some who just need a small device for calling. Enter tiny t1 from UK-based Zanco, which is probably the smallest “dumb” phone no one thought they wanted until now.

Why would you want a phone that’s only a bit bigger than your thumb? Zanco lists a few possible reasons and our minds can come up with lots more. But, at the end of the day, there really is only one reason: it’s cool/cute.

Is it functional? Somewhat. It’s a feature phone so there’s not much to expect. It can make calls and even SMS. There’s enough room for 300 phone numbers and 50 text messages. Naturally, it works only with 2G networks and can only fit a tiny nano SIM. 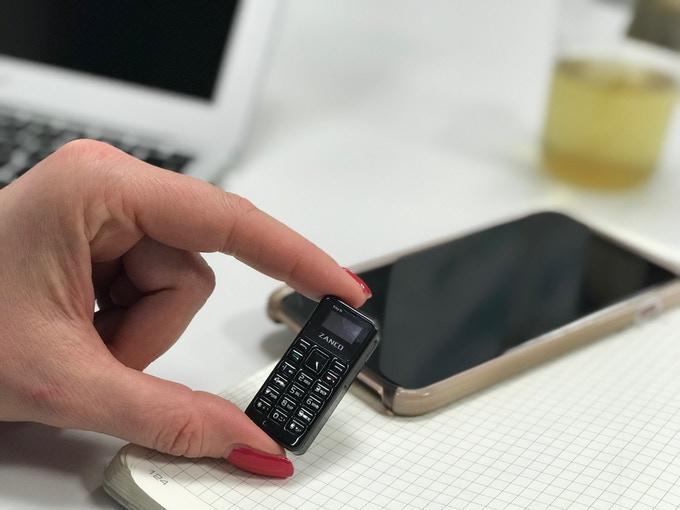 Is it actually usable? Probably not. The keys are too tiny to type any text message on and you’ll want to use a stick to dial numbers. It won’t have sophisticated audio components either, and the size means you will have to make sure your voice reaches the mic.

But then again, you aren’t really going to get the Zanco tiny t1 for its usability. It will mostly be for novelty that happens to be also usable to some extent. And it seems that 708 backers do believe so as well. The tiny t1 has breezed through Kickstarter with plenty of time to spare and will ship May 2018. That is, if they tiny phones don’t get lost in transit.