Android users will be first in seeing a brand new “buffering” text in their YouTube apps when a video is loading. This is unlike the past in which a spinning “wheel of death” was seen or – worse still – the video would just pause without any indication that it was about to start up again. Today, Google provides some much-needed notification of what’s happening. Almost like they’re opening the doors to you, the user, allowing you to see what’s actually going on in the app, in your internet, as your video loads.

While some users have seen this text as the video pauses as it loads, others (several via Android Police, for example) have seen the text only when they’ve tapped the video, creating a user-made pause situation. Unfortunately this same situation does not arise when you’re in an advertisement. Only once you’re past an ad, into the video you were looking for in the first place.

Of course if you’re using YouTube Red, you won’t see any advertisements in the first place – but that’s something completely separate from this.

What’s great about this change isn’t the text itself, but the loading. 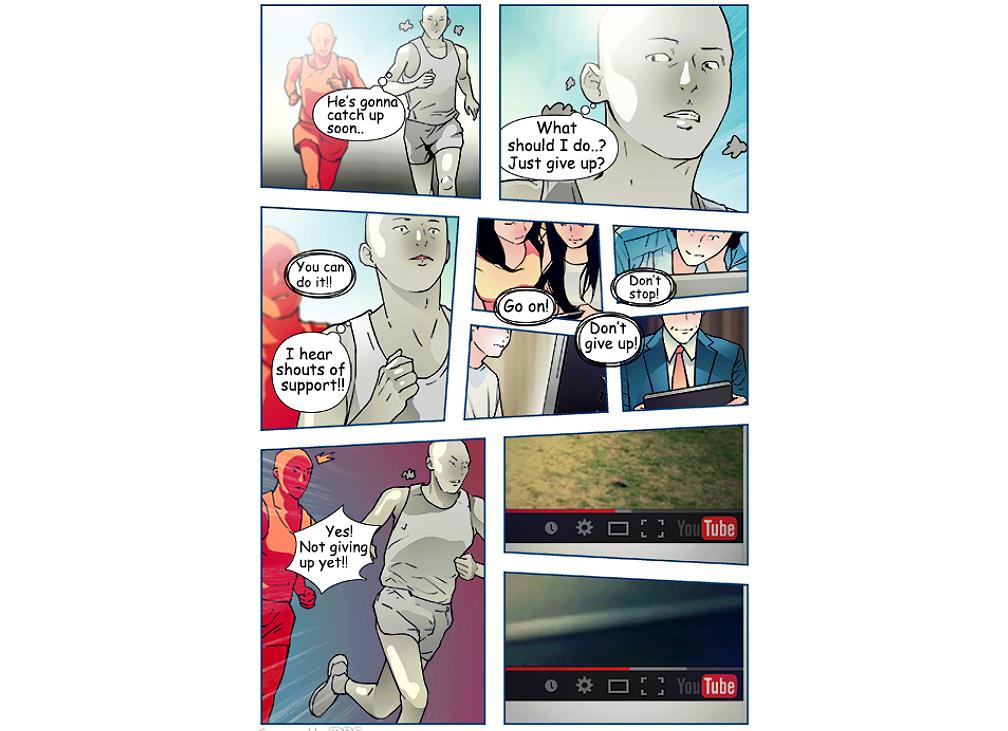 Now, even when you pause a video, it’ll continue to load. Until now, Google had used “DASH playback” (Dynamic Adaptive Streaming over HTTP), only allowing the video to load a short bit more than it’d already played.

Those with slow connections can rejoice! Pressing the play button now has little to nothing to do with how far a YouTube video will pre-load!

Without a doubt this is one of the most long-awaited changes to be made to the video service in its relatively short history.

No longer will we have to wait for the red and the gray marathon runners to compete.
Now it’ll be gray every time!

NOTE: You may not see this change right away. We’ve seen it in the YouTube app for Android so far, and we expect it to appear for desktop and iOS sooner than later.