YouTube is back with another update on its effort to reduce hate speech on the platform, revealing that users will soon see a prompt before commenting that reminds them to be respectful. The warning will appear if YouTube’s system detects that you may be about to publish a hateful comment, the idea being that you’ll have a chance to rethink your commentary.

YouTube has historically been the place where one would purposely avoid reading comments in order to avoid abuse that was once rampant on the platform. Though the company has taken steps to improve its comment section, including filtering potentially harmful comments for review, it says that creators want more.

‘We know that comments play a key role in helping creators connect with their community, but issues with the quality of comments is also one of the most consistent pieces of feedback we receive from creators,’ the company explained in a new blog post. Getting users to edit their comments before they’re published is a step toward addressing this issue. 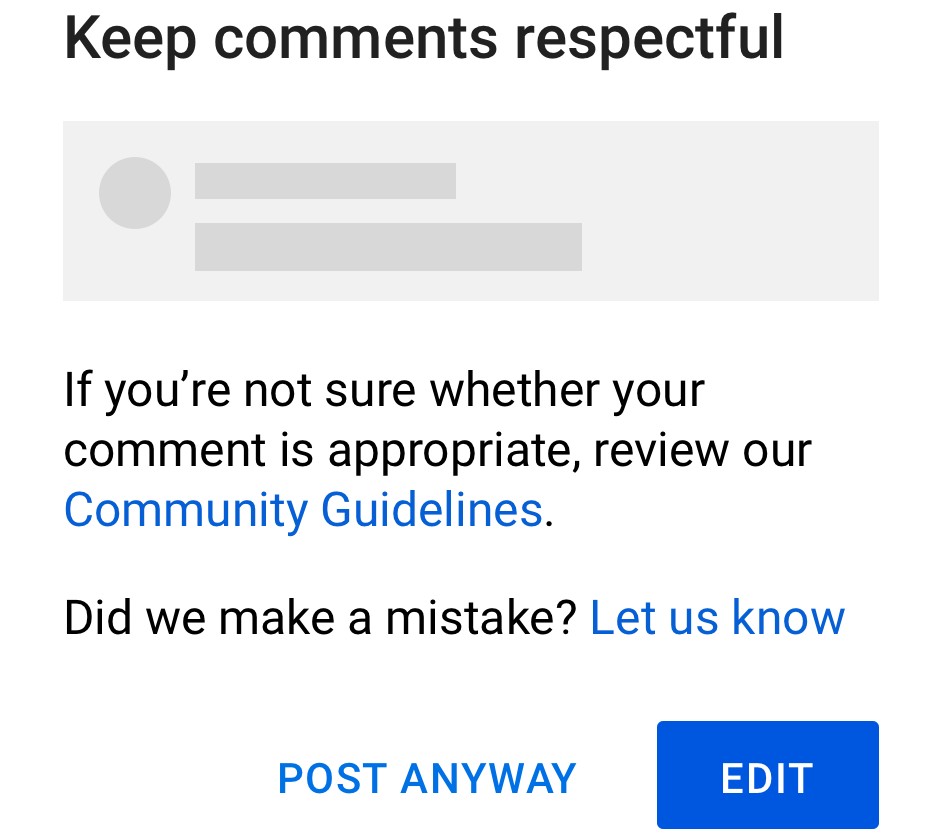 According to the YouTube Help website, Android users will now see the prompt above if the system detects that they may be planning to publish a harmful comment. The system may not be perfect, of course, and so users retain the option of publishing their comments unedited even if they see the prompt.

In addition, YouTube says that it is testing a new Studio filter that will remove the comments automatically flagged for review. This way, creators who don’t want to expose themselves to the negativity can entirely avoid reading the comments and trust the system to take care of them.