Your phone steals your capacity to think (when you see it)

The mere presence of your smartphone impairs the human ability to think clearly and pay attention. This is one conclusion reached by a study which explored cognitive capacity at a time only one other study previously explored: “when smartphones are not in use, but are merely present.” As both studies’ piles of research showed, one cannot operate at full brainpower when a smartphone is within view.

The more recent study to which we’re referring today went by the title “Brain Drain: The Mere Presence of One’s Own Smartphone Reduces Available Cognitive Capacity.” A very similarly-titled paper was published a number of years earlier with a very similar subject matter for study.

The one previous study that investigated the cognitive effects of a “merely present” smartphone was a paper by Thornton et al. (2014, 485–86). Thornton et al. found that the phone elicits awareness of the “broad social and informational network … that one is not part of at the moment.” How could we be blamed for lack of attention at a task when a global repository for information and entertainment is within arm’s reach? 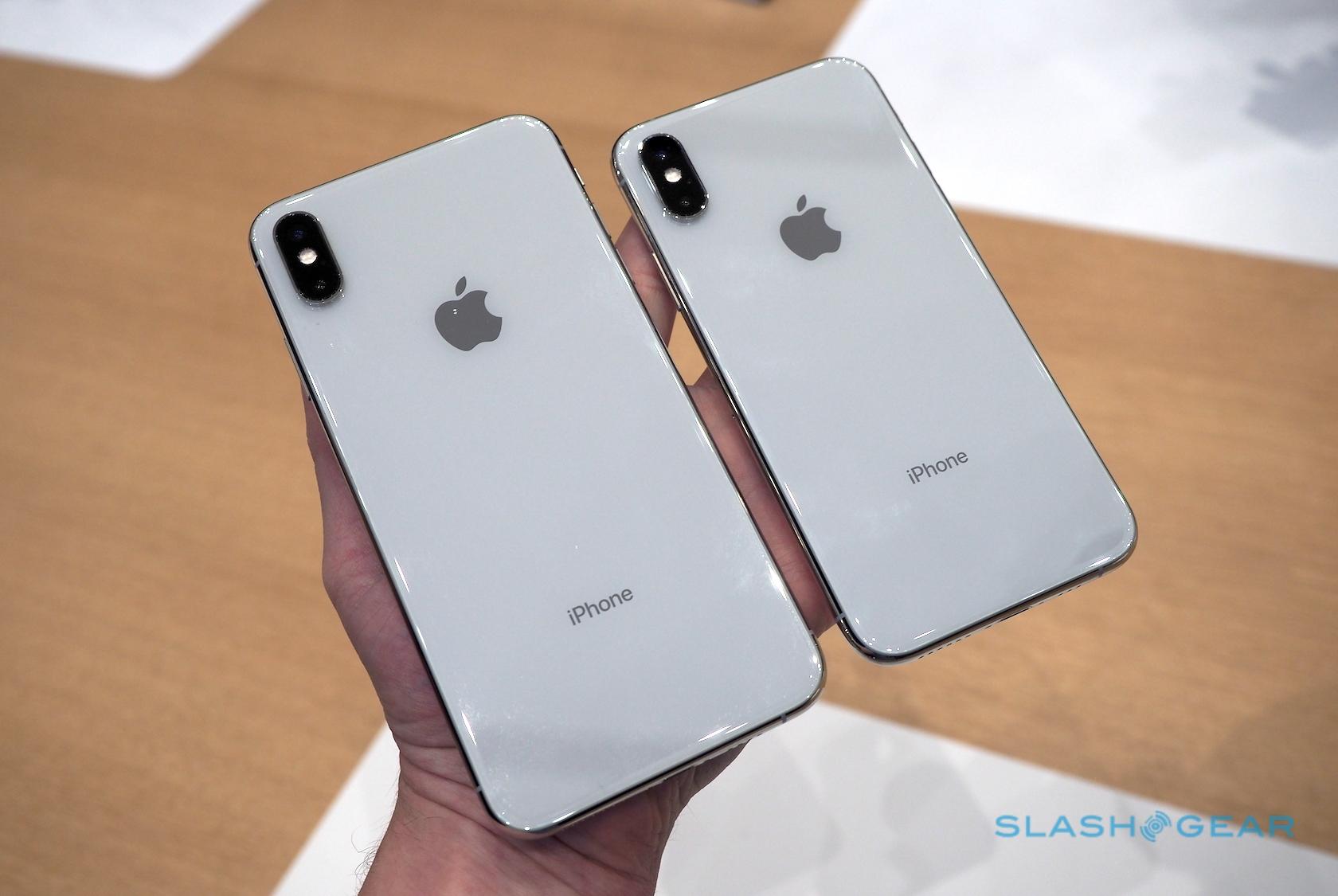 The bowl and the stack

If you’re going to have a dinner party at which everyone is operating at 100%, a standard phone bowl or phone stack will not do the trick. A phone bowl is any sort of container in which all of a present company’s smartphones are placed. This placement ritual is done in order to decrease likelihood that anyone would be present physically, but mentally checked out (due to smartphone use).

It’s a similar situation at a dinner party in which everyone’s phones are placed in a single stack in the middle of the table at which the meal is served. The common penalty for being the first person to remove their phone from said stack is a required payment of the bills of every person present at the party – assuming you’re at a restaurant. 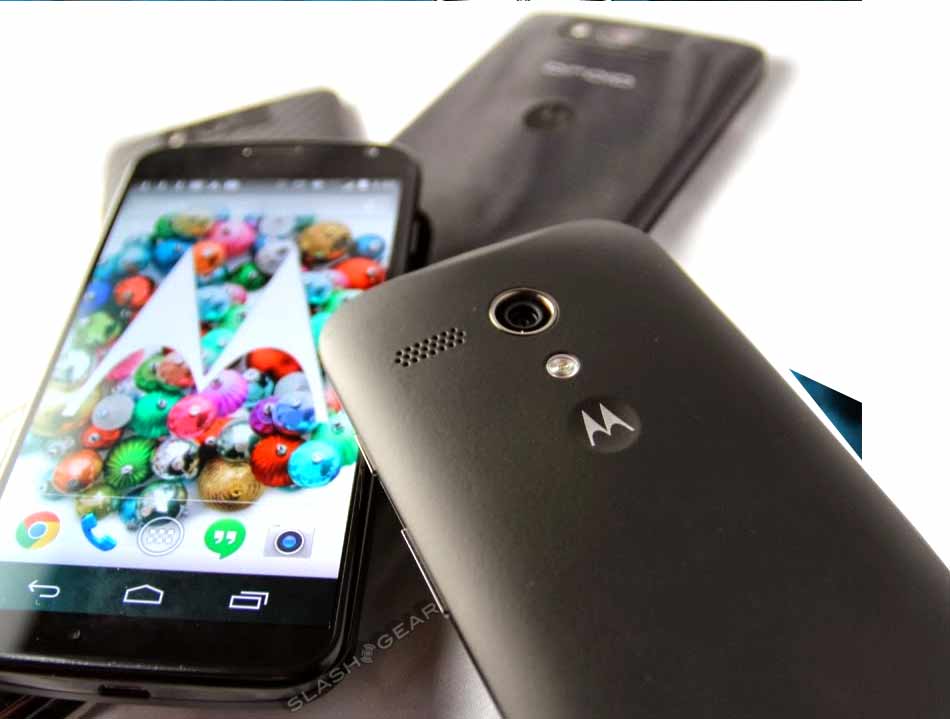 While the bowl and the stack are effective, they’re not perfect. The reason we’re not able to function fully with phones in view should be generally obvious – the phone is enticing. The most recent study made clear a few factors at play here in attention-keeping and intelligence.

Fluid Intelligence is the ability to think on your feet, attaining information and processing (with working memory) on-the-go. Crystallized Intelligence is a domain-specific skill or accumulated knowledge. It’s stuff you learned and keep tucked away in your brain so that you don’t have to constantly rely upon your fluid intelligence. Importantly, it would seem that overall cognitive capacity is limited, so “occupying cognitive resources reduces available cognitive capacity.”

The RSPM test aims to test only the participant’s real-time problem-solving abilities by giving them problems that won’t be helped by past knowledge, aka crystallized intelligence. RSPM tests Gf. Tests seem to have resulted in fairly clear results. 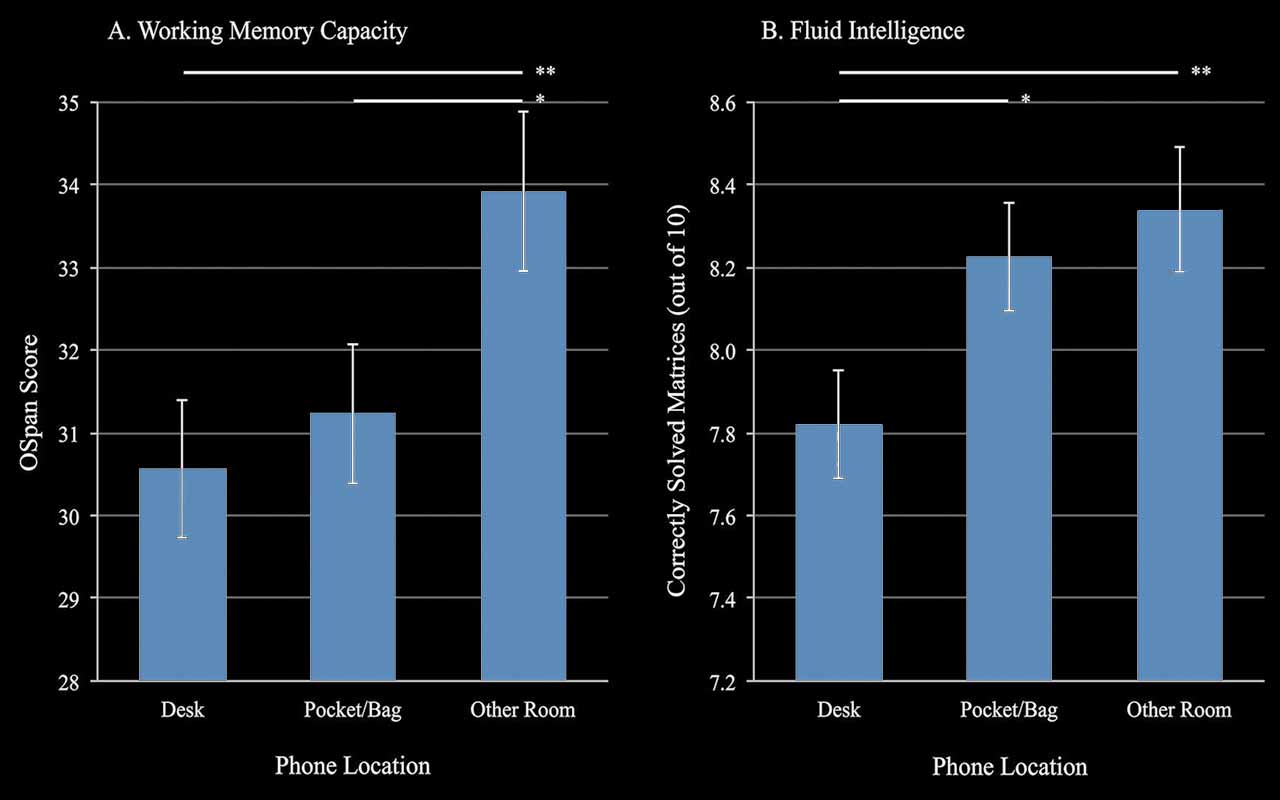 Above you’ll see results of the Working Memory Capacity and Fluid Intelligence tests in the most recent study. Participants working with the phone out of sight and out of room displayed the highest cognitive capacity. The lowest scores seemed to correlate with the phone’s appearance on the desk, within sight.

Conclusion and the “uh oh” moment

The moment at which we said “uh oh” while researching this article happened in the most recent study’s section called “Perceived Influence of Smartphone Presence.” The conclusions reached by this research largely aligned with the second study cited in this article. But the “perceived” bit threw us for a loop.

There was a contrast between perceived influence of phone presence and participants’ actual performance. This significant contrast indicates that the participants either failed to anticipate or failed to acknowledge “the cognitive consequences associated with the mere presence of their phones.”

Self-reported frequency of thoughts about the phones also indicated that participants are affected by the presence of the phone no matter what. Even if they feel they’re able to keep their mind on the task at hand, “the mere presence of one’s smartphone may reduce available cognitive capacity and impair cognitive functioning.” 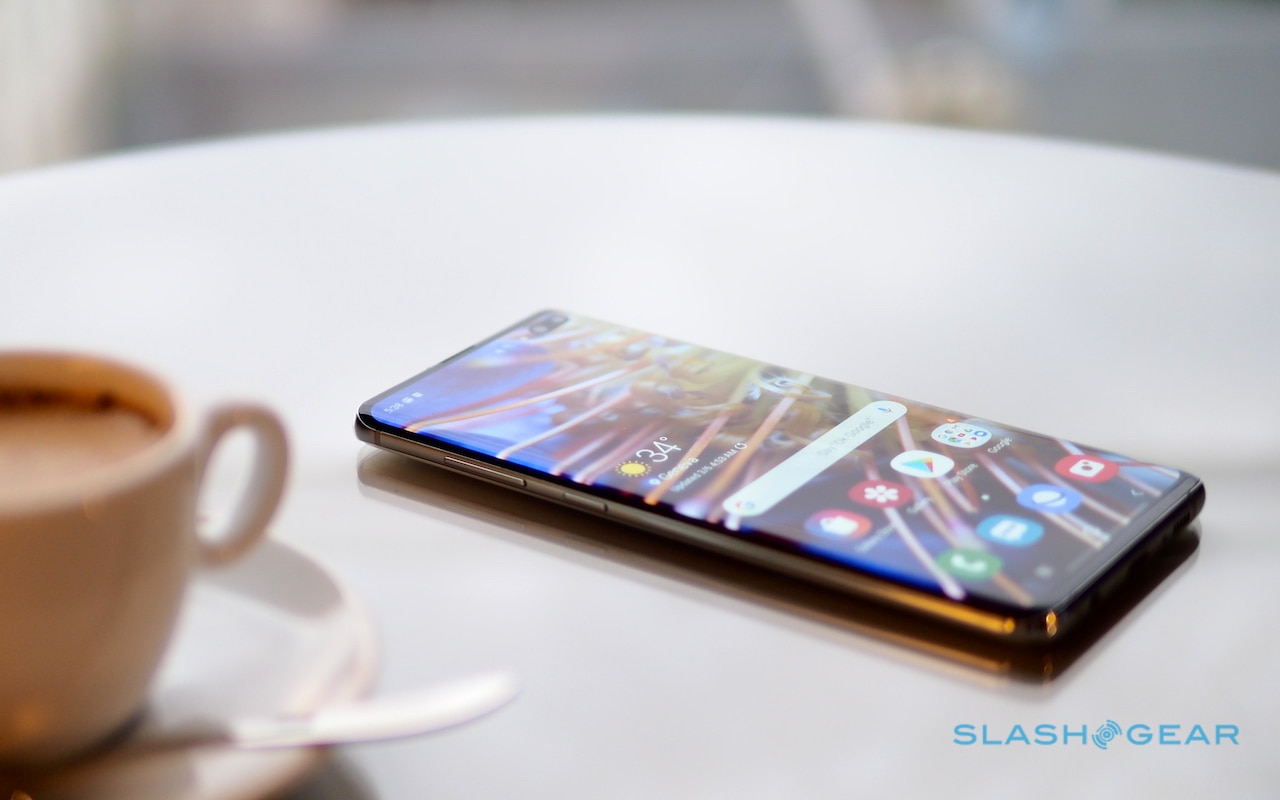 If you’d like to learn more about these studies, go ahead and dive in! The first paper was published back in 2014, and the newer paper was first listed online in 2017. Both are new enough that they’re extremely significant right this minute – and we look forward to long-term studies of similar effects in the future.