Your OnePlus 7 Pro may have a touchy issue

The issue was raised in OnePlus forums this week with a selection of different problems in tow. Several different possibilities for the triggering of this app seem to come down to what’s on the screen and what’s behind the screen.

I have a review unit here (from our big OnePlus 7 Pro review) that I’ve been using for some weeks. I’ve not had the issue – not that I can recall, anyway. Not in the manner in which the issue’s been described by OnePlus users in this forum.

I DID notice that the torch (aka flashlight) on the back of the phone had turned on in my pocket a couple times earlier this month – but I’ve not had that happen in the last week, at least. This led me to guess at an issue having to do with the device’s pre-installed screen protector.

UPDATE: The official OnePlus-noted OnePlus 7 Pro list of issues was updated. That’s a list of issues reported on the Stable version software 190515 and acknowledged by OnePlus software/hardware support.

Issues reported on the Stable version 190515:
1. Ghost Touch Issue on 3rd party Applications.
2. Battery drain and Heating issue.
3. Selfie camera pops up while getting an incoming video call, the camera pops up even if the Device is the pocket.
4. MMS messaging not working with Inland Cellular(carrier) on One Plus 7 Pro.
5. An issue with Incoming calls for the users using Verizon Network: Unable to accept incoming calls from Verizon iPhones.
6. Ghost Touch Issue on CPU-Z Applications (sorta the same as #1)

Our review unit is clear (so far)

There are a couple potential differences between the OnePlus 7 Pro I’m using and the OnePlus 7 Pro units on which many issues are reported. First – I removed the pre-installed screen protector after I used the device for a few days.

It’s not clear yet whether the screen protector caused any touch issues. I removed the protector from this device because it started to reveal air bubbles after a few days’ use – along the upper right-hand edge. 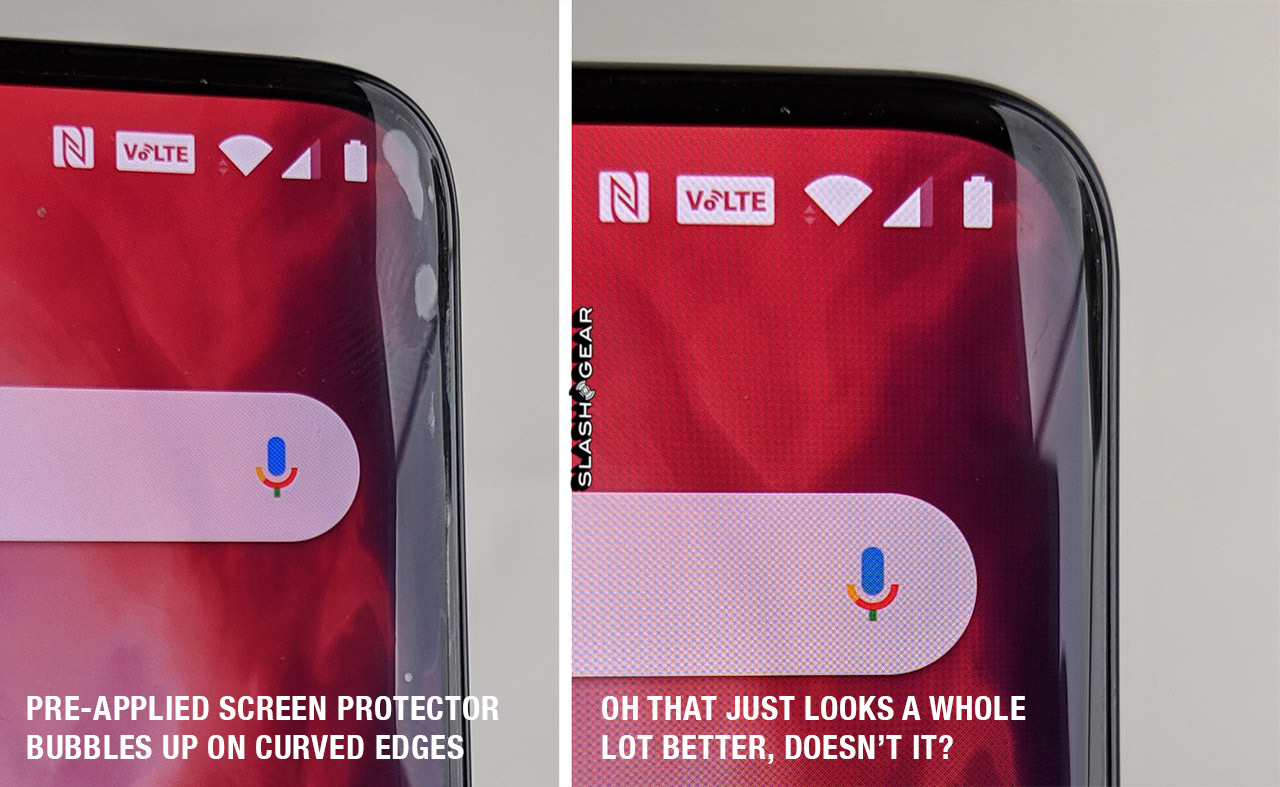 This device I’m using (with no noticeable touch issues) is running Oxygen OS 9.5.3.GM21AA, Kernel from May 12th, Android Security Patch April 1st, 2019. It would seem that lots of troubles can be identified when each user downloads and opens the app CPU-Z.

In CPU-Z, the phone’s various sensors, processing hardware, and etcetera are shown in quantifiable terms. The user can choose to switch each group off if they desire: GPU, CPU Load, and Sensors. According to OnePlus forum members parsa5 and casian.lacatusu, turning the “sensors” tab OFF results in all OnePlus 7 Pro Ghost Touch issues ending (or so it would seem).

If I were to toss out a guess, I’d suggest that there’s some sort of issue in calling some sensors from behind the device’s display. This device has an AMOLED display – a very THIN display through which sensors can gather information. Under the center on the lower half of the phone is a fingerprint sensor that peeks through the device’s display.

Stick around as we see what OnePlus has to say about the issue. Based on what we’ve seen, it should be a relatively easy fix to end touch issues by turning off sensors – but what if an app needs said sensors? That might be a hardware issue that can only be solved by trading an old unit for a new unit. Otherwise – easy as cake fix. But we’ll see.