Year of the Linux desktop: better luck next time

Every upcoming new year has been predicted, or wished rather, to be the year when the Linux operating system in its desktop form would finally explode into the mainstream. That has actually become a thorny subject among Linux advocates and sometimes even a running joke among both believers and skeptics alike. After so many tries, dating back to even before the popular Ubuntu was released, is there still hope for the Linux desktop? Or perhaps the question is whether it still matters at all.

When it comes to desktop operating systems, Windows and macOS are undoubtedly the biggest players. Linux comes at a distant third, though it is by far the most known among the “everything else” slice of the OS pie. Linux’ unexpected and meteoric rise in both fame and use is already well documented countless times over. Suffice it to say, it is an operating system born both from a social movement as well as a pragmatic need, and its continued existence retains that two-pronged identity.

There are myriads of reasons why Linux has a strong user base, and even some businesses, no matter how many times the likes of Microsoft or even Apple try to snuff it out. And those reasons are as varied, and sometimes mind-boggling, as the users who use them. 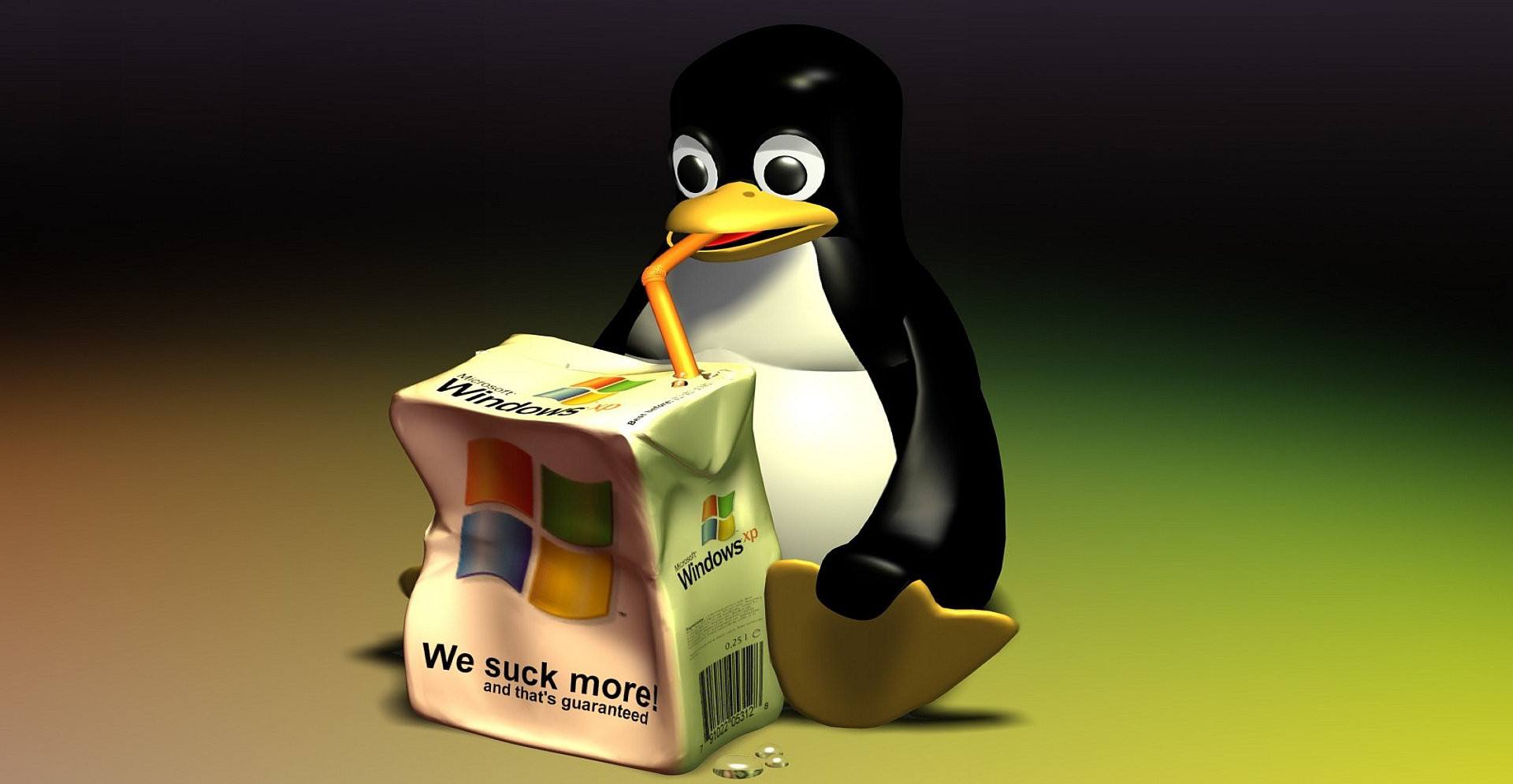 At the most basic, it’s hard to deny the lure of free, of not having to pay a cent to get an OS and use it anywhere. But that free price is really only a by-product of Linux’s true freedom: the freedom to take the source code and use it any way imaginable and unimaginable. In other words, free and open source software. This is the primary strength of Linux from which all other benefits spring from.

For example, you can take Linux and run it on almost any kind of computer imaginable. Unlike the behemoths that are Windows and macOS, Linux can be stripped down to its most basic form or built up with all the bloat you can think of. It runs on anything from servers to PCs to phones to even refrigerators. Really anything that has a processor that’s powerful enough. And since it’s not beholden to any single company, its existence likewise isn’t beholden to fluctuating profits or whimsical shareholders.

So Linux runs practically anywhere. In fact, it already runs everywhere, in places you might not have heard (unless you did your research) or might not expect. Linux practically makes the Web go round, being the OS of choice for servers. Linux also powers the largest number of smartphones in the world, since Android, at its very core, uses Linux. The Raspberry Pi, one of the most popular hobbyist boards, until recently was exclusively a Linux board.

Linux on the desktop, on the other hand, is a completely different, and almost opposite, story. This is the type of Linux that would power a desktop, laptop, or even 2-in-1 computer. Here, Linux has failed to gain a strong enough foothold in the market to even come close to macOS, itself still dwarfed by Windows. Sure, there has been a surge of interest, even media coverage about Linux as an everyday OS for the everyday user, in no small part thanks to Canonical’s aggressive push of Ubuntu, but that fever has seemingly died down a bit and Linux, though growing slowly, remains at a fraction of the market.

Truth be told, the Linux desktop, with few exceptions, almost has everything a desktop user would need, from desktop software to productivity suites to even professional-level content creation programs like Blender 3D or Krita. In some cases, Linux software even does better than proprietary counterparts on Windows and macOS. Sure, there are quite a few corner cases, particularly when it comes to big, popular desktop software, which we’ll get to later. But one of the biggest hurdles in Linux’s widespread adoption on the desktop isn’t the software. It’s actually the hardware.

Technically speaking, Linux is really just the kernel, but the kernel’s role is the most important one in the operating system. It is the piece of software that manages hardware resources and exposes them to other pieces of software, which, in turn, communicate with the user. That hardware management happens through a driver system that was established by operating system and hardware makers to solve the convoluted mess of the computer market back in the 80s and 90s. In a nutshell, each piece of hardware needs a driver that the kernel uses to talk with it, sort of like a translator.

The problem is that hardware makers aren’t always keen on writing drivers for Linux, either because they (irrationally) fear its open source licensing or because they lack the resources or monetary incentive to support an operating system that doesn’t even have the user numbers as macOS. As such, Linux is left with a set of drivers that work perfectly with older, tested, and sometimes reverse engineered hardware. Or a generic driver that will have users praying will work on newer hardware. Which isn’t always the case.

This unfavorable driver situation is best exemplified by the newer generation of devices and components, especially with graphics cards, touch screen controllers, and motion sensors. Trying to run a Linux desktop on, say, a Microsoft Surface tablet, or a desktop with the latest NVIDIA GTX 1080, or a MacBook Pro with a Touch Bar, is always a game of chance. Sometimes it works, sometimes it doesn’t. Sometimes it works and then the next time it doesn’t. Linux users are often advised to only buy hardware that has been proven to be Linux-friendly, which is, on the surface, sage advice. But that usually translates to hardware that is a few years old or hardware that doesn’t exactly stray from the traditional computing. In other words, nothing new, shiny, or unorthodox.

There’s a misconception that Linux users, in fact open source advocates, are like the grumpy old men always shouting at kids to get off their lawns. If you look at the young risk takers trying to push the boundaries of technology and computing, they’re most likely to be using Windows or, more often than not, Mac computers. While there are definitely a good number of Linux users dying to see their favorite distro running on phones and tablets, majority of Linux users seem content with conventional, more stable uses of the Linux desktop. One the one hand, you can’t blame them for wanting things to “just work”, considering how often things don’t when you try to live on the cutting edge. On the other hand, it perpetuates a vicious cycle that has Linux always playing catch up, especially in hardware adoption.

Every time a new hot device comes out, it will naturally be running Windows. A miracle if it runs Android, which would make things a bit easier, though not completely so. There will definitely be a few adventurous souls willing to burn their financial reserves to play around with these devices and get Linux running on them to some degree. If they’re lucky. But even if they are, most of the time it ends up the work of a lone hobbyist or small group of hackers. You won’t see the big Linux companies putting their weight, not to mention their clout with Microsoft, to get things rolling. It gets a bit worse if you try to consider monetary incentives. Jolla’s Sailfish smartphone and tablet would have probably been the closest to a more “Linux-y” mobile device, and, despite intense support from its community, didn’t do well financially. 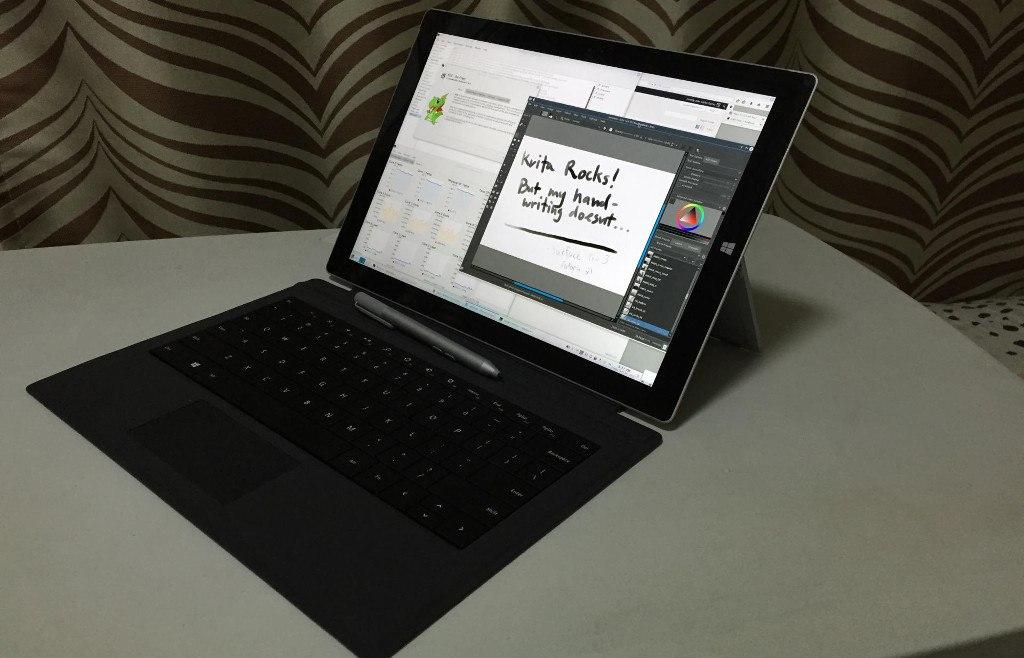 Many Linux users seem content with keeping things with desktops and laptops, sometimes even shunning mobile devices as a fad. But like it or not, they are part of the future of computing. In fact, they are already the present. No, the desktop isn’t dying, but mobile technology is already influencing trends in desktop and laptop computing to a great degree. And, sad to say, that is where those who write software for computers are heading.

If there was one thing that Steve Ballmer ever got right, it would be that chant. Linux’s problems with adoption is not that different from the same hurdles that new mobile platforms, including the former Windows Phone, face all the time: developer traction and, consequently, the app ecosystem. There is no shortage of Linux desktop users. In fact, there would be even more such users if Linux had some of the apps and games they’re so used to on Windows or macOS. Yes, there is WINE (WINE Is Not an Emulator), but it doesn’t always work, especially for games, and it won’t beat the performance of apps running natively on the OS.

Valve was on the right track when it aggressively pushed for Steam Machines, which are basically Linux boxes customized for a living room gaming use case. It gave game developers pause on the real possibility of developing games that ran natively on Linux. And, to some extent, that strategy worked. Today, Linux gamers can boast of native ports of some triple A titles. Sadly, Steam Machines turned into mostly vapor ones and the push became weaker and weaker. Hopefully, the wheel won’t stop turning just yet. 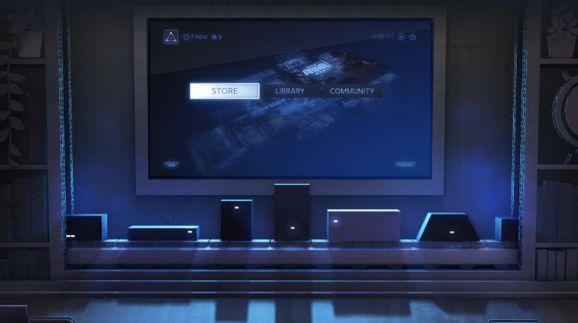 And those are just for games. Let’s not forget the other dozens of high profile software on those other two operating systems, particularly Adobe’s suite. Yes, there are better alternatives to some of them, but there is more than one Adobe software. Other graphics programs are missing too, or non-office productivity software.

And Linux-exclusive software isn’t usually better either. While some programs do bill themselves as alternatives to Windows software, they often miss the mark or, like in the case of hardware, ask users to just swallow their pride and take what they can get, which sometimes isn’t that much.

So should Linux users and developers give up on making year after year the Year of the Linux Desktop? Hell no! Linux continues to exist for a reason and continues to have a strong, though small, user and developer base. It remains to be the bastion (though some would disagree) of the open source world and is a shining example of what can be done with (mostly) free and open source software. If anything, it remains to be a refuge for those seeking asylum from the proprietary worlds of Microsoft and Apple. And because it isn’t tied down by corporations, it can explore new frontiers and features, some of which even end up on mainstream platforms.

But if Linux is really to take the desktop world by storm, it has to learn to go beyond the desktop as well. Which would mean it has to start making shiny new things a goal rather than a “nice to have”. And it can really only do that if they lure hardware makers and developers in.

The beauty of Linux is that anyone, from the simplest lone user to the largest company, can pitch in. Actually, everyone has to, if 2017, or 2018, or even 2020 is to be that year for Linux.