Three wheelers were common on the off-road scene in the 80s before the four-wheeler made its debut. Three-wheelers had a bad name as being unsafe and unstable thanks to the single wheel in the front. Eventually the three-wheeler went the way of the dodo for off-roading and quads become the norm. On the street, trikes, which are street legal three-wheelers, have been common for decades and over the last several years, a change has happened for street trikes where some moved to dual wheels in the front and a single rear drive wheel.

Yamaha has pulled the wraps off a new concept trike called the 01Gen and it is one of those trikes with two wheels in the front and a single rear drive wheel. The idea behind this concept is for a dual-purpose trike that can go on road or off. 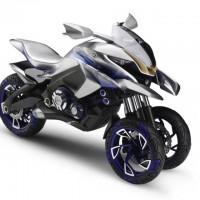 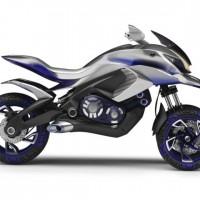 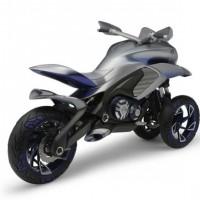 Dual sport is nothing new, motorcycles designed for on and off road use have been around for a very long time, but this concept is the first attempt by Yamaha to make a reverse trike for the street and trail. Yamaha isn’t offering much in the way of detail on the machine’s drive train.

We have no idea what size engine it uses for instance. It has forks for the front wheels indicating that it would lean into the corners for stability at speed, and the rear wheel is belt driven. One important fact that is unknown is if the 01Gen will ever make it to production.