XSTATION lets you have both an Xbox One and PlayStation 4

The console wars are often drawn between the Xbox and PlayStation camps (sorry Nintendo), but, whether you’d like to admit it or not, there will always be games from the other side of the fence you wish you could play on your favorite console. The most obvious solution would be to get both consoles, but that would quickly become a management nightmare. Fortunately, console modder extraordinaire EdsJunk has come up with a cleaner and smarter solution. Meet the XSTATION, your Xbox One and PS4 in one gateway to gaming paradise.

While it’s dirt simple, though not cheap, to buy an Xbox One and a PS4, that would meaning having to juggle connections, maintain two separate boxes, have two separate power supplies, and room for two boxes. That definitely takes out the fun of gaming, not to mention the convenience of a “turn on and play” appliance like a gaming console.

As you might have guessed, the XSTATION crams the two consoles into one chassis but does so in a very smart and efficient way. For one, the resulting size is nowhere near the size of a PS4 and Xbone combined. In fact, the XSTATION is just only a little bigger than first Xbox One. 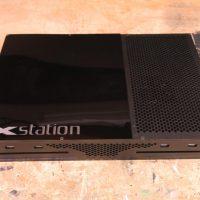 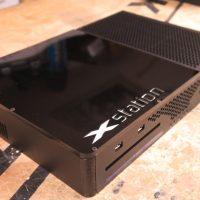 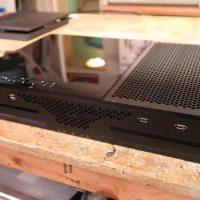 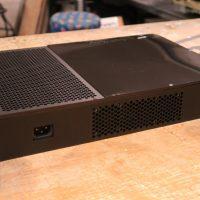 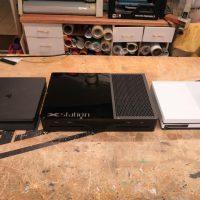 The other bit of smartness is that there is only one HDMI video out connection and also one power supply that’s even internal. An Arduino microcontroller switches the power and video between the two at a push of a button. Nothing gets simpler than that.

There are a few drawbacks to the XSTATION compared to EdsJunk’s other mods like the PLAYBOOK or XBOOK. There is no built-in display here and you’ll have to connect it to an external one. Then again, this combo console is too heavy to be portable anyway. For another, you only power one console at a time and switching to one puts the other to sleep. It is a necessary tradeoff to keep the XSTATION from becoming too hot.