This DIY fix serves as a testament to the extent users will go through to desperately fix a significantly broken device. It also probably hints at how much trouble the Xperia Z3+, a.k.a. Xperia Z4 in Japan, is giving its users. And some users just can’t take the heat anymore. One in particular, ingeniously applied a bit of physics and chemistry to help dissipate the heat that the smartphone is generating using nothing but common kitchen foil. And apparently, he wasn’t the only one who has thought of that solution.

Of all the Snapdragon 810 smartphones, it is perhaps the Sony Xperia Z4/Z3+ that is having the worst heat problems, at least relative to the likes of the HTC One M9. This problem manifests in two very annoying problems for users, aside from burning your hands, of course. In some cases, the heat gets so bad that apps are forced to shut down, like the camera app for instance. In most cases however, the heat forces the CPU to be throttled, impacting the performance of the device.

In theory, a smartphone’s aluminum body should help dissipate the heat quickly compared to plastic. But for some reason, perhaps because of the glass sandwiching the aluminum frame, this doesn’t happen on the Sony Xperia. Using that same principle, XDA member schecter7 applied six layers of kitchen aluminum foil to the back of the smartphone, held in place by a case. To prove his hypothesis, he ran everyone’s favorite AnTuTu benchmarking tool several times to show the extent of throttling with and without his foil fix.

Without case or foil: 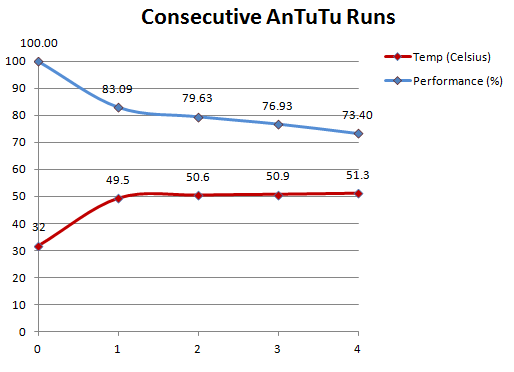 With case, no foil: 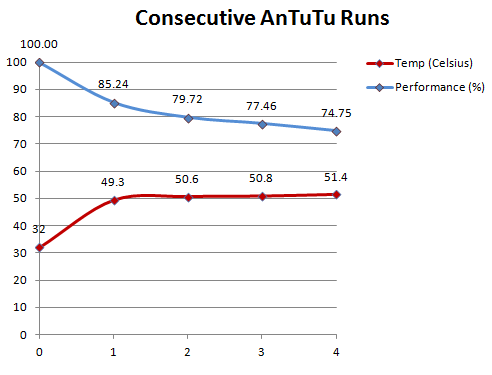 With case and foil: 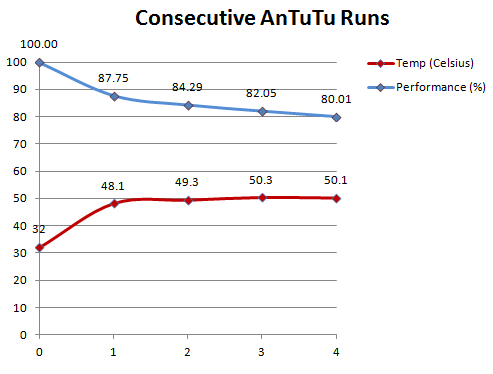 The difference might not be that staggering, but every bit helps. Especially if it increases not only performance but also comfort. Another XDA user confirmed this solution, adding that even copper foil works just as well. The tradeoff, aside from having a case permanently attached to the Xperia Z3+, is that the foil blocks the NFC from ever being used.

It’s tragic how users have to resort to such measures to squeeze out every bit of performance that should rightfully be theirs. Even more tragic is the fact that Sony probably isn’t able to do anything beyond software tweaks if there is indeed an issue with the smartphone’s materials. Then again, as some commenters point out, why would you knowingly buy a smartphone that already has such a reputation anyway.