The problem with launching too many phones in a year is they begin to blend into each other. They also induce buyers’ remorse when a better option comes out too soon. That’s the current problem LG will face with its new ThinQ series of smartphones. And in a few months, that might also be what Sony will find out. According to a leak, there’s an Xperia XZ3 coming in September and its very well what the Xperia XZ2 should have been four months ago.

Some call it the Xperia XZ2s and it’s not hard to see why. If you look closely at the leaked specs, it definitely resembles the Xperia XZ2 more than a proper upgrade that deserves a +1. Given this is Sony we’re talking about though, there’s a chance it could call it both.

The changes in the Xperia XZ2s/XZ3 are admittedly small but significant. It addresses two of the almost literally biggest flaws of the Sony flagships. For one, it is thinner, down from 11.1 mm in the Xperia XZ2 to 10.1 mm in this upcoming smartphone. Considering how thick the XZ2 was, any millimeter shaved off is worth it. 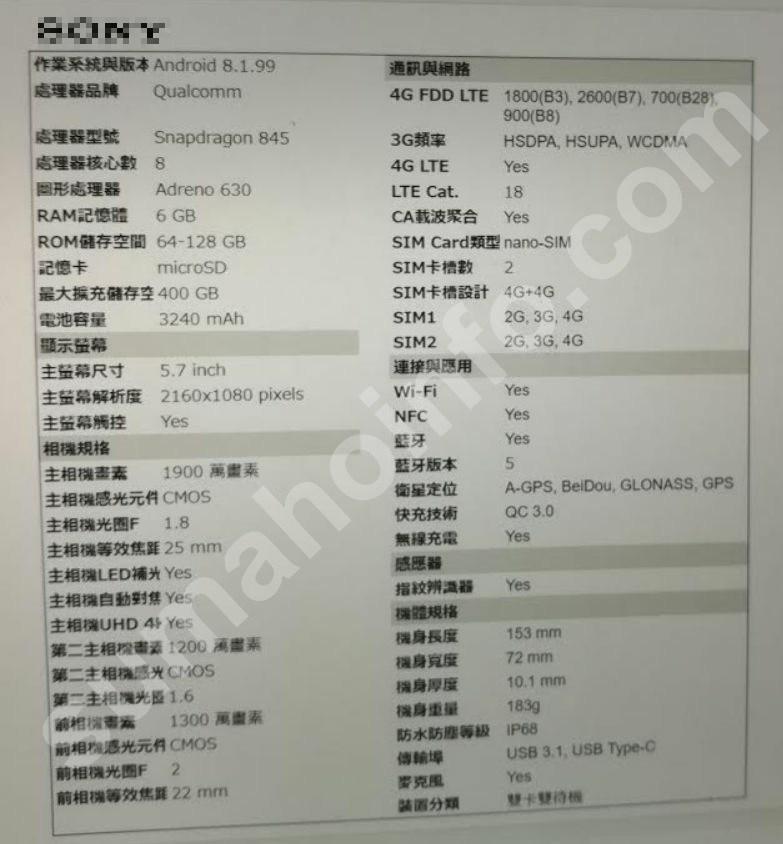 Despite the size savings, it is believed to have a bigger battery at 3,240 mAh. The Xperia XZ2 only had a 3,180 mAh battery. How Sony managed to do that is going to be interesting to find out. If this spec sheet is correct, the Xperia XZ3 will also be Sony’s first smartphone to come with 128 GB storage out of the box.

The Xperia XZ3 or Xperia XZ2s is slated to debut at IFA in September. That would have given the Xperia XZ2 a half year lead, if not for the fact that Sony launched the Xperia XZ2 Premium not long after. Anyone who has been holding off buying one might now have even more reason to wait first.