Sony’s Xperia phones probably don’t come off as a gamer’s phone. Its older design seemed aimed more at business users while the newer look is targeted at binge-watchers. Still, every high-end premium phone is technically capable of more resource-intensive gaming and the latest Xperia 1 “Mark II” is no exception. In fact, Sony has stepped up the phone’s gaming chops with a new heat suppression feature that offers a rather unique but unconventional way of keeping your phone alive even with long, intense gaming sessions.

For all the advancements in smartphone technology, it still can’t escape the laws of physics especially when it comes to heat. Heat is the by-product of heavy processing and also degrades battery life over time. Not all phones have some cooling gimmick like literal fans to keep things cool but Sony has something that offers a bit of a compromise in that regard.

The Xperia 1 II’s Game Mode includes an H.S. Power Control, the acronym standing for “Heat Suppression”. The idea is to reduce unnecessary thermal emission that would force the phone to throttle the CPU and GPU performance which would, in turn, affect the gaming experience. And it does so by not charging the battery even when the phone is plugged in for charging. 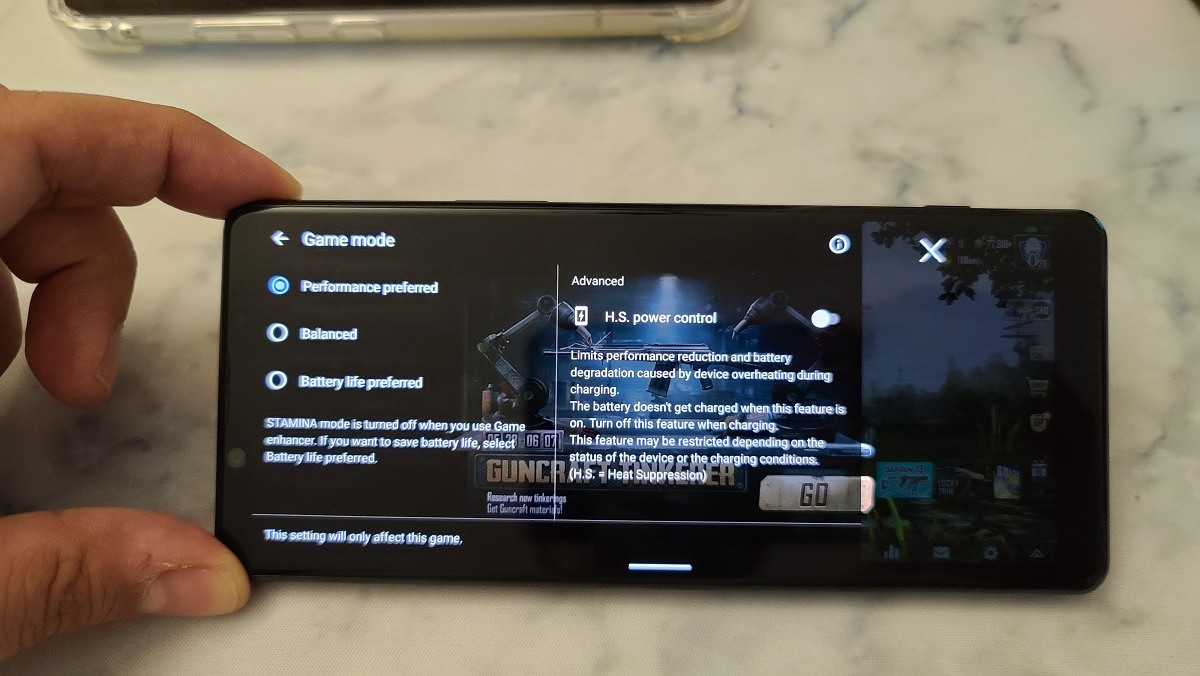 It may sound strange or even silly but the point is not to tax the phone by charging the battery while gaming, two separate things that produce a high amount of heat, especially when done together. Instead, the phone simply runs on the direct power coming from the charging cable while leaving the battery out of the equation in the hopes of reducing the amount of heat generated.

The H.S. Power Control feature, unfortunately, only kicks in when gaming and only under certain circumstances. It would have probably been nice if it could be utilized for other situations, like watching hi-def videos or even making video calls, something that many people do with their phones also plugged in.