Xiaomi to implement back tap gesture ahead just like iOS 14

Chinese phone makers, especially Xiaomi, have long been derided for copying Apple’s each and every iPhone move. And upcoming feature, though small, will probably reinforce that image despite how these companies have moved away from that stigma and developed their own strong identities. Xiaomi is revealed to be working on a feature for its upcoming MIUI 12 that will allow users to double tap or even triple tap the back of their phones to do something. If that sounds familiar, then you’ve probably heard that iOS 14 will be bringing that exact same feature in a few months.

It’s easy enough to call out Xiaomi for being a copycat again but the case is actually not that clear cut. Apple can be credited for being the first to actually reveal a working implementation but, as XDA points out, Google was already playing around with that idea earlier this year. Then again, history will most likely remember who actually gets it out the door first.

Xiaomi’s implementation is pretty much as you would expect. Users can assign one action each to a double back tap or a triple back tap. As with any implementation, this will most likely use a combination of sensor data to distinguish intentional back taps from accidental ones inside your bag or pocket.

The number of actions you can assign to those gestures is pretty limited in Xiaomi’s list. It currently shows only taking a screenshot, turning on the torch, launching the camera, or opening the control center or notification panel. There could be more along the way or even less, depending on how MIUI 12’s future updates go. 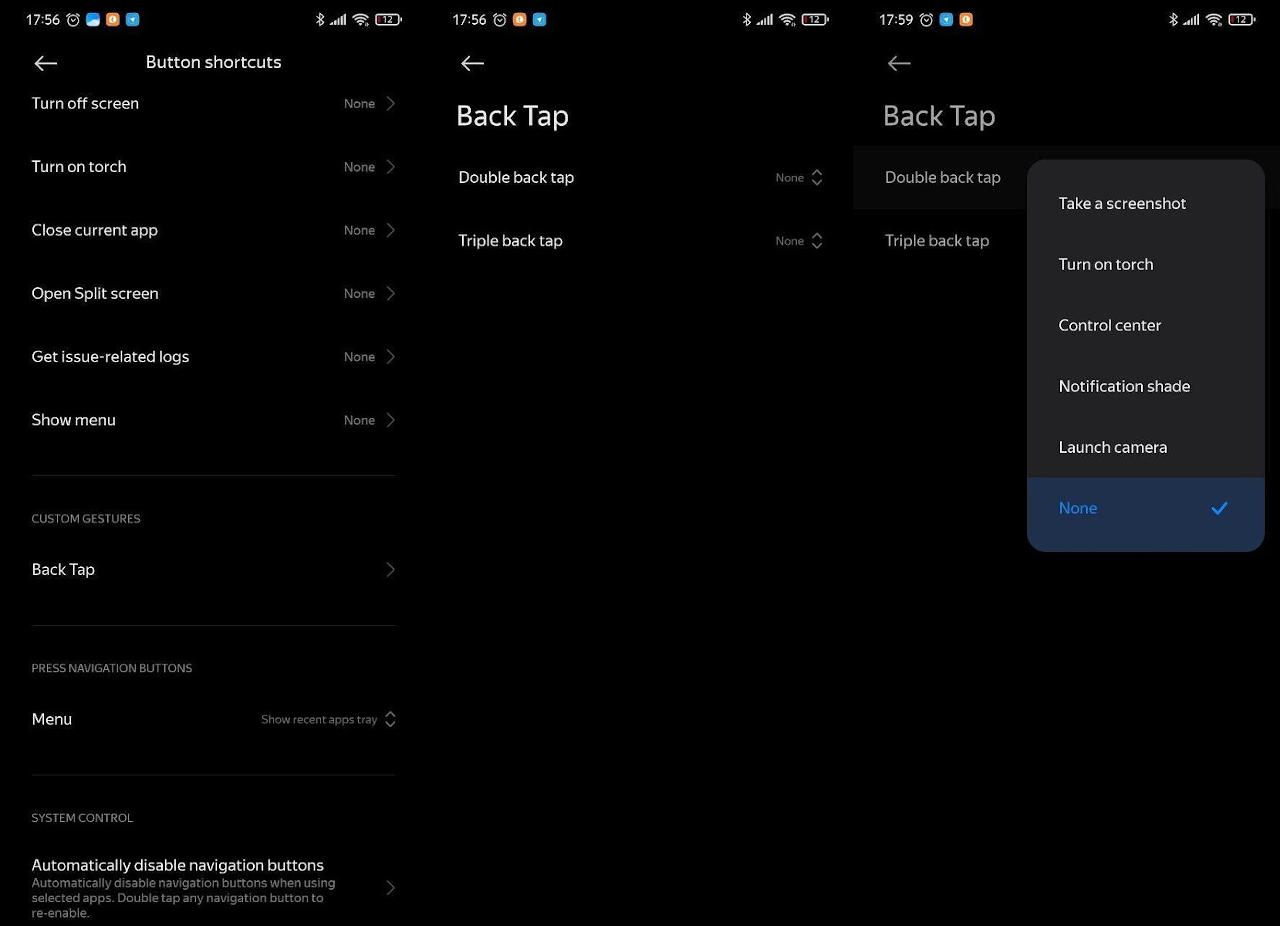 Google’s own version of this gesture was spotted in early Android 11 code and there’s still a chance it actually beats Apple to the punch in the next two months. More importantly, if it becomes a feature available on Android 11 itself, there are chances that Android developers will be able to expand the list of actions beyond the limited that Google and OEMs will most likely allow.