Xiaomi Mix 4 hides its selfie camera inside the display

Xiaomi has revealed its latest Android smartphone, and if the idea of an under-display camera, Snapdragon 888+ chipset, and ridiculously fast 120W charging appeal, then the Xiaomi Mix 4 could well catch your eye. Latest in the Mix flagship series, the newest phone wraps its tech goods in a ceramic unibody design.

On the front there’s a 6.67-inch 3D curved AMOLED screen, running at 2400 x 1080 resolution. It supports Dolby Vision and HDR10+, has a 120Hz refresh rate and 480Hz touch sampling rate, and P3 color gamut support. Atop it is a slab of Corning’s newest Gorilla Glass Victus. 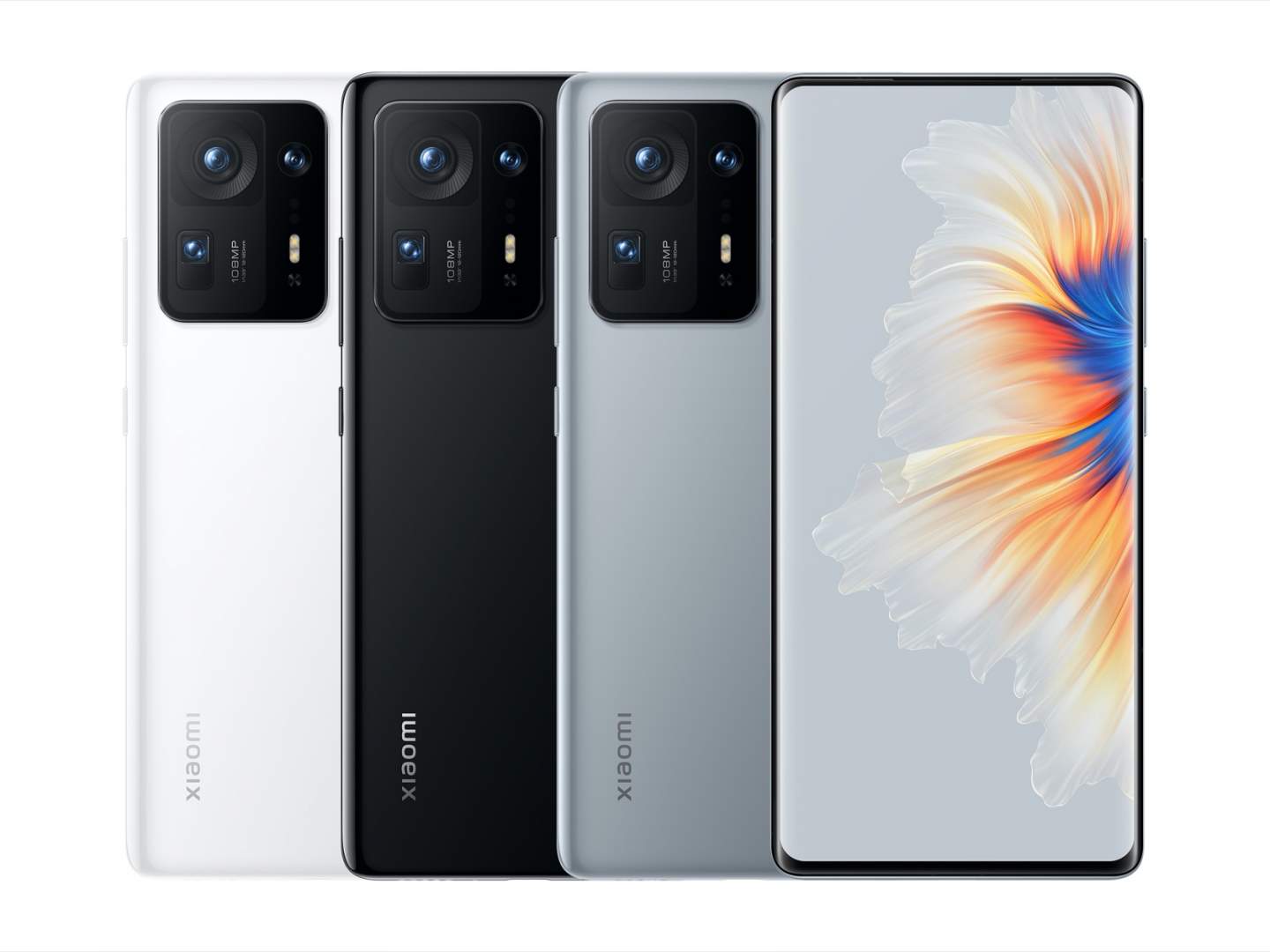 It’s what’s peeping between the pixels that’s arguably most interesting, though. The 20-megapixel front-facing camera uses what Xiaomi is calling CUP, or “Camera Under Panel” technology, which it says it has had hundreds of engineers working on for the past five years. It’s a combination of screen design and imaging software, to not only snap good selfies but do so without a mediocre patch in the display. 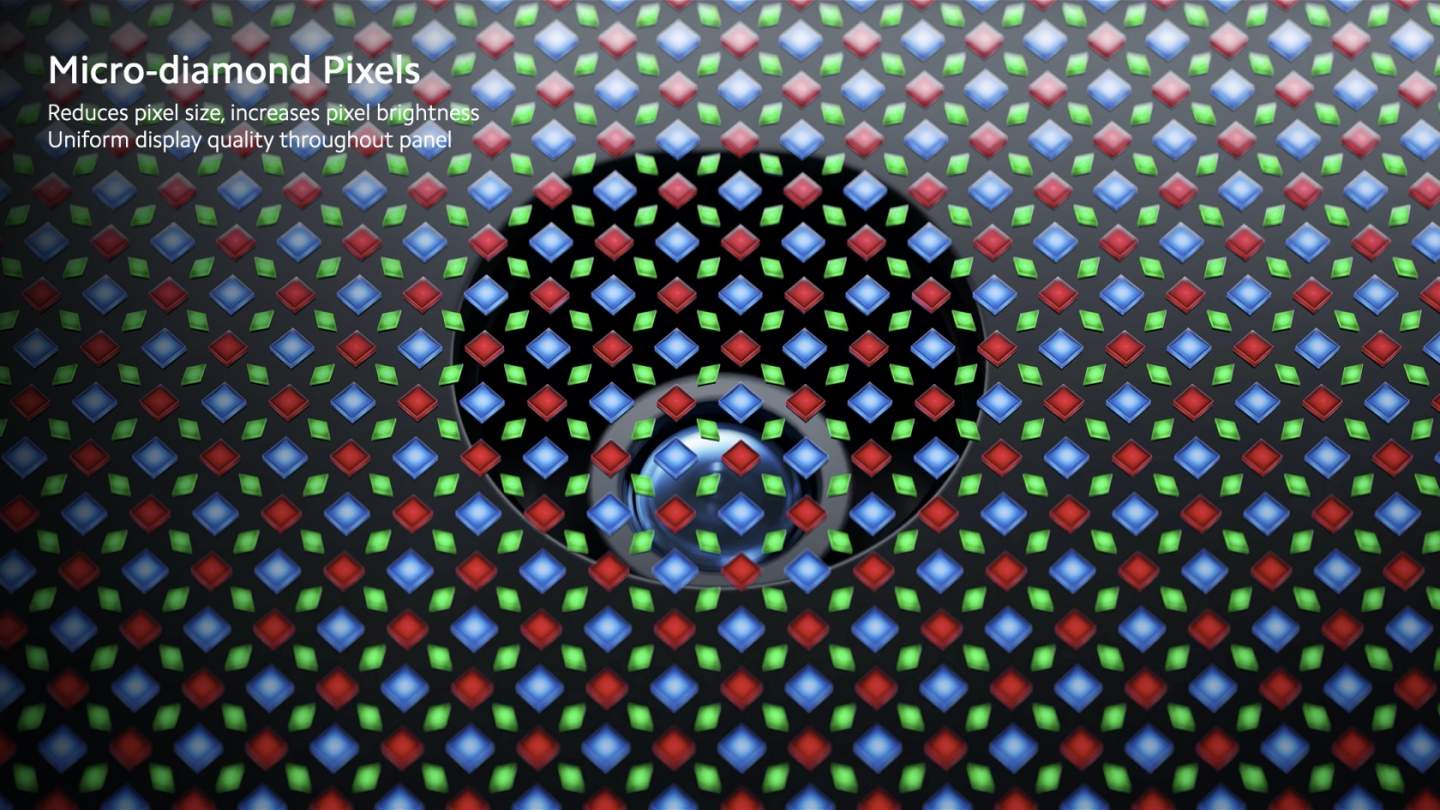 The answer, Xiaomi says, is “micro-diamond pixels” that are smaller and yet can also be brighter. They use a redesigned circuit array, which also increases the degree of transparency in the camera zone, along with transparent subpixel circuits. Finally, imaging algorithms massage out any last issues.

On the back, there are three cameras. The main camera is a 108-megapixel sensor with 4-in-1 Super Pixels, OIS, and an f/1.95 lens. It’s alongside a 50x periscope camera with an 8-megapixel sensor and OIS: it offers 5x optical zoom and 50x digital zoom. Finally, there’s a 13-megapixel ultra-wide, with a 120-degree field of view from its f/2.2 lens. Image processing smoothes out any lens aberrations or curves. 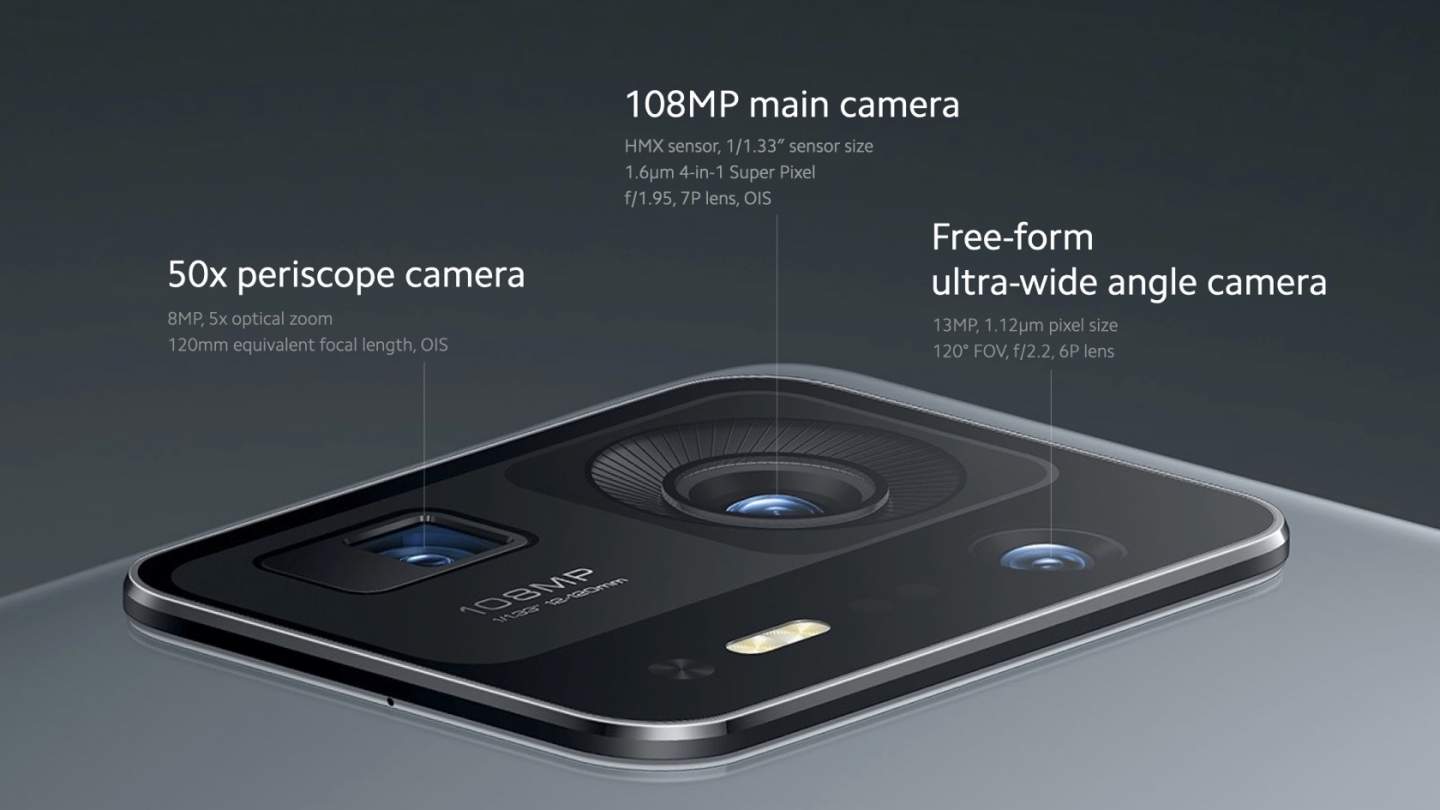 Inside the Mix 4 is Qualcomm’s Snapdragon 888+ 5G chipset, here used for the first time. It has a bumped-up primary clock speed of 3GHz, combined with a new graphene heat spreader that Xiaomi says is both lighter and more effective at cooling. There’ll be four variants, with either 8GB or 12GB of LPDDR5 6400Mbps memory, and up to 512GB of storage.

As for connectivity, there’s the usual 5G, WiFi, Bluetooth, and NFC, but also Ultra Wideband (UWB). That works with Xiaomi’s AIoT range of smart home gadgets, allowing users to point the Mix 4 at a device to connect it. 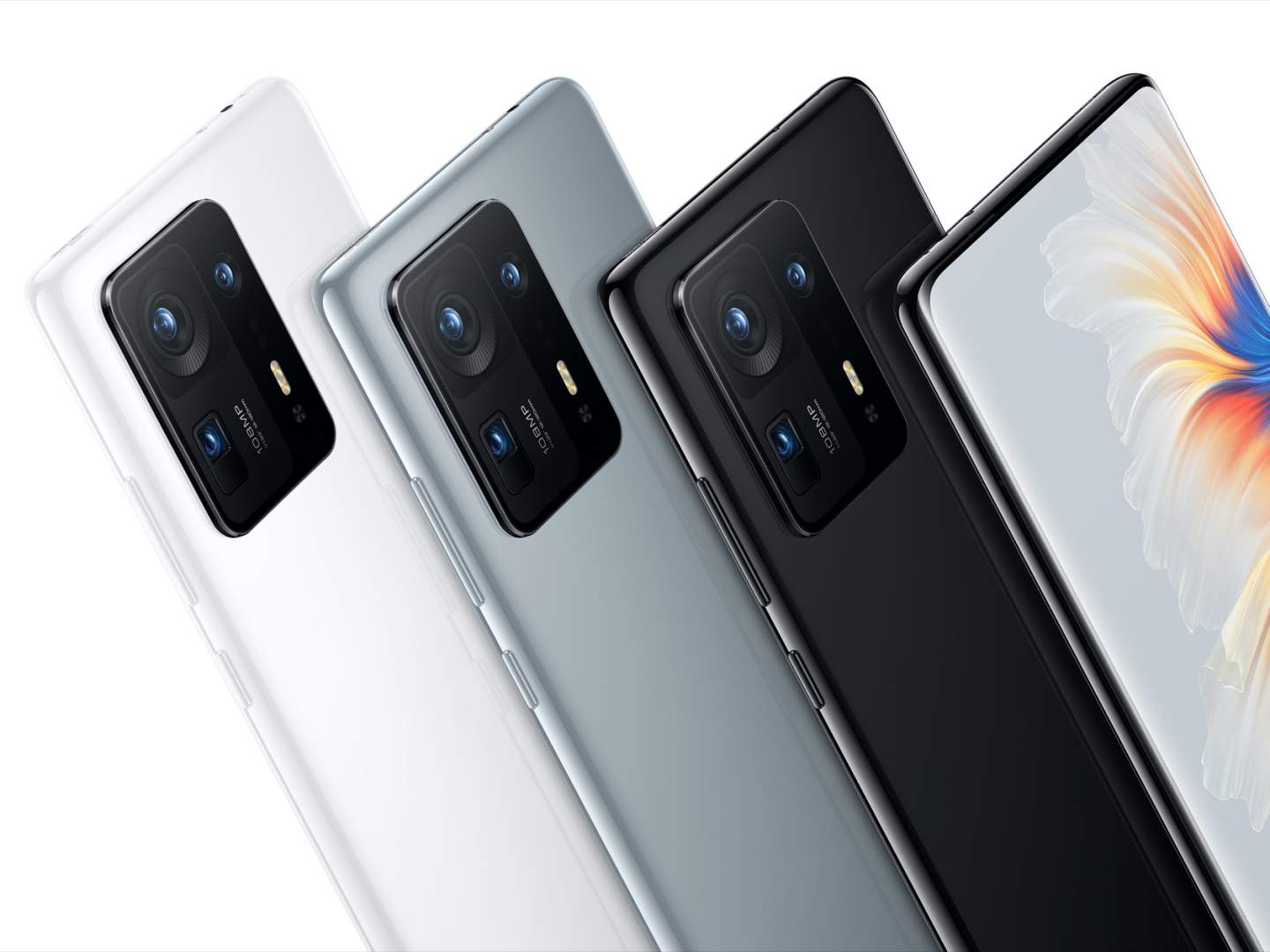 For power, there’s a 4,500 mAh battery and support for both 120W wired fast charging and 50W wireless fast charging. Xiaomi’s Boost Mode delivers a 100-percent charge in under 15 minutes with a wired connection, or 28 minutes wirelessly.

All that is wrapped up in a new ceramic unibody, which Xiaomi says is now – at 225 grams – 30-percent lighter than the old version. It’ll be offered in Ceramic Black and Ceramic White as with prior phones, but also a new Ceramic Gray that the company says is inspired by China’s Song Dynasty porcelain. 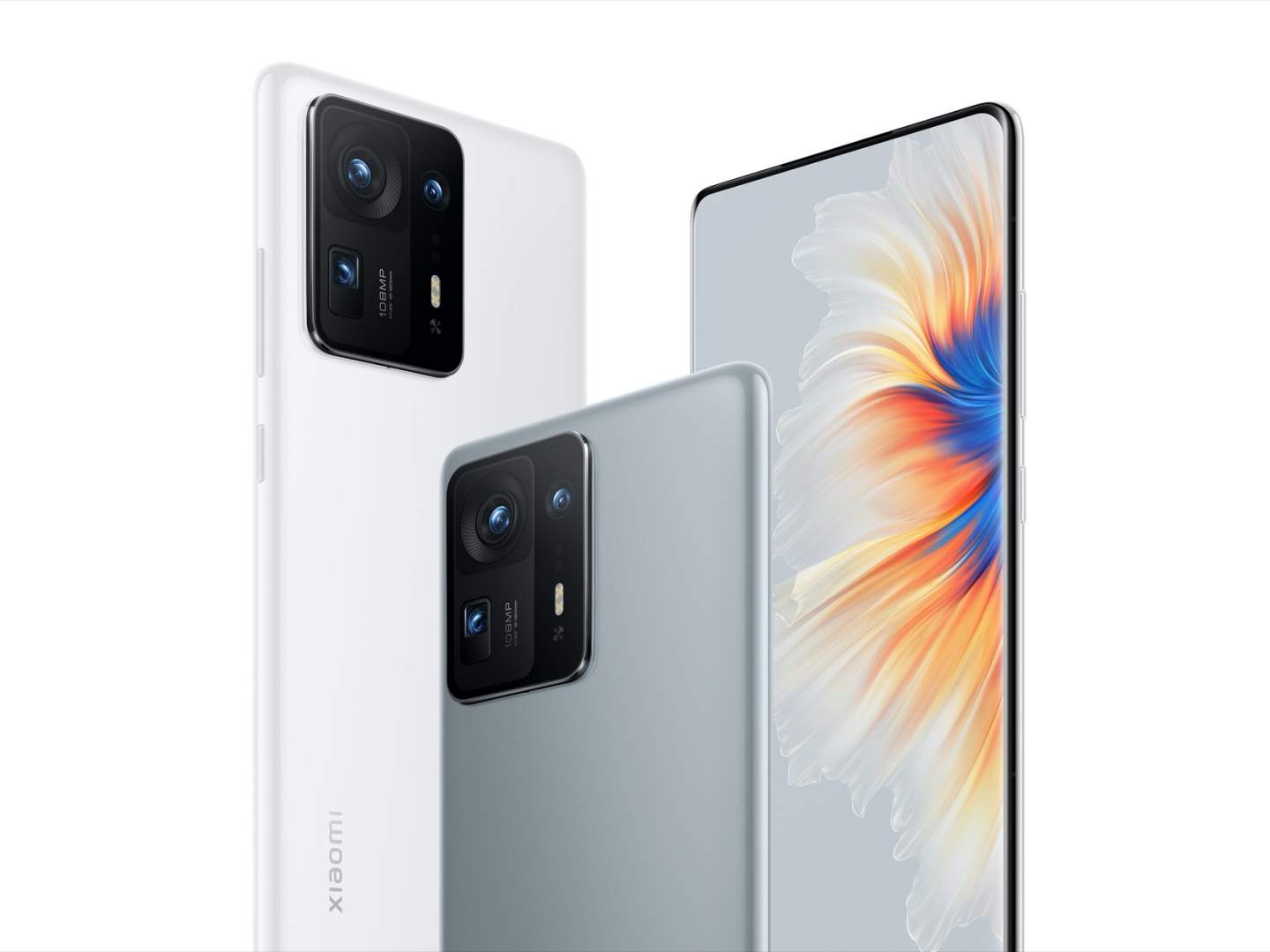