It was only yesterday that Xiaomi announced the CC9 Pro for China, and now we know what the phone will be called in other parts of the world. Today Xiaomi revealed the Mi Note 10, which is more or less the same exact phone that was announced yesterday, only renamed for other markets. That, most importantly, means that the Mi Note 10 keeps the CC9 Pro’s 108-megapixel camera.

The rear-facing camera is certainly the star of the show when it comes to the Mi Note 10. Not only is there a 108MP wide angle lens serving as the main camera in this array, but it’s joined by four other cameras. Also present are 5MP and 12MP telephoto lenses, a 20MP ultra wide-angle lens (with a 117-degree field of view), and a 2MP macro camera. 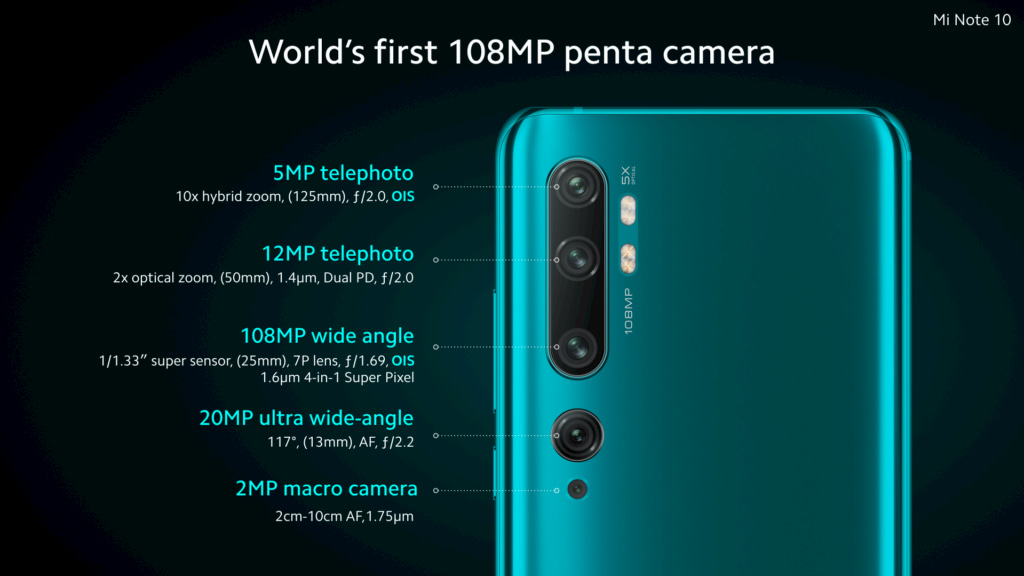 That 108MP lens – which is also rumored for next year’s Galaxy S11 – is capable of capturing photos in 12,032 x 9,024 resolution, which Xiaomi boasts is the highest resolution of any smartphone currently on the market. The 12MP telephoto lens serves up 2x optical zoom at a focal length of 50mm, while the 5MP telephoto lens offers 10x hybrid and 50x digital zoom. The front camera even gets a little love in the Mi Note 10, as Xiaomi has popped a 32MP sensor up there with a variety of AI features like portrait selfies, beautify, and face unlock. 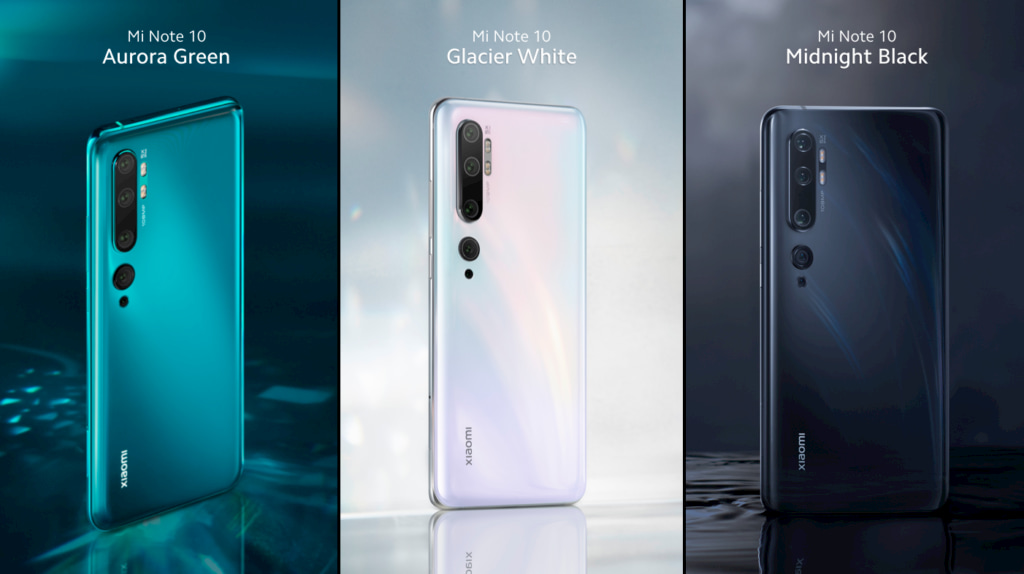 After hearing the specs, it’s no wonder Xiaomi is focusing so heavily on the Mi Note 10’s camera, but the phone has some solid hardware outside of photography too. It’s been outfitted with a 6.47-inch AMOLED display that has a waterdrop notch, a Snapdragon 730G, 6GB of RAM, and 128GB of storage. Finally, the battery clocks in at 5,260mAh and support 30W fast charging.

Xiaomi hasn’t been super clear where the phone will be available, but it says it’ll be launching in Europe on November 15th via the company’s official sales channels and through European carriers like Movistar, Orange, Vodafone, and Yoigo. The 6GB/128GB Mi Note 10 will run €549 ($608) when it launches, with Xiaomi also saying that a Pro variant will launch with a €649 price tag at a later date.