Although there has been an increase in shipments of wearables, particularly smartwatches, some might argue that there hasn’t been any huge innovation in that market for years. A core focus has been to integrate more and more health sensors inside their small bodies, but other than that, the technology inside has only seen incremental upgrades. There was a time when it seemed that smartwatches could take on different forms, but that time is long past. Xiaomi, however, may not have lost sight of that vision and may even have a Mi Band whose screen will completely wrap around your wrist.

This wouldn’t be the first time we’ve seen a wearable with a display that curves around your risk. Nubia, a former ZTE subsidiary, was actually at the forefront of that push with the Nubia Alpha pictured above. That was actually a smartphone with a flexible screen that you wore like a smartwatch, but Nubia followed that up with the Nubia Watch, a more formal smartwatch with nearly the same design idea.

Aside from those two, however, a smart band with a 360-degree display remains the stuff of science fiction and concept videos. According to a tip on Weibo, however, Xiaomi might be taking up the torch. In an internal company meeting, Xiaomi revealed such a device that could be called the Mi Band X.

According to a presentation slide, the Mi Band X won’t have any straps, probably because there will be no room for one. The flexible screen will take on that role, and magnetic clasps will be used instead of the usual buckle. The leaked photo seems to be showing the presenter wearing such a device, but it’s hard to tell from a distance. 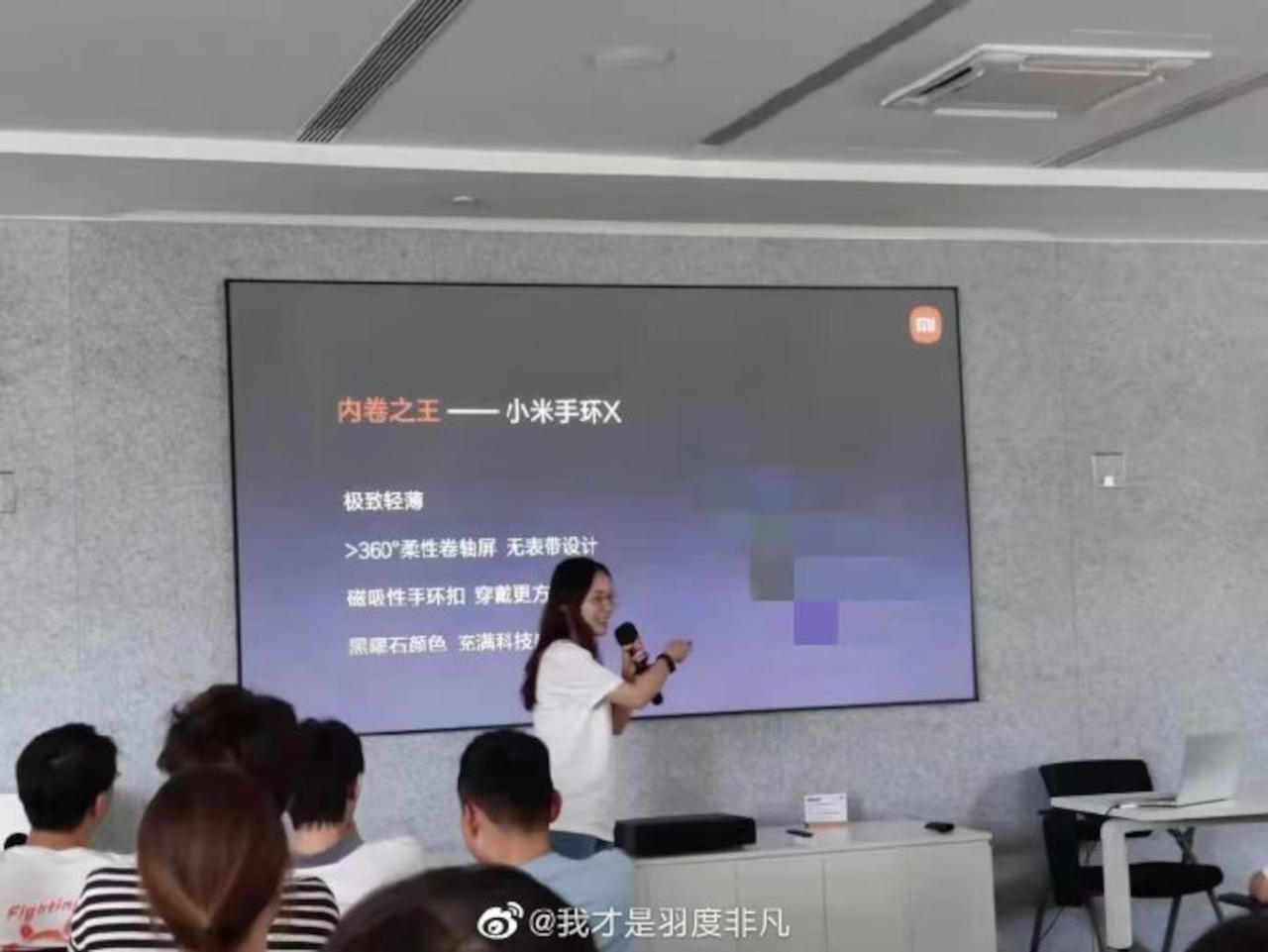 Like any unconventional new design or innovation, the biggest question for this kind of device will be “why?” With something like a Nubia X, for example, it’s already impossible to see any content past a certain length along your wrist, making half of a 360-degree “wrappable” screen practically useless. Then again, with little going on in wearables, such a device could be an inspiration for others to also think of crazy ideas and designs that will inform future smart bands and smartwatches.