Xiaomi Mi A2 Android One leak: everything you need to know

Xiaomi isn’t exactly known for playing by Google’s rules so the Mi A1, its first Android One smartphone was both a surprise and almost considered a fluke. A deleted Twitter poll, however, proved that vanilla Android One was more popular than its own MIUI skin. While Xiaomi will hardly give up its customizations because of that, it seems it has at least been encouraged to follow up the Mi A1. Now thanks to Swiss retailer digitec, we now know everything there is about the Xiaomi Mi A2.

Given the near standard hardware on phones these days, plus the tendency of Android One devices to be on the mid to low ranges, there’s nothing exactly surprising in the Mi A2’s spec sheet. It is, however, perhaps comforting to notice that Xiaomi has adopted the 18:9 screen design but didn’t jump on the notch bandwagon for this Android One phone.

According to digitec, the Mi A2 will be powered by a Snapdragon 660 with a generous 4 GB of RAM and 32 to 128 GB of storage. The screen is larger than the Mi A1, with a 5.99-inch panel and 2160×1080 resolution. The biggest upgrade might be the cameras, with a 20 megapixel and 12 megapixel pair on the back and a 20 megapixel shooter on the front.

Design-wise, it’s pretty much the same as the Mi A1 save for one details. The Mi A2’s dual camera is arranged vertically in the corner, like the iPhone X. The bezels are also thinner too, but they’re still there. 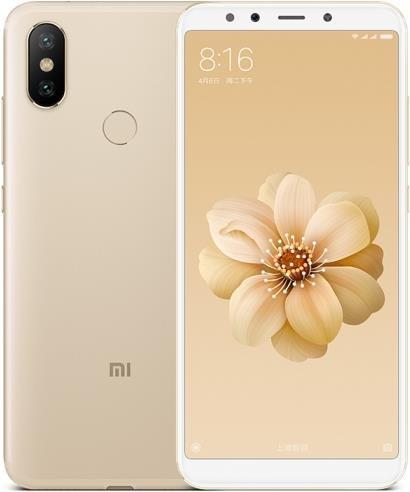