Microsoft is really pushing its Xbox game streaming, both with “local” Remote Play as well as cloud gaming via Xbox Game Pass Ultimate, previously known as Project xCloud. But while the likes of Google’s Stadia initially aimed from TVs via the Chromecast, Xbox cloud gaming prioritized a more mobile experience. Gaming on smartphones, however, doesn’t always have the same feel, especially when there are no physical controllers available. That’s why Xbox is now rolling out its new Touch Controls to improve its cloud game streaming experience with a twist.

Most hardcore mobile gamers will probably have their choice of game controller. Some might even be using an Xbox controller with their phones. These, however, mean you will need to have another piece of equipment with you all the time, or at least when you want to play on the go. It also means you lose time setting up the controller and connecting it to your phone.

Xbox Touch Controls on Mobile do away with accessories and uses the input device you already have on your phone, the touch screen. Of course, virtual gamepads are a dime a dozen on Android but the Xbox version does one thing most of those don’t. The controls change depending on the game in an attempt to have a more convenient and more intuitive experience, something you might not even be able to accomplish on Xbox controllers themselves.

In Hellblade: Senua’s Sacrifice, for example, fighting controls only appear when you encounter enemies. New Super Lucky’s Tale’s controls also take on a design that matches the protagonist’s personality. Going beyond the default, however, Xbox, fortunately, allows gamers to still customize the controls to their hands. 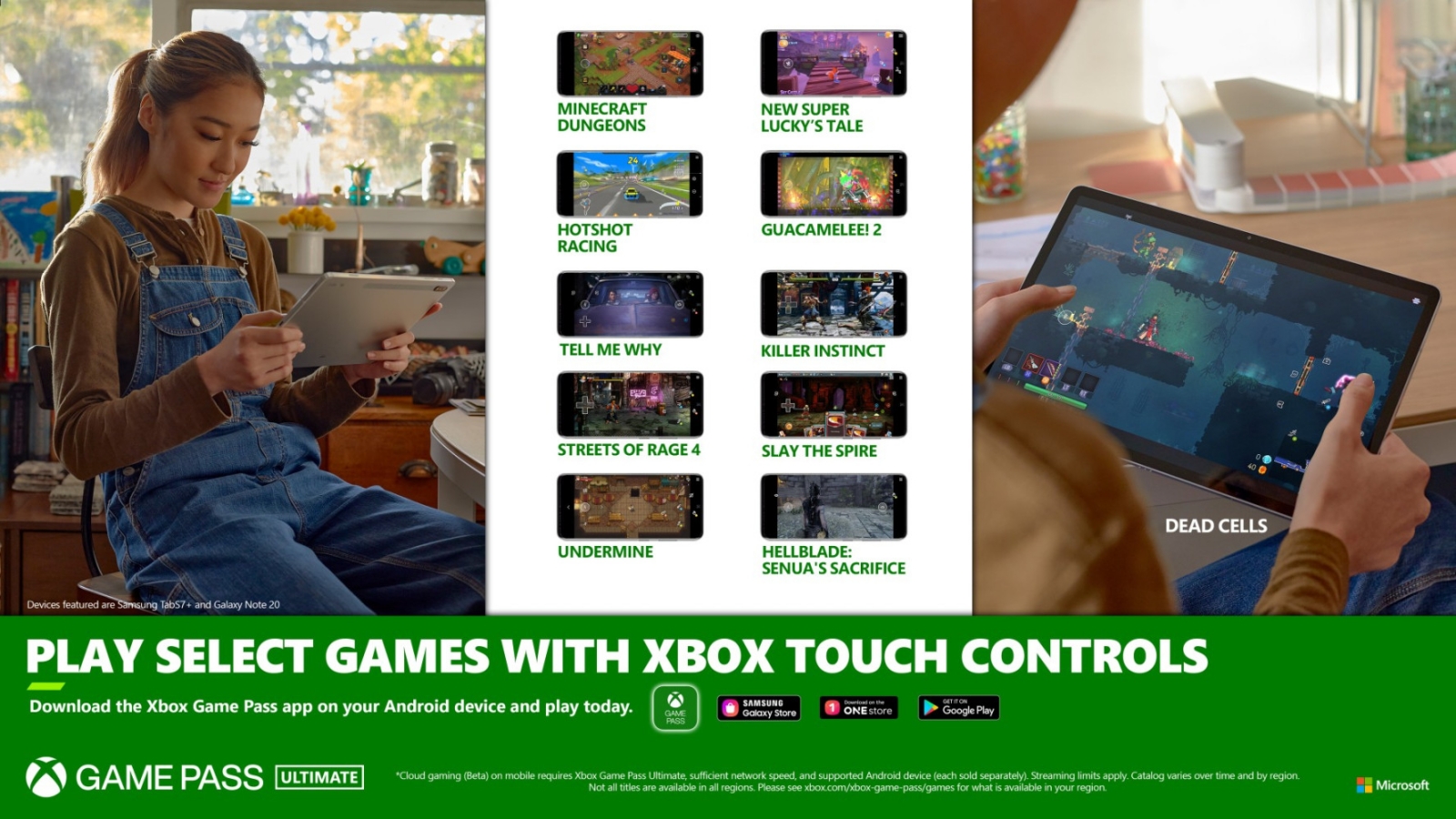 One consequence of these customized controls is that they have to be designed for each and every game that streams via Xbox Game Pass Ultimate. The current roster lists only ten, including Hellblade, Streets of Rage 4, Killer Instinct, and Dead Cells, to name a few. Others will surely be added but at Xbox’s and the game developers’ pace.