Xbox Live’s “Major Nelson” (Larry Hryb) has posted two handy cheat sheets for the Xbox One‘s Kinect voice and gesture controls. The cheat sheets detail some of the more fundamental voice and gesture commands you can use at any one time, depending on the context of the task at hand. The resolution is a bit grainy at the moment, but the good Major has promised some full-size printable PDFs soon. [UPDATE: unified PDF now available at his blog.]

The cheat sheets should come in handy for those who haven’t yet mastered all the basic voice and gesture commands for Microsoft’s next-gen gaming console. Right now, the listed basic voice commands are a bit more extensive than the ones for gestures. Basic gestures include activating the Kinect to respond to gestures, zooming and panning, and selecting objects. 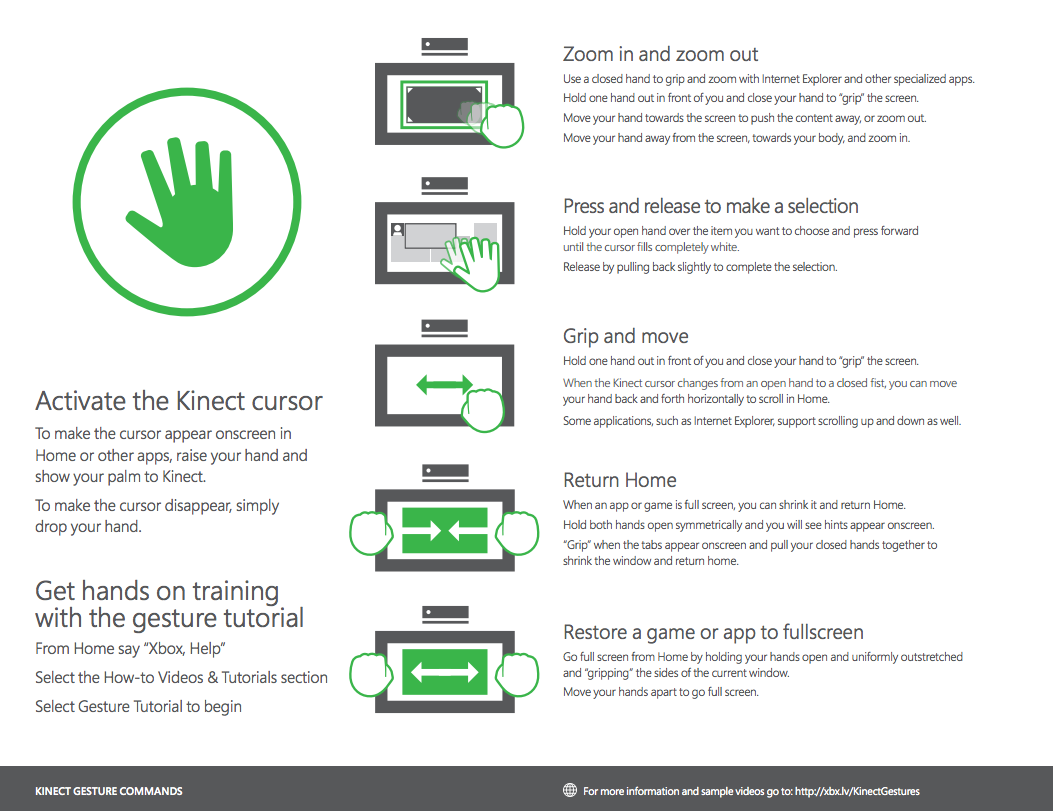 Voice commands include dozens of actions, from turning the machine on from standby to highly detailed navigation, messaging, gaming and other controls. Voice commands all begin by saying the word “Xbox” and then saying what you want the console to do. For example, to query Microsoft’s search engine Bing when using Internet Explorer for Xbox One, say, “Xbox Bing SlashGear reviews.” 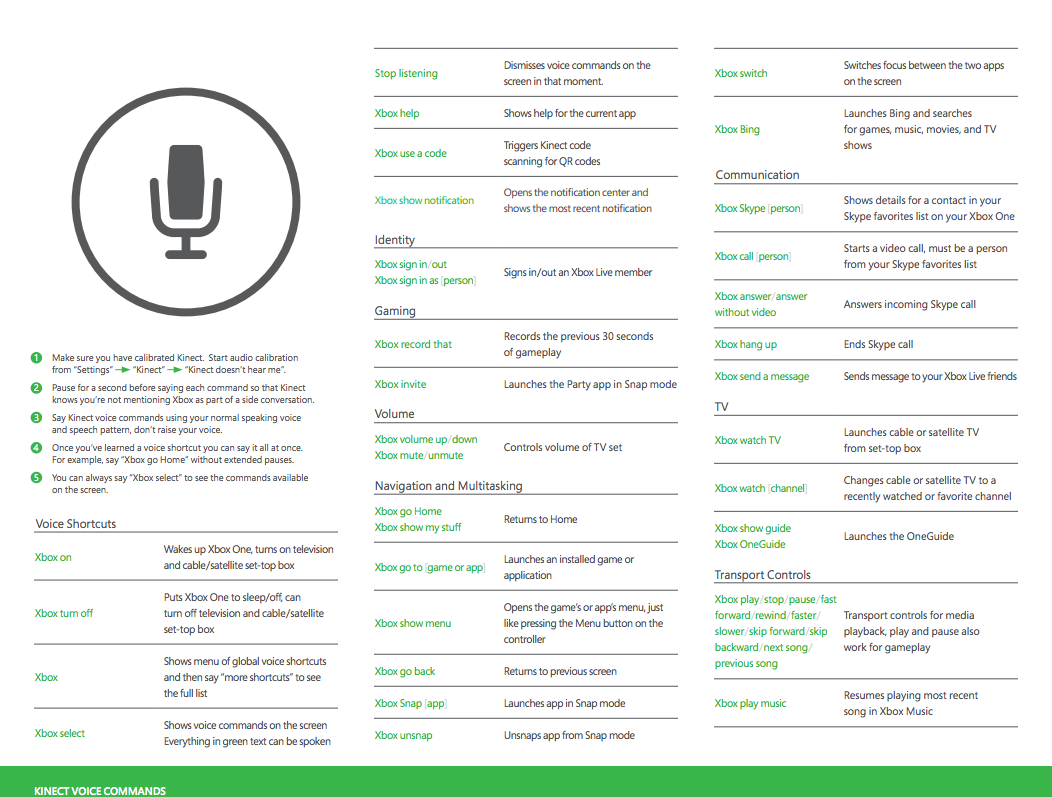 The larger, more legible cheats will be posted sometime soon to Major Nelson’s Twitter account [UPDATE: on his blog, actually.] In the meantime, have a look at some of the voice and gesture commands Microsoft has posted to the Xbox One support pages.