There’s a pretty good chance that if you’re a human being who plays video games on a console over the past several years, you’ve had some complaints. Not because there’s inherently anything wrong with the system you own, but because there are far higher expectations coming with owning a system that costs several hundred dollars at the start, then more cash to stay online constantly – the good news is, Microsoft is listening.

The update you’re seeing coming up next – the first update in May, that is – for the Xbox One, will include several features meant to give the player more control. Two of them are opt-in controls.

You’ll be able to opt-in, once this update arrives, to speech data collection. This isn’t giving you more control over something you already have – it’s introducing a Speech Recognition data collection system in which Microsoft will use voice data from your everyday use to better Kinect’s abilities.

Another opt-in feature brought on with this system update is your ability to control when you get updates. Right this minute if an update is coming your way and you’ve just turned your Xbox One on, you’ll be subject to download. You don’t have a choice in the matter. 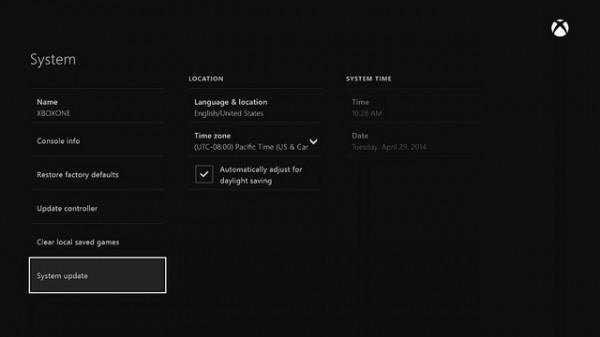 With this newest update, “System Update” will be found in Settings – System. That’s where you’ll need to go to get updates from now own. Automatic won’t be something you’ll have to worry about.

This update will bring on Sound Mixer for your apps with Snap. You’ll also have new voice controls when using Kinect with chat. 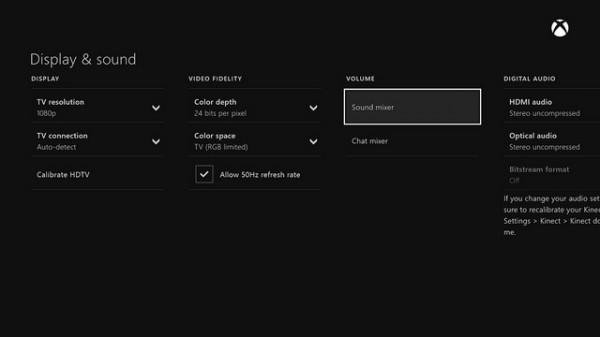 With these new controls you’ll be able to turn one app up and the other down – great if you want sound coming from one, snapped, and none from the other. You can find these controls under Settings – Display & sound – Volume – then Sound mixer or Chat mixer.