The previously scheduled-for-today February 11th update to the Xbox One has been pushed to “later this week” now according to Xbox LIVE’s Major Nelson. This update will bring on the ability to see and manage your storage space as well as control your install lineup. With a new ability to use a USB keyboard with the Xbox One with this update, users are certainly going to want to download and access it as soon as possible.

This update for February will also bring on the ability to see your Xbox One Wireless Controller’s battery power indicator on the screen so you aren’t caught off guard when it gets low. This update’s re-arrangement of your homescreen also has My Games and My Apps separated into different lists as it adds your ability to choose the order that you want your content to load.

On the 4th of March comes the next big update, this one centered on multiplayer and party gaming – ramping up to Titanfall.

The Titanfall game is a hero for the Xbox One and Windows-based PCs, working with a model that includes both human-mech battles and human troop battles, working with a variety of Xbox One-specific abilities as it does so. Before the March 11th drop of the game there’ll be a Beta release, then on the 4th of March the Xbox One update provides some unique changes.

The Xbox One will – after March 4th, be working with the following abilities. Users will have a listing of “recent players” for easy access. There’ll be an “invite friends to game” option inside games that support such multiplayer abilities. You’ll be able to chat with friends both in-game and as they play games separate from you – completely different games, same chat line. 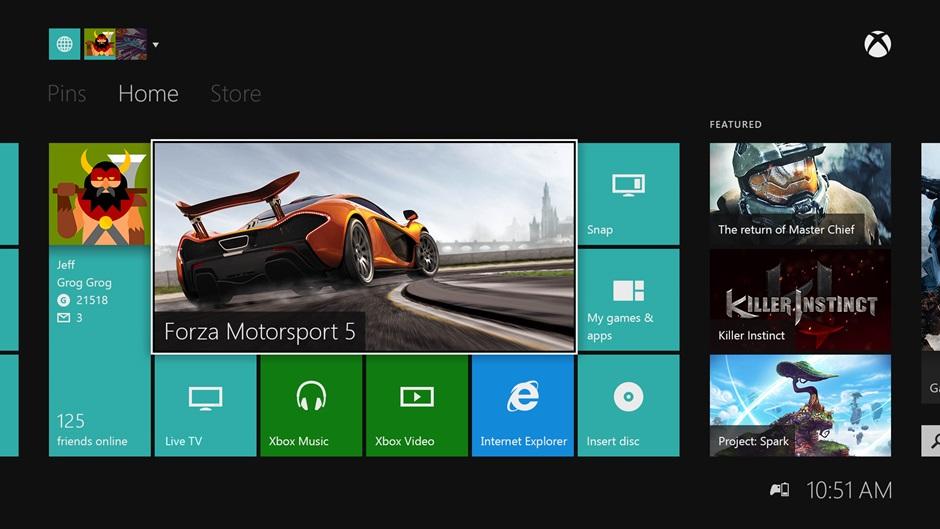 In the March update you’ll see Party Chat being turned on by default, and the Friends app will feed a friends list “front and center”, so says Marc Whitten, Xbox Chief Product Officer.

Titanfall will be released on the 11th of February for both the Xbox One and Windows-based PCs. Meanwhile you might want to have a peek at the free-to-play title Hawken.