Xbox One Minecraft and PUBG summer bundles arrive this week

Just in time for the hottest part of summer comes a great excuse to stay inside: two new Xbox One bundles. The two new sets, which Microsoft is calling its “summer bundles,” are for two wildly popular games — Minecraft and PUBG. Both bundles feature the Xbox One console in X and S variants, as well as copies of the games and more.

First up is the Xbox One X PUBG summer bundle, a kit featuring the “X” version of Microsoft’s console, a copy of the PlayerUnknown’s Battlegrounds game (the version enhanced for the Xbox One X), as well as a wireless controller, a month of free Xbox Live, and a month of free Xbox Game Pass. This option, as shown in the image above, comes in the darker color and features a 1TB hard drive. 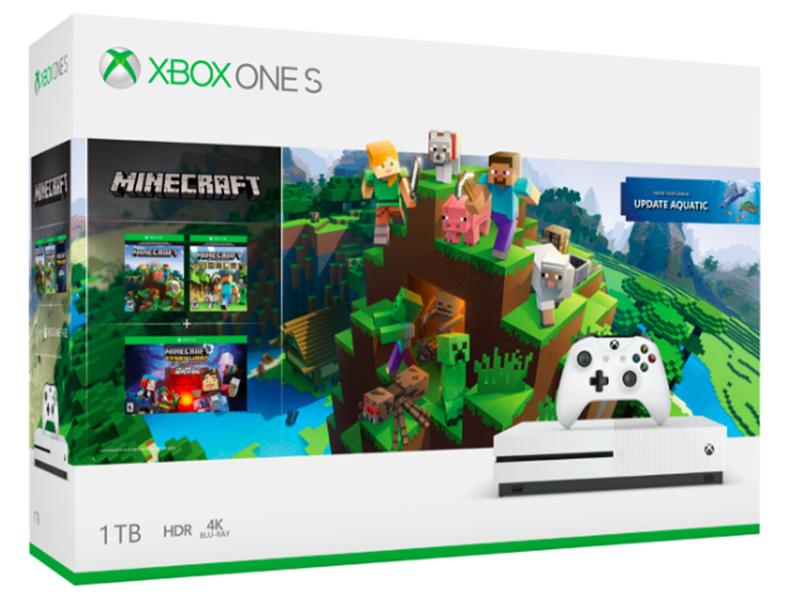 Joining the PUBG option is the new Xbox One S Minecraft summer bundle, a kit that includes a white version of the Xbox One S 1TB console, a copy of Minecraft including the new Aquatic update and Explorer’s Pack, as well as the first season of Minecraft: Story Mode — The Complete Adventure. The bundle includes the same one-month Game Pass, but only a 14-day Xbox Live trial.

Not surprisingly given the PUBG’s “X” rather than “S” console, this bundle is the most expensive of the two at $499 USD. This model will be available by the end of this week from “most major retailers” around the world, says Microsoft.

The cheaper Xbox One S Minecraft bundle is available now online with immediate shipping, and it’ll also be available “soon” at “select retailers in select regions,” though the company doesn’t get any more specific. This model costs $299 USD and will be a Microsoft- and Walmart-exclusive in the United States.