Despite Microsoft’s best efforts to bridge the two worlds, there will always be things that PC gamers do differently from the Xbox counterparts. The variety of hardware combinations, for example, give PCs more flexibility, power, and also unpredictability, and gamers on that side of the fence are known for micromanaging settings and resources to squeeze out the best performance. Xbox’s latest trick is to let them do that without even having to leave their game, courtesy of a new Xbox Game Bar widget.

Windows itself already has a few tools for monitoring a PC’s resources, from CPU and GPU use to network bandwidth and more. These programs, however, require gamers to Alt+Tab to use them, breaking their flow, not to mention whatever live stream they may be hosting.

The new Resources Widget for Xbox Game Bar puts some of that monitoring capability into overlays you can display on top of any game. Just press Win+G to bring up the Game Bar and see your resources at a glance. The Performance widget has also been updated to include GPU utilization and VRAM usage to complete the package. 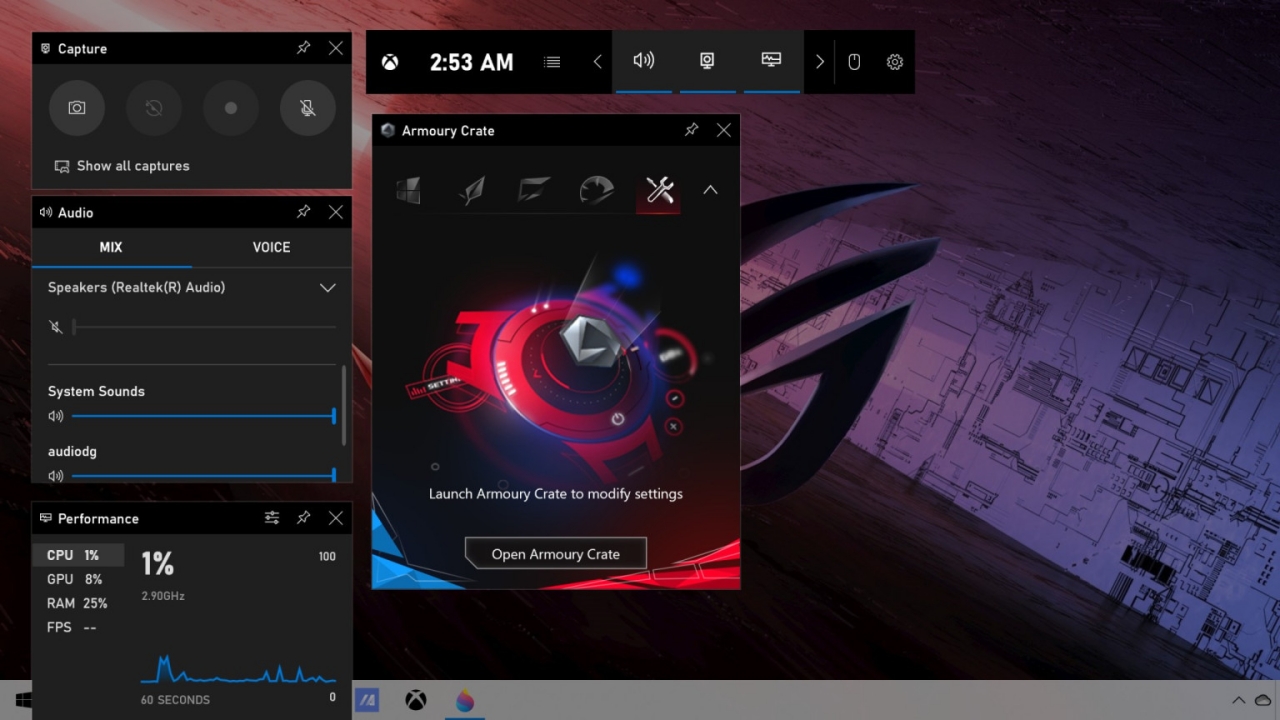 Monitoring performance is one thing but it’s another to actually control it. ASUS’ Armory Crate is adding its own Xbox Game Bar widget to do just that. Soon, once the widget lands in the Xbox Widget Store, ASUS gaming PC owners will be able to switch HyperFan modes without leaving their game as well. 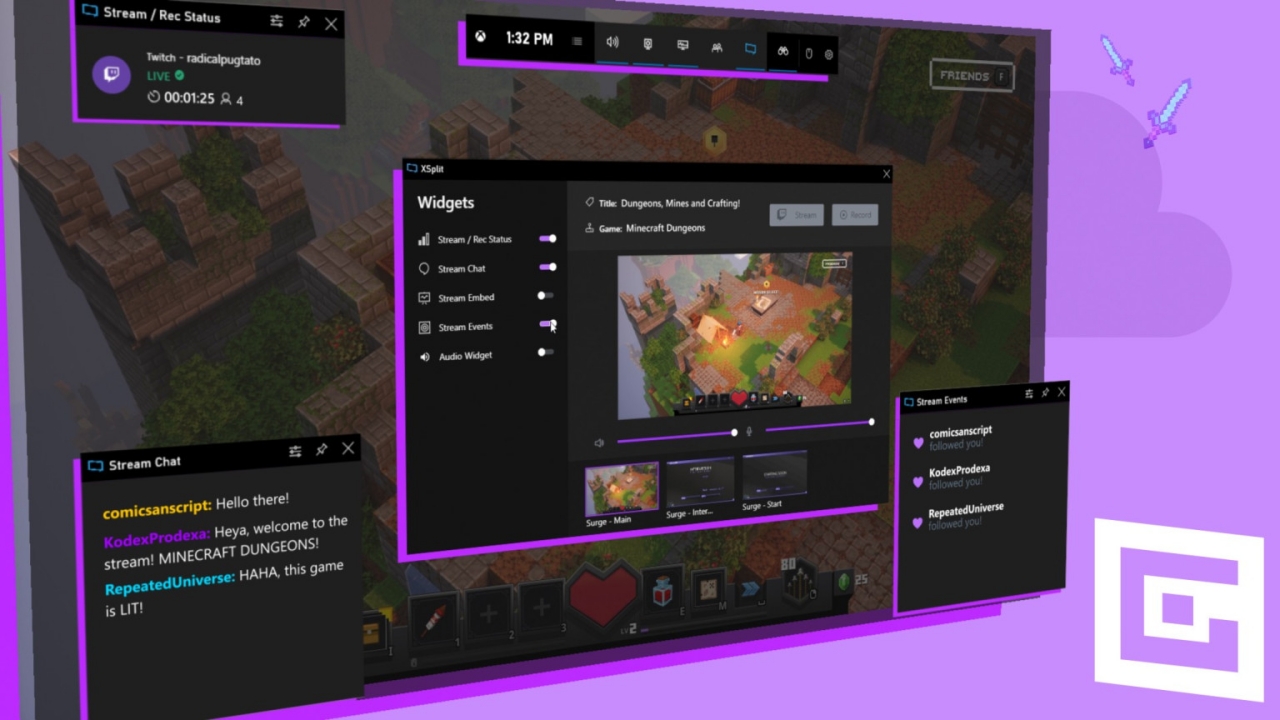 It isn’t just PC performance that’s important. Player performance and efficiency are naturally critical, especially when you’re playing and live streaming at the same time. Gamecaster’s new overlay will allow you to keep tabs on what’s happening on your stream without missing a bit, even if you only have a single monitor.