Xbox Elite Wireless Controller Gears of War 4 Limited Edition is a very long name for what is essentially a wireless controller of your Xbox one that has a Gears of War 4 livery on the outside. The controller looks like it’s covered in old blood with a bit of fresh, bright red blood splattered on it. Microsoft calls it a “gritty, battle-weathered design.”

Whatever you call it, the design looks really cool and the controller is customizable with swappable components. The control ships with Hair Trigger Locks and there are a variety of game themed thumbsticks, d-pads, and paddles to choose from. The controller works with an accessories app allowing users to change trigger sensitivity, button mapping, and other aspects of the controls. 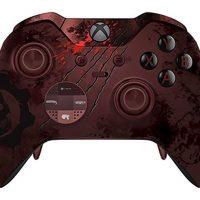 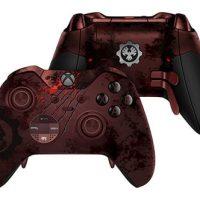 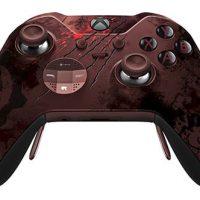 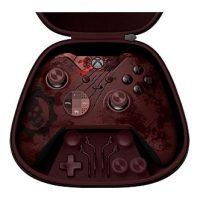 That means you can customize your Xbox One controller about as much as PC gamers are able to customize their gamepads. Microsoft also points out that the Accessories app only works for mapping buttons and saving profiles on the Xbox One and Windows 10 devices. Buyers of the controller also get one unique multiplayer lobby emblem and three Gear Packs for in-game items.