Gears of War 4 gets official release date for Xbox One

Gears of War fans can finally know the date their anticipation for another entry in the series will come to an end. Microsoft has finally announced the release date for the upcoming game, the first new Gears title to be developed specifically for the Xbox One. October 11th is when Gears of War 4 will be released to the world, kicking off an “epic new saga” for the series.

Gears of War 4 was first revealed almost a year ago, at E3 2015. Microsoft-owned developer The Coalition has been tasked with continuing the franchise that was created by Epic for the Xbox 360. From what we’ve seen so far, Gears 4 maintains the dark, battle-stricken world from the previous games, but introduces a new enemy, as well as evolved gameplay.

In terms of beginning a “new saga,” it seems Microsoft following a similar strategy they used with the Halo series when it changed developers, with Halo 4 acting as the start of a new trilogy, taking place sometime after the original and introducing new characters and locations. In Gears 4‘s case, it takes place 25 years after the events of Gears 3, with the new heroes including JD Fenix, the son of the protagonist of the original games, Marcus Fenix. 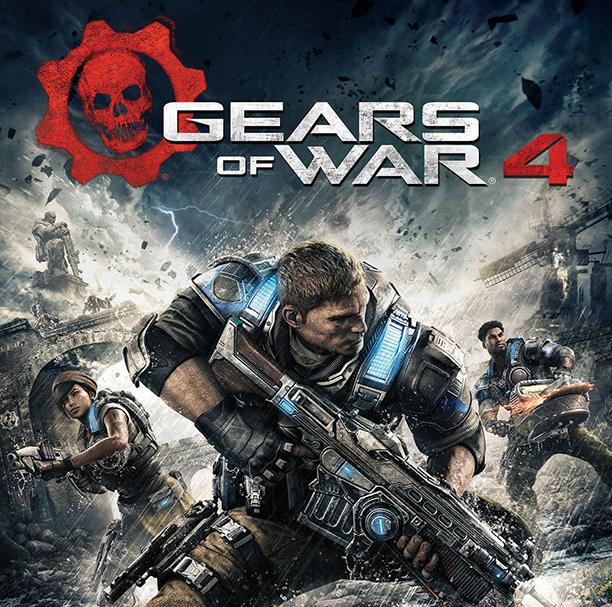 Microsoft says Gears 4 will feature a new “heart-pounding” campaign, as well as full-fledged, in-depth multiplayer modes, and impressive Xbox One visuals thanks to the game’s use of Unreal Engine 4.

Players can try out the new multiplayer options later this month with an open beta for Xbox Live Gold subscribers. The beta will be available from April 25th to May 1st, with those who purchased Gears of War: Ultimate Edition — last year’s remake of the first game — getting early access starting April 18th.