Recent global events have thrown many schedules and plans into disarray, even in the ordered chaos of the gaming industry. Games are launching late (some postponed indefinitely) while there are worries that new consoles would similarly be delayed. Fortunately for Xbox gamers, Microsoft continues to trudge the path towards new features for its Windows-based operating system and has announced some key changes that Insiders will be seeing ahead of everyone else.

One of the touted advantages of consoles over gaming PCs is their simplicity. Simply turn them on and start playing (presuming you already have a game loaded). That may have been true in past decades but consoles these days have grown up to be powerful multi-functional entertainment systems in their own right. Sometimes, that also means they eventually accumulate cruft in their interface to make room for an increasing list of features.

The 2004 update for April gives Insiders a glimpse into a new UI for the console, specifically with a new Simplified Guide. Navigating the Xbox One begins and ends with the Guide so developers have decided it’s high time to clean it up and make it easier to get to the important stuff quickly.

In more concrete terms, the Simplified Guide now comes with a new default tab order and groups a couple of items in a single tab. Parties & Chats, for example, now houses party, messaging, and invites. The gamer profile will be the new way to get to the Profile & System tab which includes Settings and other options, like customizing the new tab order. 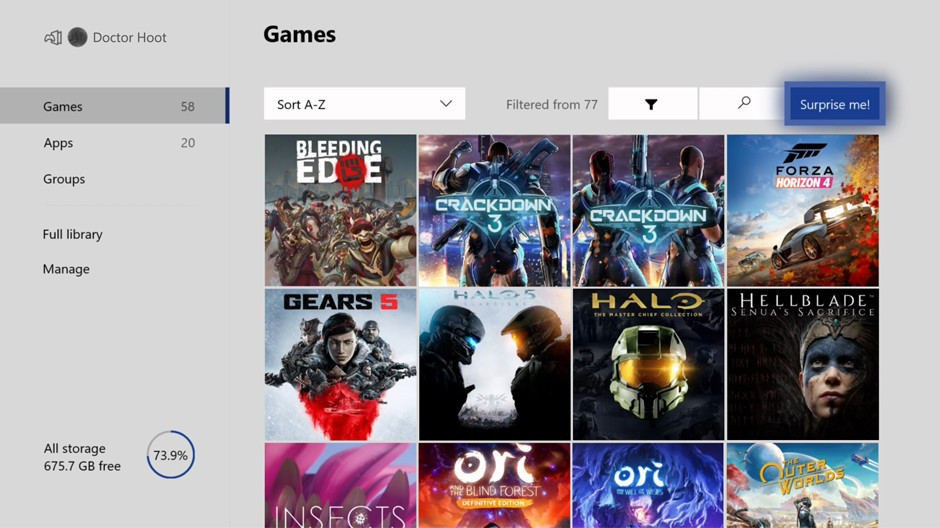 The update also moves Storage Management to the My Games & Apps settings which also gets its own visual update. The “Suprise me!” button has returned to help you make up your mind on what next game to play. Some Xbox Insiders may also see a few surprises that are not available to others as part of the platform’s experiments to solicit feedback before rolling it out to the whole world.