If you’re a big Star Wars fan with young children, get ready, you’re going to find this incredibly adorable and then want one for your own kid. A craftsman from New Zealand who builds wooden toys has constructed a rocker in the design of a X-wing fighter, paired with its own R2-D2 figure. While Steve Coupe has been building toys for some 25 years, this master piece is a one-of-a-kind that is meant to raise money for a children’s hospital.

Coupe said it took him a couple of months to build the mini wooden X-wing, spread out over several hours each night. He adds that he’s happy with the results, and the project was very fun and rewarding. 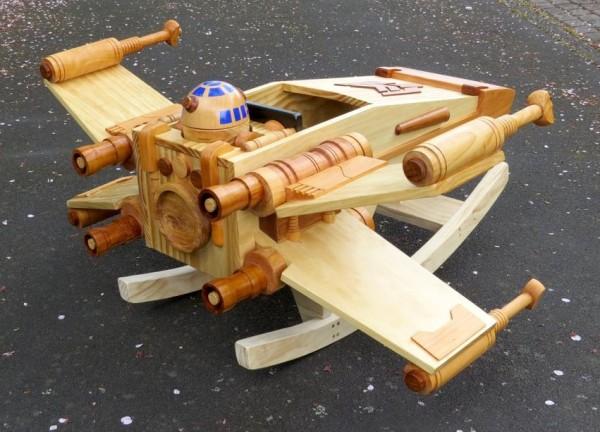 The rocker and removable R2-D2 are made out of several recycled or renewable timbers, including Radiata pine for the larger panels, native Macrocarpa for the gold parts, and native Rimu for the darker portions. Measuring 115 centimeters (45 inches) long, 120 cm (47 in) wide, 65 cm (25.5 in) tall, and 28 cm (11 in) wide in the seating area, Coupe built it so the wings and rockers could be removed for easier transport, with the broken down portions fitting in the back of a medium-sized car. 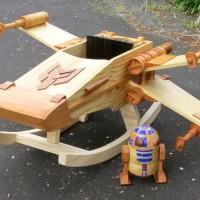 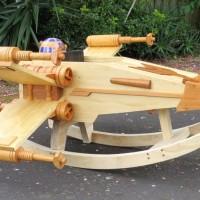 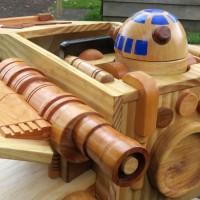 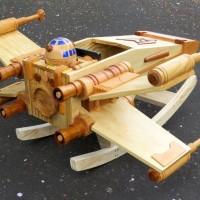 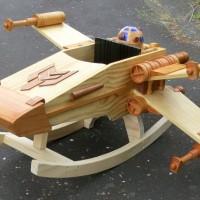 As for tips for anyone else who might want to build their own X-wing rocker, Coupe merely reiterates to make sure some parts can be dismantled, at the project turns out much larger and heavier than expected. But now that he’s finished with this one, there should be just enough time to build accompanying TIE Fighter and Millennium Falcon rockers before The Force Awakens is released.