Worms defense against plants has big implications for science

A unique compound of chemicals has been discovered in the guts of earthworms in a study on how these creatures break down toxins in soil. This study centered on polyphenols, chemical compounds produced by plants that contain phenol, aka carbolic acid. Soil is polyphenol-rich, meaning earthworms – who eat and process soil – need to cope with a “high-polyphenol diet.” They eat toxins, how do they do it? As it turns out, earthworms work with a compound scientists are calling “drilodefensin”, able to metabolize these toxins effectively. 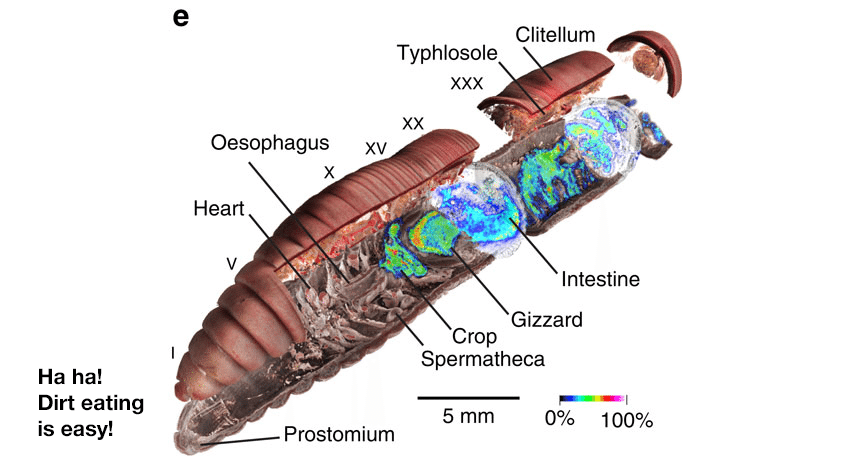 In this study, scientists have observed that as polyphenol concentration increases in an earthworm’s diet, so too does the drilodefensin in their systems. This effect occurs in both laboratory and field populations of earthworms.

The abstract of the paper published on this subject this week asserts that these scientists have “identified the key mechanism for adaptation to a dietary challenge in an animal group that has a major role in organic matter recycling in soils worldwide.”

Earthworms are responsible for turning over >1010 ton of plant carbon per year, and these metabolites “may play a key ecological role” in the turnover of soil vital to the circle of life on Earth.

We’ve reached out to the lead authors of this study to learn more about the implications of the discovery of drilodefensin.