World’s smallest Mona Lisa is on a DNA canvas

A Caltech scientist called Lulu Qian, an assistant professor of bioengineering has developed an inexpensive method using DNA origami to self-assemble into large arrays with customizable patterns. This allows for the creation of customizable patterns to create a canvas of sorts to display any image. To demonstrate the breakthrough, the scientists created the world’s smallest recreation o the Mona Lisa using DNA.

The DNA origami that is behind this creation is possible thanks to strict paring rules that the nucleotides in DNA adhere to when binding together. These nucleotides, abbreviated using A, T, C, and G are only able to bind only with A nucleotides to a T and C can only pair with a G.

The larger DNA canvas was assembled using smaller square origami tiles as if putting together a puzzle. The molecules can then be selectively attached to the staples to create a raised pattern that can be seen using atomic force microscopy.

The final structure that Qian and her team created was 64 times larger than the original DNA origami structure created by scientist Paul Rothemund back in 2006. Rothemund pioneered the DNA origami creation. The team also created software that allows scientist to create DNA nanostructures using fractal assembly. 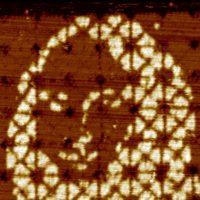 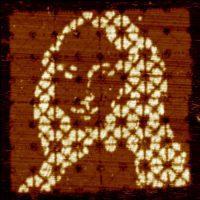 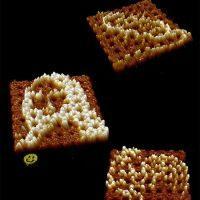