A new mode of gameplay was introduced this week in World of Tanks Blitz. The war machine fighting game now includes a dogfight battle mode called Gravity Force. Imagine you’ve got control of a massive cannon on treads that you can use to blast your friends into oblivion – but not here on earth. This tank battle takes place on the moon!

“Something strange is happening to the gravity in World of Tanks Blitz,” said a representative of the game World of Tanks Blitz. “The Maus can jump on hills, light tanks bounce backward after firing, all tanks drift when turning, and tank ‘dogfights’ are waged in the air.” 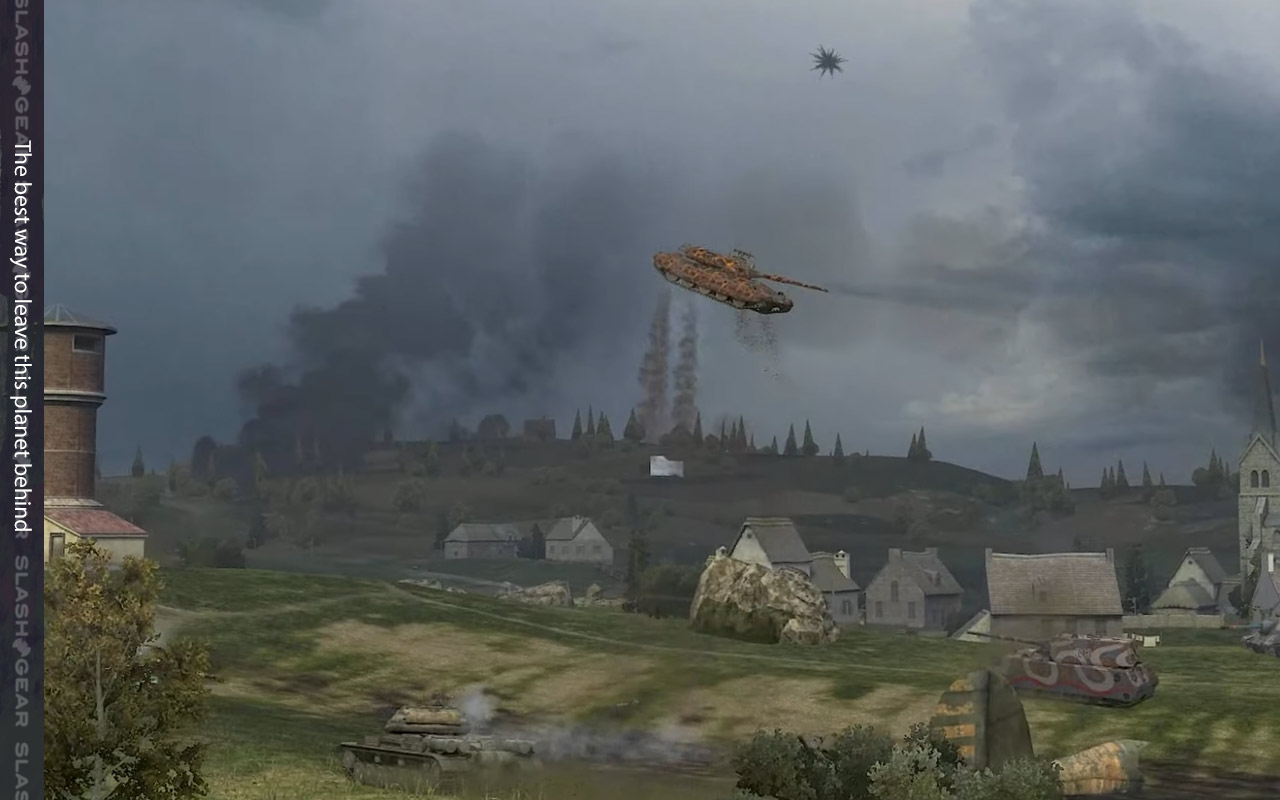 Gravity Force requires that you’re using a Tier V-X vehicle to enter. The mode of play says “launch yourself into low gravity! Bounce back and forth, float in the air, and watch your enemies fly awa-a-ay…” This is an absolutely real, not-a-joke, not an April Fools Day prank, mode of play in World of Tanks Blitz.

You’ll take any tank tier V or higher and head to the Sea of Tranquility on our moon, with our planet Earth in full view. OR you can choose to enact the same set of physics rules on a set of other maps here on Earth. Float over the dunes in Desert Sands or Oasis Palms, fly like a snowflake in Winter Malinovka, or blast your opponent into the sky in Normandy.

“Like string theory,” says the announcer in the video you’re about to see, “Low gravity completely transforms your idea of tank battles.” You’ll still be able to outfit your tank in a crazy kitty cat skin, you’ll still be able to smash into your opponents – and crush them under your bulk. It’s just all a bit more extreme, here and now.

This game is available for mobile platforms as well as desktop platforms. That includes iOS (iPhone, iPad), Android, MacOS (Apple desktop computers), and Windows 10. You can get it from the Apple App Store, Mac App Store, Google Play, the Microsoft Store, or on Steam.