The World Health Organization has launched a new app called mYoga that gives anyone who has an Android or iOS device free access to yoga workouts. The app was launched as a joint initiative with the International Telecommunications Union, according to the agency, which tapped BeHe@lthy BeMobile to develop the product.

Mobile fitness products have become increasingly popular as a way to get active and improve one’s health without signing up for a gym membership. These workouts are typically offered on smartwatches and as mobile apps that provide guidance on how to perform the activity, as well as related tools like heart rate and respiration monitoring to track whether the user is getting an adequate workout. 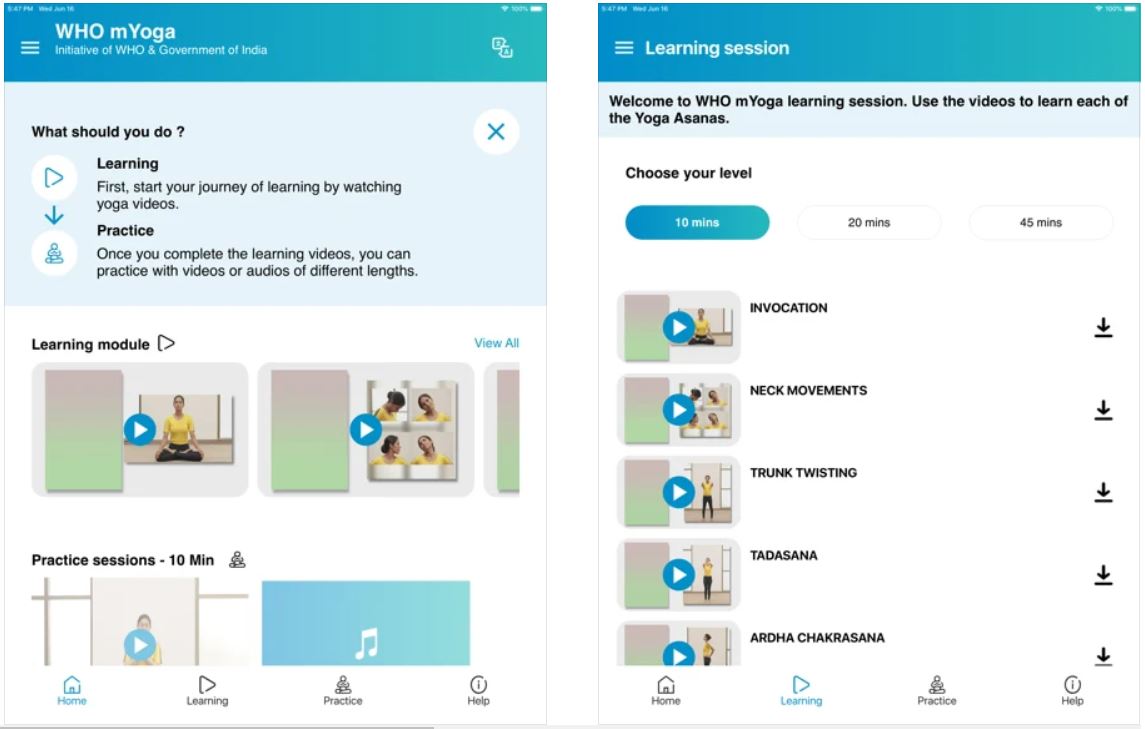 Yoga is a movement practice with spiritual aspects that has been around in various forms for thousands of years. The activity was identified as an effective form of activity under WHO’s Traditional Medicine Strategy for 2014 to 2023. The initiative aims to help member states implement traditional medicine as part of public health strategies in safe and effective ways.

Under that initiative, the World Health Organization’s Traditional, Complementary, and Integrative Medicine unit worked with the Morarji Desai National Institute of Yoga to launch mYoga, a free mobile workout app for Android and iOS.

Users who download the app get free access to audio and video materials related to yoga, as well as lessons and sessions that range from three- to 45-minutes in length. The app doesn’t track user data, according to WHO. With this new app, WHO hopes to encourage the public to participate in regular physical activity as a way to help protect against conditions that can lead to diseases, such as high blood pressure and obesity.

mYoga can be downloaded now from the Google Play Store for Android and the Apple App Store for iPhone and iPad.