With Perseverance’s successful landing, NASA now has a helicopter on Mars

After a short, dramatic descent today, NASA’s Perseverance rover successfully landed on Mars, giving the space agency yet another suite of instruments to explore the Red Planet. As NASA previously revealed, Perseverance is carrying with it an experimental first-of-its-kind machine: Ingenuity, the only helicopter humanity has put on another planet.

NASA refers to Ingenuity as a ‘technology demonstration,’ one that will be used to test operating a powered aircraft on another planet. The agency has warned that this is a very experimental test and that it can’t yet say whether Ingenuity will be able to successfully take off and fly on the Red Planet. 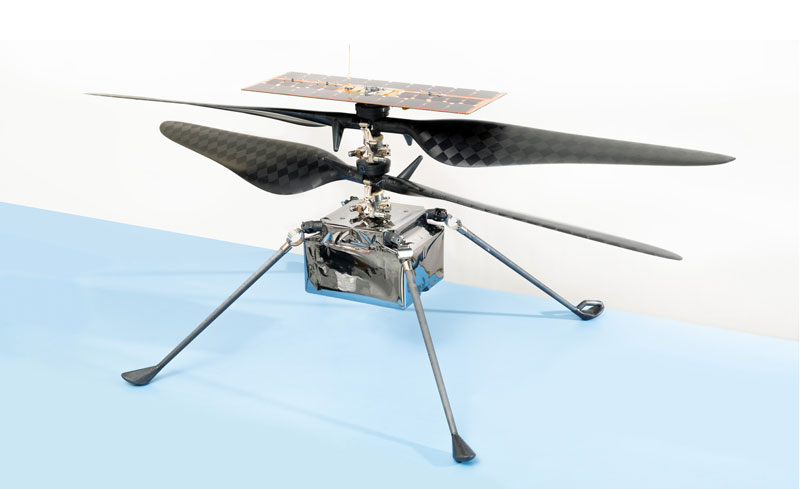 Assuming the helicopter does take off and fly as planned, NASA will conduct multiple flight tests over a 30-day period starting this spring. To kick things off, Ingenuity will only fly a few feet off the ground for around half a minute before landing. That will be a ‘major milestone,’ NASA explains, marking the first powered flight to happen on Mars.

Additional flight tests will increasingly push the limits, keeping the helicopter in the air for longer and taking it farther distances. After a Martian month of demonstrating Ingenuity’s technology, NASA will go back to its Perseverance rover mission. Only minimal commands from NASA will be sent to Ingenuity, with the aircraft doing most of its maneuvers on its own.

The helicopter has four rotors but doesn’t resemble the kind of helicopters you’re familiar with. The model weighs less than four pounds and was specially designed to handle Mars’ harsh environment. Ingenuity will be able to get up to around 15ft off the ground and travel distances of around 980ft at a time.