Windows 8 final build leaks instantly: should we have simply expected it?

It’s a scene right out of Tron: right upon the release of the final version of Microsoft’s new operating system Windows 8, it’s leaked to the web. Is it a sign of the times that an illegal download of one of the most widely anticipated operating systems in recent memory is available almost as quickly as someone could have accessed and uploaded it? Or should we be dismayed that in an age where information security is as much a hot topic as sharing is that we’ve got an immediate break?

You’ll find both real and fake versions of the final version of Windows 8 out on torrent and other sharing sites this evening. What you wont find is any certification or assurance from Microsoft that what you’re grabbing from the web is anything that’s not going to contain a virus. You’re certainly not going to find a download out there that Microsoft wants you to have right this moment as they’ve only pushed the software to hardware manufacturers right this minute.

Microsoft will not be comment on this situation as there’s really nothing to say. There’s always the warning that bootleg copies of their hero software are not the most fabulous things to be dealing with, of course. But what explanation can Microsoft give for this sort of incident? Maybe something like, “those responsible for the leak have been found, and will certainly be sacked.” 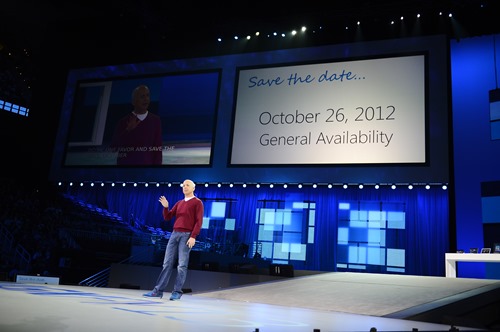 But here’s what we’ve got to take home from this situation: the actual final release of the software is coming on October 26th for the general public – that’s you. You can wait for that date, or you can grab yourself a new machine packed full of Windows 8 when OEMs ship out their new line of machines inside the next few months.

Have a peek at the timeline below for additional bits on how Windows 8 will be coming to your fingertips soon as well. And make the right decision: don’t steal it.