Windows 8.1 Start button won’t do what you expect

It’s been rumored for quite some time that Microsoft would be bringing back the Start button in Windows 8.1. This news alone has Windows users jumping for joy, but their celebrations may be premature, as the Start button won’t come back in full force, meaning that it won’t bring up a Windows 7-like Start Menu that we all know and love.

According to ZDNet, various sources says that the Start button will be placed in the same location on the task bar just like it was in past Windows versions, and it’s said that it will most likely be turned on by default, with the option to disable it in the settings if you prefer no Start button.

However, that’s where most of the familiarity ends. It’s said that pressing the Start button will bring up a full-screen view of “All Apps”, similar to the current Windows 8 view that users can get to when they bring up the app bar and select “All Apps.” Users can arrange the icons, though, but that’ll be the closest it gets to getting the Windows 7 Start Menu back. 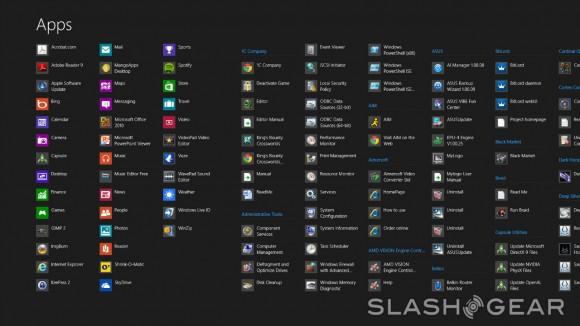 Of course, that’s not terrible news. Instead of a little window popping up, allowing you to browse your various applications, the new Start button in Windows 8.1 will bring up a full-screen view of practically the same thing that you would see in the Windows 7 Start Menu — it’s just a different look, obviously.

As for the boot-to-desktop feature that has also been rumored, it’s said to be in the latest Milestone Preview of Windows 8.1, along with the Start button, which means that we’ll hopefully see these new features in the final update. The boot-to-desktop feature also works just how it sounds, allowing users to boot straight to Desktop Mode, skipping the metro-style start screen altogether. It’s also said that the update will allow users to set the same background image between Desktop Mode and the start screen, allowing for a more unified look to the OS.