Windows 11 is barely a month away, and its requirements have mostly settled down by now. There seems to still be some misunderstanding and miscommunication, even with the latest PC Health Check app, but the baseline for the next Windows release is already set in stone. That said, Microsoft isn’t going out of its way to black anyone from installing Windows 11 on “incompatible” devices, but it will try to scare you off by letting you know that you’re on your own when it comes to security and warranty.

Microsoft earlier clarified that its PC Health Check and minimum system requirements only mark computers that are eligible to upgrade to Windows 11 through regular channels, specifically Windows’ built-in system upgrade utilities. While not all computers running Windows 10 today will fit that bill, there are still ways to legally get a copy of Windows 11 through other channels. Just like with Windows 10, Microsoft won’t block those, but it will you know it doesn’t support it either.

The Verge reports that the Windows 11 installer it used to update to the latest beta showed a wall of text that acts as a warning to anyone forcing the installation of the operating system on “unsupported hardware.” The usual disclaimer about potential damage that isn’t covered by warranty isn’t exactly out of the ordinary. What could be more worrying is how it says that the PC won’t be entitled to receive updates either. 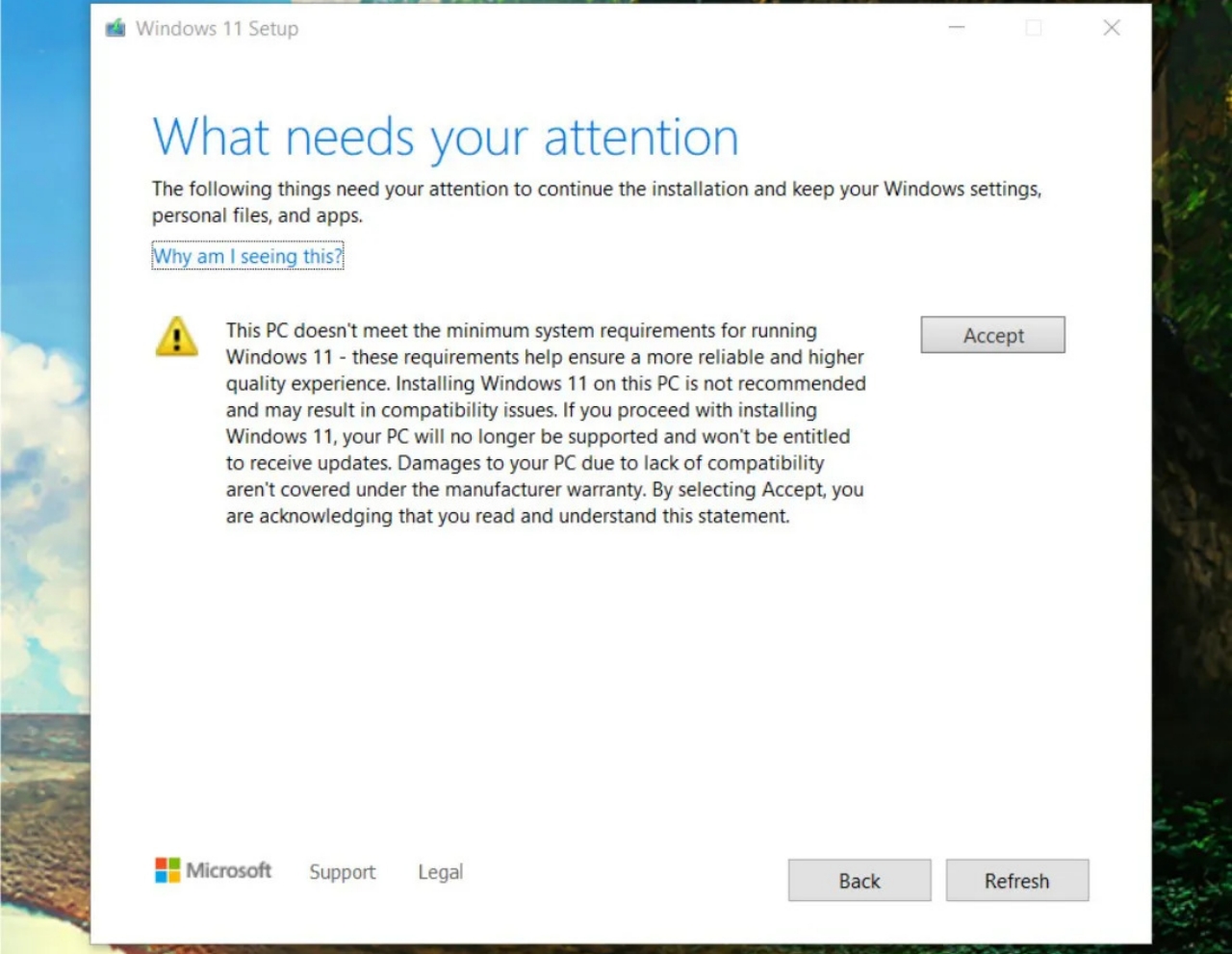 This possibility was briefly covered by the site last month as a consequence of installing Windows 11 on supported devices. So far, Microsoft hasn’t formally confirmed this waiver, but it also doesn’t sound far-fetched that it would resort to this kind of scare tactic to cover its legal bases.

There is still, however, some debate over Microsoft’s hard requirements on the generations of Intel and AMD processors to be officially supported by Windows 11. There are plenty of older Windows 10 computers that are more than capable of handling the next release, and their unsupported status might force owners to go via this unofficial route. Those computers would then be vulnerable to malware and attacks, which, in turn, could give Windows 11 a bad name, regardless of a waiver.